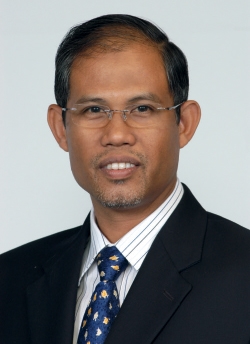 Masagos Zulkifli was born in 1963 and educated at Bukit Panjang Government High School and National Junior College. He graduated with a degree in Electrical Engineering in 1988 and a Master’s in the same field from the National University of Singapore in 1994. He began his career with Singapore Telecommunications Limited in 1988 and was awarded a SingTel Postgraduate Scholarship and obtained an MBA from the University of Southern California in 1995. He left Singapore Telecommunications Limited for public office in 2006 and is currently Senior Minister of State at the Ministry of Foreign Affairs.

Share on:
I had the privilege of making my introductory visit to the Kingdom of Saudi Arabia in November 2013. It was an honor for me to visit not only the vibrant […]

I had the privilege of making my introductory visit to the Kingdom of Saudi Arabia in November 2013. It was an honor for me to visit not only the vibrant and bustling cities of Riyadh and Jeddah, but also the holy cities of Mecca and Medina. Singapore values Saudi Arabia as an important partner in the Middle East region. There has been a steady stream of senior Singapore leaders to the Kingdom in recent years. These include then-Senior Minister Goh Chok Tong, who led the way for our deeper engagement after his visit in 2005. This was followed by visits by Prime Minister Lee Hsien Loong in 2006, then-Minister Mentor Lee Kuan Yew in 2006 and 2008, and Deputy Prime Minister and Minister for Home Affairs Teo Chee Hean in December 2012. Such high-level interactions have allowed our leaders to establish a comfort level and familiarity with their Saudi counterparts, and have provided the impetus for strengthening bilateral cooperation.

Our economic ties with Saudi Arabia are significant. We imported more than SAR40 billion of crude oil from Saudi Arabia in 2013. However, we can do more to diversify our economic relations away from crude oil. Singapore companies have built world-class expertise in environmental engineering, transport and logistics, info-comm technologies, and the oil and gas sectors, and are keen to collaborate with their Saudi Arabian counterparts in these sectors. There have been several successes. For instance, Singapore companies have built oil tanks in Jubail, provided operations management services at Dammam’s King Fahd International Airport, and are constructing the second container terminal of the King Abdulaziz Port in Dammam.

Singapore can also serve as a base for Saudi Arabian companies to springboard into the ASEAN region, China, and India. I am happy that prominent Saudi companies such as SABIC and ARAMCO have taken the decision to base some of their business activities in Singapore and welcome more Saudi companies to do so.

Both our governments can help our companies through the signing of trade agreements such as the Gulf Cooperation Council-Singapore Free Trade Agreement (GSFTA). The GSFTA, which entered into force on September 1, 2013, is the first FTA concluded by the GCC with a non-Middle East country. This marks an important milestone in our relationship and I would like to thank Saudi Arabia for its support. Both sides are presently looking into the implementation of the agreement. The GSFTA will further enhance the close economic ties between Singapore and Saudi Arabia as well as the other GCC countries.

While our respective governments can build bridges to encourage cooperation, sustained economic engagement can only be achieved through the cooperation of the private sector. In this regard, I applaud the efforts of the Saudi-Singapore Business Council (SSBC) in promoting business and trade relations between our two countries.

My visit to Saudi Arabia has convinced me that there is great potential for cooperation beyond the economic sphere. We must encourage more people-to-people and student exchanges so that there will be greater appreciation of each other’s culture and history, especially among young Saudis and Singaporeans. We can then build the foundation for a long-lasting friendship and cooperation, based on mutual trust, respect, and understanding.