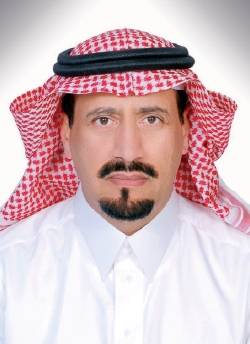 Up the Coverage Rate

Share on:
What services do you provide to the Saudi Arabian people and where is the council positioned in the network of national healthcare and private providers? The health insurance law was […]

What services do you provide to the Saudi Arabian people and where is the council positioned in the network of national healthcare and private providers?

The health insurance law was announced by the Saudi Arabian Royal Cabinet in August 1999, and the law aims to cover everyone working in the private sector, be they Saudi or non-Saudi nationals—around 12 million people are targeted by this law. It does not cover public-sector workers. The health insurance system constitutes around one-third of the Saudi health system. The Council of Cooperative Health Insurance (CCHI) is an independent governmental agency that seeks to govern the lawful rights of the insured. The main stakeholders are health insurance companies, employers who pay the health insurance premiums, and the healthcare providers. The CCHI’s task is to ensure that the law is carried out to the satisfaction of those covered. Healthcare service providers, including public and private healthcare facilities such as Ministry of Health hospitals, have to register with the CCHI to be eligible to treat insured patients. The Minister of Health chairs the CCHI board, which consists of 10 council members. The CCHI shares responsibility with the Saudi Arabian Monetary Agency (SAMA). SAMA regulates the insurance companies as a financial entity; they regulate and control the financial aspect of the health insurance sector, including the solvency issue. SAMA applies the insurance companies’ law. The employers are fundamental stakeholders. The CCHI deals with other stakeholders, too, and they’re represented on the board. They are the Ministers of the Interior, Health, Finance, Labor, and Trade, and the Chamber of Commerce, as well as government healthcare providers and the insurance sector. The CCHI expects groups to be targeted for health insurance, such as visitors to Saudi Arabia, whether for business, leisure, or educational purposes. Another issue is universal health insurance, which is awaiting a government decision. There will be health insurance for the remaining two-thirds of the population. It would be a social health insurance system, like those we see in Europe.

In 1999, the act that formed the CCHI was amended to require those Saudis working in the private sector to have private health insurance. How did the CCHI respond to that change?

When the law was created in 1999, it was applied to non-Saudis working in the private sector, stipulating that it might later include Saudis working in the private sector as well. That amendment came through in 2003 or 2004, and it was up to the CCHI to implement it. We started with the big companies, working our way down through medium to small companies, because we didn’t want a bottleneck and we wanted our tools to be ready for everyone. We started with non-Saudis and their families, then Saudis and their families. The SAMA report can also give you a good idea of how the sector has grown and developed since implementation.

What are the opportunities for foreign private health insurance providers in Saudi Arabia?

There cannot be any non-Saudi private healthcare providers in Saudi Arabia. The insurance companies must be Saudi by law and must have a minimum capital requirement of SAR100 million within the country. The company has to be at least 51% Saudi owned, meaning a maximum 49% foreign owned. However, we still see strong potential for major multinationals in Saudi Arabia.