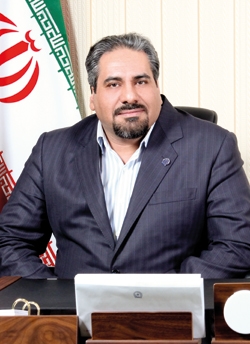 Mohammad Reza Fallah obtained a Master’s degree in Econometrics in 1992 and went on to pursue a PhD in Economics in 2000. He then assumed the position of General Director of the Office of Macro Economic and Planning Studies of the Ministry of Information and Communications Technology from April 2001 to September 2002. In late 2002, he became Advisor and General Director of the Coordination and Supervision Office of Social and Cultural Affairs. He has been Chancellor of Payam-e Noor University, Varamin Branch since July 2006 and Chairman of Tejarat Bank since April 2012.

Share on:
How has the privatization program changed the Iranian banking sector, and how has it affected Tejarat Bank in terms of competitiveness in the market? According to the principles of Article […]

How has the privatization program changed the Iranian banking sector, and how has it affected Tejarat Bank in terms of competitiveness in the market?

According to the principles of Article 44 of the constitution, most of the banks in the country have been privatized. In line with this, 10 banks are presently listed on the Tehran Stock Exchange (TSE) and another six are traded on the Farabourse. Tejarat Bank was privatized in 2009 and at the moment only 10% of its shares belong to the government. The other 90% of the shares have been allocated to the private sector through the TSE. The banks that have listed on the Farabourse only allocated 20% of their shares to the public. In general, bank shares are highly liquid, and by granting credit, the banks are seen to play an important role in the GDP of the country. The balance of credit in the whole banking system is around 17% of GDP. In addition, the value of bank transactions is increasing and capital investments are also on the rise. The appetite for privatization in the finance sector is still very high, and the government is creating new rules to divest even more. In this framework, we try to keep Tejarat Bank competitive by providing new services such as mobile banking and e-banking. On the other hand, we are going to mix these services with others in order to provide added value. Naturally, by providing these new electronic services, we are expecting to gain more deposits, and we anticipate that digital money will soon replace cash. We have observed that people are less interested in withdrawing money, and we are focusing on this fact with new investment projects.

How do you intend to increase the penetration rate for digital money services?

We are focusing on several projects in order to increase the penetration of digital money services and credit cards. One of the most important aspects of this drive is the electronic money basket, and we can develop it through enhancing the POS system. This can be done in many ways, such as installing wireless POS systems on taxicabs. We also plan to provide every food delivery employee with a wireless POS system, so customers can pay for their take-out food electronically. In our program, we would like to increase the presence of ATM machines as well as introduce mobile ATM machines on vehicles that travel around the city. We already provide a similar service, which is useful when an exhibition or fair is being held. Instead of going to the ATM, the ATM comes to you.

How does the bank aim to add value?

We have recently introduced a new card called “Easy-Buy” to the market. It’s more or less a credit card and we have signed an agreement with private companies, such as supermarkets, department stores, and malls, and people can buy specific products for less. The commission fees for these transactions are very low, and the one that is charged is from the seller, not the buyer. In the meantime, we are defining some new services on POS machines since the technology for POS systems is cheaper than for ATMs. I think within the next year we can start replacing ATMs with POS machines, but the process is ongoing. We are doing the same thing for mobile services, and we are now in Phase II of that process. We will reach the final phase in 3Q2013.

“We are focusing on several projects in order to increase the penetration of digital money services and credit cards.”

Which specific segment of your clients are you targeting for these new products?

We are not restricted to a specific target group right now, as we are targeting the whole society. Of course, in the near future we will focus more on specific segments of our clients, for example students or corporate customers. The value of actual transactions, roughly 22 million ATM transactions a day, demonstrates that this operation will be fruitful, especially among younger customers who are more attracted to new, reliable, and advanced products.

How would you appraise the resilience of the Iranian banking sector?

It is clear that the banking system worldwide is facing challenges, but we have found different and interesting opportunities domestically. With the increase of the currency exchange rate we can actually increase our exports and decrease our imports, developing and strengthening industrial production within the country. The increase in exports will lead to employment growth, and our goal is to support companies within the country to grow and expand. We foster the private sector because the government is divesting and private companies want to be competitive and strong in the market. Since government revenues are reduced, non-oil exports will increase and will soon replace oil exports. In the past, when importers needed foreign currency, they had to turn to the Central Bank, which would provide foreign exchange. Now, we buy foreign exchange from non-oil exporters so they can easily make transactions in foreign currency outside the country. There’s now no need to bring foreign currency into the country and sell it again. The dependency of the private sector on foreign currency is getting lower day by day, production for exports is developing, and imports are decreasing. All things considered, we would like to share our presence in the monetary market with visible changes in the ICT sector through direct investment in order to reach international standards, providing new tools in the national banking system and in the capital markets.