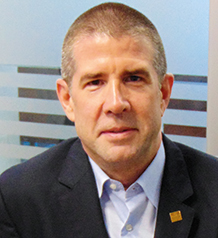 Michael A. Morales graduated from the Massachusetts Institute of Technology and the University of Pennsylvania, Wharton School of Business. He has been involved in various functions in engineering in the gas and chemicals business as well as in the corrugated packaging business management and has worked with startups, CAPEX projects, cross-border projects, and managing groups, and others. He has been involved with SIP as a board member for four years, vice-president for three years, and as president since September 2016.

What role does the industrial sector play within Panama’s development?

Unfortunately, it does not play a large enough role. Panama is different from its neighbors and is focused on services but not on goods. About 30% of our neighbor Guatemala’s GDP consists of industry, in Costa Rica it is somewhere around 20%, and Panama it is only 5.5%. We have seen a decline in the matrix of our economy from around 17% about 20 years ago to 5.5%. Industry used to be the fourth-largest employer but today is around fifth, close to construction. Panama made a conscious decision to focus on services despite the fact that 80% of global transactions occur in goods in manufacturing while only a small part is services. Most of our GDP consists of things like logistics, banking, financial services, and legal services, which is only a small part of our economy. Perhaps less than 0.5% of our GDP is legal services and all offshoring services. We are in an unfortunate position today; however, we are proud to have a robust service industry and perhaps the best infrastructure in the region. As far as moving cargo, Panama is a logistic center, which has been the case not just in the last 30 years but for 500 years. There are about 6 million containers that go through the canal; the potential is so great but we are not capable of seeing it. Most of the raw materials that cross from one part of the world to the other in fact go through Panama, and we have spent the better part of 100 years watching containers go by. If we are to be a logistics point in the Americas or the world, we should think about adding value to some of that because moving things in the long term is not a sound business model. We will need to add value to the goods that are moved through our canal and that is where we need the industry to play an important role.

What is SIP’s mission and vision?

We have been in business for over 70 years and have two main objectives: to safeguard the existing industry in the country and to incentivize new investment in the sector. For the first part, we need to be able to make our industry more competitive, so we organize several events. We can move our industry forward by transferring knowledge and bringing people in. We have a strong component, namely training, and we have added that into the services that SIP offers. The second component is to attract new business. We have to have legislation, which is what we are working on right now to incentivize investment in the industrial sectors. We have industry but it is not where it needs to be and it starts by changing how we present ourselves. We have been successful and so have hundreds of other people; we have about 130,000 employees in industry so it is a small component but it is there. Perhaps we need a policy and not just a law, as these are two entirely different things. One is a tool that is a means to an end while a policy aligns everything. Our neighboring countries are able to focus on industry; they have natural resources but no canal, and they have roads but they are terrible, so how are they able attract large industries such as pharmaceuticals, biotech, and electronics? We have two issues to work on: maintaining our competitiveness and working on getting new investment.

The number-one priority is a new piece of legislation that allows the local industry to increase its activity. That is my number-one project for the year and we are working closely on this with people from the Ministry of Commerce and Industry.