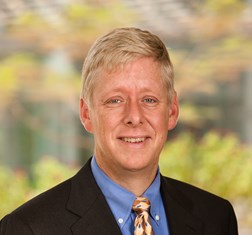 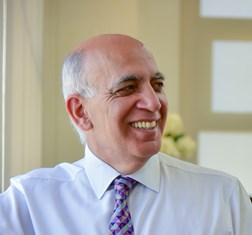 Share on:
The Emirate's leading universities are pulling out all the stops to develop the kind of students who will conduct the necessary research to produce new knowledge.

How has the university evolved in the last year, and where does it position itself within Abu Dhabi’s education system?

TOD A. LAURSEN The most obvious area of development has been the continued organization and evolution of the new Khalifa University of Science and Technology, formed by the merger of the former Khalifa University, Masdar Institute, and Petroleum Institute. 2017 was a busy year with many developments aimed at reviewing, unifying, and streamlining all our academic programs after the merger. Looking at our student body, we are advancing toward our ultimate goal of having a total of 5,000 students, having registered about 550 undergraduate and 150 postgraduate students for the current academic year . If we look at the research sphere, new collaborations are emerging within our strategy consisting of setting up focused research institutes in both the Petroleum Institute and Masdar Institute under the new umbrella of Khalifa University. More particularly, we seek to shape the new image of the Petroleum Institute as a center of excellence focused on petroleum-related research in the newly merged university. Finally, in terms of offerings, we have a great deal of capability in AI, robotics, and automation and are planning future institutes that will be announced in the coming months. In the longer term, we aim to roll out medicine and management studies.

WAQAR AHMAD For centuries, universities and higher education institutions have adapted to technological change. Although this is not the first time a technological revolution has entered the higher education space, currently, there seems to be a knee-jerk reaction to technology and the potential disruption brought by machine learning and AI. However, historical predictions regarding the influence of technology have often proven to be wrong. Assuming that AI is going to be a massive aspect of the future does not mean that universities should only focus on AI to the exclusion of other current disciplines. Technology will surely require that universities change their approach to the way they educate students. The core mission of universities is, at a fundamental level, to be a disruptive force, and they will continue to do so by teaching problem solving, flexibility, leadership, and courage. Our graduates must be able to cope with the world of tomorrow, which is why knowledge areas across a number of subjects will still be vital.

What are the major gaps in the UAE education system?

TAL Khalifa University focuses on developing both undergraduate and postgraduate programs, specifically in the sciences, adding physics, biology, and computer science to its current crop of math and chemistry. Many of the gaps in the education sector are in technology and sciences, and both the Abu Dhabi and federal government have identified and created specific programs to address these. The Ministry of Education, for example, has created a future teachers program, whose philosophy is to have a larger cohort of people delivering primary and secondary education for the love of science. In a way, they are scientists first before developing their passion for pedagogy. The challenge will consist of making sure these programs are developed well enough so that students and parents do not think of teaching science as the only opportunity afforded by these programs. Just like math can lead to employment in the financial sector, there are diverse opportunities to be created for those trained in the science programs. Our government has recognized that engineering is well established in this country and wants to establish science on a similar footing.

WA Research is the fuel that runs the engine of universities. However, there are still improvements to be implemented in this field in the UAE. The education sector has more than 120 universities, yet only a small number of them have international connections and internationally recognized accreditations. We have to develop an ecology that works for the UAE; however, we can learn from experiences elsewhere. For example, a model based on the EU framework programs could benefit the entire region to create a built-in incentive for collaborations within the UAE and across the region. Internally, there must be a system of support to allow Tier-1 universities, public and private, to develop the necessary research that produces new knowledge. This would then help universities become the engines that drive a knowledge-based economy and make the nation competitive on a global scale. The alternative is to borrow or buy technology from abroad, which would preclude us from building local and regional capacity and getting lateral benefits. Surely, the country has achieved an extraordinary amount in a relatively short period of time; however, there is a need for institutional and financial support to ensure that research can reach a world-class level.