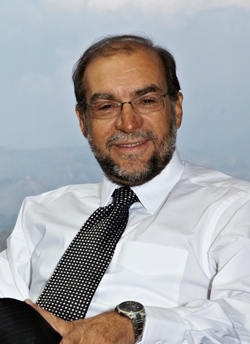 Francisco De Angulo has more than 41 years of experience in the construction sector. Between 1971 and 1976, he worked in a range of construction firms, before moving on to serve in several companies throughout the 1980s and 1990 that have now come to form the present day SAINC society. He is currently CEO of SAINC S.A.

Share on:
"When starting operations in any market, you need strong growth to properly take off from the beginning."

What are the main strengths of the Colombian construction sector?

As a whole, the sector foresaw the current boom ahead of time, and that has enabled us to prepare ourselves for this moment. In particular, we were ready for the increasing arrival of foreign companies in the country. There have been already several large projects developed in the sector, but I believe the real boom is yet to come.

How are the public and private sectors working toward the development of the infrastructure sector in Colombia?

Public-private partnerships (PPPs) are great tools for boosting cooperation between both sectors, contributing to the faster development of the infrastructure sector. SAINC S.A. currently participates in nine different PPPs in the construction of aqueducts and roads. We can say that there are over 250 ongoing PPPs in Colombia at present, and our company is set to increase its project portfolio as a result of this model of construction.

“When starting operations in any market, you need strong growth to properly take off from the beginning.”

How can the sector advance toward an increased level of professionalization among its human resources?

Keeping in mind current employment figures that show that the construction sector is the largest employer of all the economic sectors, with over 1.2 million people, the sector’s capacity to generate employment opportunities should grow by five fold over the coming five years. SAINC S.A. employs around 1,500 people today, and we plan to reach 10,000 within five years.

Why was your company rebranded 20 years ago?

The company was established in 1976 under the name Otero, Tafur y Duran Ltda, and I was the first employee of the company. After five years of operations, the company was experiencing some serious challenges, and I proposed that I take over from the three founders of the firm to run it. I took over along with two relatives. The company has been slowly but gradually evolving ever since then.

What were the main challenges you had to face during this period of time?

The sector experienced a considerable crisis around 15 years ago, and we were only one step away from closing down the company; we literally had no business activity. However, the US Mining Institution contracted us to develop a number of projects in Colombia, and this changed everything. It helped us to maintain our activity during the years of crisis, and pushed us to develop infrastructure projects in other regions of the country, and ever since we have been growing. SAINC S.A. has developed many projects across the country.

What have been the main projects you developed in Cali?

We have had a great amount of projects in the city of Cali and its surroundings. Some of these include: buildings for the most important universities, Pontí­ficia Universidad Javeriana, Icesi University, and San Buenaventura University; buildings for three major banks, Banco de Occidente, Bancolombia, and Banco de Bogota; the most important shopping centers, Chipichape, Unicentro, Cosmocentro, Premier Limonar, and most La 14 branches; two of the most important hospitals in the city, Hospital Imbanaco and Fundación Valle del Lili; one of the major avenues in Cali, Avenida Quinta, as well as the Cali-Yumbo Highway. Nationally, we have completed many projects as well. Among these are: the tunnels for the deviation of the Cauca River in Ituango-Antioquia, the large shopping mall La Primavera in Villavicencio, the building for the Colombian Chamber of Infrastructure (CCI) in Medellí­n and the building for the Fiscalí­a General de La Nación. We are about to start developing the Urban Renewal Plan “El Pedregal,” and a development project called America Centro Mundial de Negocios in Bogotá D.C.

Since the company expanded its activities to Peru in 2013, could you tell us a bit more about the internationalization process SAINC S.A. has been experiencing?

When starting operations in any market, you need strong growth to properly take off from the beginning. That is what we did in Peru, where we secured the construction of three different projects. The three contracts we closed in Peru are large in size and scope. For the moment, we want to strengthen our position in Peru, and after that we will look into moving to another neighboring country. The Bolivian authorities have already shown interest in us developing certain projects there.

What role could companies like SAINC S.A. play in a post-conflict Colombia?

Peace would undoubtedly act to further boost the development and growth of Colombia. SAINC S.A. is willing to fully support the peace agreements and give everything possible to make such agreements last. Everybody will benefit from peace in the country, and we are set to contribute in whatever form is deemed necessary.

What have you learned from your vast experience in the sector?

There are three main qualities that any constructor should always look out for in projects. Quality comes first, followed by always carrying out the promises that have been made. These are two aspects of the job in which SAINC S.A. excels. Profitability must also be kept in mind. When it comes to development, it is important to understand the requirements and demands of the market, and ensure you have enough flexibility to adapt to a changing market.