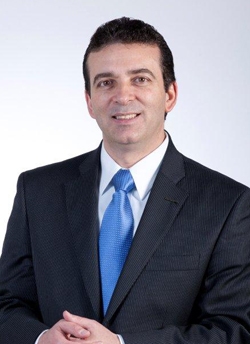 Airton Cousseau has a degree in Business Administration from the Federal University of Parana, Brazil, as well as advanced degrees in Marketing from the Universidad De La Republica, Uruguay, and Finance from the Universidad De Montevideo, Uruguay. He has a strong background in import and export marketing, finance, dealer network development, accounting, sales, and after-sales services. He has more than 20 years of automotive industry experience. He previously held a number of management positions at General Motors in Brazil and in Detroit. He was also the Executive Director for Hyundai Motor in Brazil.

Share on:
"Mexico was the first country where Nissan established manufacturing operations and facilities outside of Japan in 1966."

How did Nissan become the biggest automotive exporter and investor in Mexico’s automotive sector?

Mexico was the first country where Nissan established manufacturing operations and facilities outside of Japan in 1966. Today, Nissan Mexicana is the operating global benchmark for the corporation when we look at some of the key metrics: sales volume, market share, manufacturing, the financial arm (Credi Nissan) and investment, among others. Nissan has been the sales leader in the market for 61 consecutive months, as of June 2014, when we established a 26% market share. We firmly believe that Nissan has maintained its leadership in the Mexican automotive industry primarily due to various key elements, the first being our talent in our team, a winning mindset philosophy, and our product portfolio that reflects our passion for innovation, quality, durability, and reliability. We also have top satisfaction indexes in both sales and customer services. We also have a network of dealers with more than 230 modern and efficient facilities in optimal locations, with solid geographical coverage. We have a strong financial arm through Credi Nissan, the leading financial institution in the country. We count among the leading manufacturing operations in the country, through our three plants. Nissan has been established as the top investor in the country in this decade, through two particular projects, including investment in a second plant in Aguascalientes in which we started production for the new Sentra in November 2013, incorporating the first phase of a $2 billion investment. Most recently, as of June 27, 2014, we ratified a partnership with Daimler, representing an additional investment for another plant in Aguascalientes, incorporating a $1.4 billion investment for the production of Infiniti and Mercedes-Benz vehicles.

Nissan has opened its third production plant in the country, located in Aguascalientes. What will this new plant bring for Nissan Mexico in terms of job creation and production?

In November 2013, Nissan inaugurated its third plant in Mexico, involving the first phase of a $2 billion manufacturing complex in Aguascalientes, Mexico. The Nissan Aguascalientes 2 plant incorporated 3,000 direct jobs to operate the plant, with an annual capacity of 175,000 units, taking Nissan’s total manufacturing capacity in the country to 850,000 vehicles. The Sentra produced in this new plant is being exported mainly to the US and Brazil, along with satisfying the local demand for this vehicle, which is among the top-10 selling vehicles in the country. Most recently, the Renault-Nissan CEO Carlos Ghosn and Daimler CEO Dieter Zetsche announced that both companies agreed to establish a 50-50 joint venture, the business entity that will oversee construction and operation of the new plant in Aguascalientes, the third one in the state, and fourth in the country. The new plant will be built in the immediate vicinity of the already existing Nissan plant and will have an annual capacity of 300,000 vehicles when fully ramped up. The start of production is planned for 2017 with Infiniti models. The production of Mercedes-Benz branded vehicles will follow in 2018. Daimler and Nissan will share the total investment cost for Aguascalientes of approximately $1.4 billion. The companies will add almost 5,700 jobs (including engineering, line workers, and support staff) by the time the plant reaches full capacity, expected in 2021. In addition, a high localization rate will significantly increase the Mexican supply base, while also incorporating more than 10,000 indirect jobs. These two investments confirm, just in this decade, a total figure of over $3.4 billion, while also generating almost 9,000 direct jobs, along with more than 20,000 indirect jobs.

“Mexico was the first country where Nissan established manufacturing operations and facilities outside of Japan in 1966.”

What role does innovation play at Nissan Mexico?

Innovation is the central part of Nissan’s DNA. It’s proven that in Mexico our vehicles have a clear, strong reputation for quality, durability, and reliability, including six of the top-10 selling vehicles in the country, all locally produced. NissanConnect is one of the top technological innovations we have incorporated in our vehicles, a service that allows the user to synchronize applications from a smartphone, to his or her Nissan vehicle, enabling customers to stay in touch no matter where they go. We also have Nissan Safety Shield, which provides the driver with an all-around driver support system, including around-view monitor, back-up collision intervention, lane departure prevention, and distance control assist. Nissan Safety Shield monitors 360 degrees around the car for risks, offers warnings to the driver, and takes action to prevent an accident. One of the latest additions to the Safety Shield technology program is the smart rearview monitor; the world’s first LCD monitor that helps provide clear rearward visibility unimpeded by traditional obstacles such as cargo, tall passengers, inclement weather, or the design of a vehicle. This technology will be incorporated into our vehicle line-up starting 2015. Nissan has been the first automotive company in the country to launch an electric vehicle this summer, the 100% electric zero emissions Nissan LEAF, after more than two years of working to establish infrastructure in various states, along with pilot taxi programs in Mexico City and Aguascalientes. We are working to expand our infrastructure in 2014 and beyond. Nissan has incorporated in Mexico the solid base and the elements that have made our zero emission strategy the most relevant around the globe, with a global market share for electric vehicles of almost 50% through 35 countries in which the LEAF is sold, with more than 120,000 satisfied customers in over two years. Among the activities that we conducted we established the world’s largest electric taxi pilot program with 50 units in the city of Aguascalientes. We are also coordinating efforts with the government of Morelos to integrate soon the first electric corridor in Latin America between Mexico City and Cuernavaca.

The automotive industry employees 500,000 people in Mexico and represents approximately 4% of GDP. What will 2014 bring for Nissan Mexico?

In 2013, Nissan established a new sales milestone in the country with over 267,000 units sold. In 2014 we are looking forward to surpass this figure, even with an industry that has shown a contraction in this first semester. Along with that, our manufacturing strategy is considering a new milestone of 800,000 units for this year. The base to continue with this growth is well established in the top talent we have in a team of more than 14,500 employees, our leadership mentality, a solid financial arm, customer satisfaction, and preference for our vehicles, along with the introduction of products with top innovation in our line-up such as the Nissan LEAF and Nissan Xtrail, along with consolidating stronger sales of products with higher growth potential like Nissan Versa (the second best-selling vehicle in the country), Sentra and Altima (integrating new technologies and connectivity), Pathfinder (the new favorite crossover for the Mexican public), and Nissan NOTE, among others. Through the recent investment announcement in partnership with Daimler, we look forward to the day in which Nissan will produce over 1 million vehicles in the country.