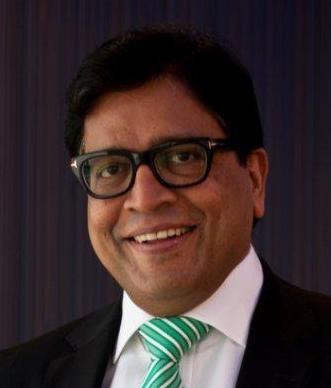 Ullattil Achu has been the Group CEO of Dyarco International Group since 2005. He has over 22 years of holding executive management and business leadership roles with prominent international banks, including consulting for a World Bank-funded project. He holds executive and senior directorship in some of the group’s companies including Jotun Paints Qatar, Leminar Qatar, Al Failaq International Trading, Qatar Oilfield Supply Center, and Singapore Petroleum Qatar, to name a few.

Share on:
In the last 30 years, Dyarco has been an integral partner in much of the infrastructure development in Qatar, including the upcoming FIFA World Cup.

Dyarco is celebrating its 30th anniversary in Qatar. How has the company’s growth been complemented by the country’s great progress over these past three decades?

Ullattil Achu: I can compare our success with the typical, local, indigenous plants and nature on this terrain, such as the Sidra tree. For us, we have a similar character, because we have grown organically in Qatar driven by the existing culture, all without compromising our ability to expand. The founders of the company built it based on demand conditions and the resources that were available. I joined the group in 2000 and worked as a consultant for a year before becoming a manager, moving up through the operations. Dyarco became an independent operation under my management in 2005, when I was able to convince the group to allow us to spin off, developing a strategy, plan, network, and partnerships. We have been doing well since then, even during times of crises. Dyarco has been able to find its own niche and opened up its own venues in regional and local industries. One recent change on our side is moving to manufacturing, which was seeing a boost in Qatar. Dyarco is opening its first full-fledged paint factory, which is a great way of celebrating 30 years working in Qatar.

2022 is the year of the FIFA World Cup. How has the company been involved in the FIFA-related projects, and what will it be its main contribution to a successful event?

Ullattil Achu: Indirectly, Dyarco has been an active partner in much of the infrastructure development for the FIFA World Cup, for example, in the participation in many of the air conditioning projects in the stadiums. We supplied paint, technology, elevators, escalators, and even certain consultations with security issues. Once the event is over, we expect many services and maintenance opportunities. Assets of this size and value need regular maintenance and conditioning, so we expect that to remain. With such advanced infrastructure in place in the region, there is always the possibility of having regular events, matches, regional tournaments, and so on.

How is Dyarco getting ready for business opportunities in facility management?

Ullattil Achu: We already have existing partners that are global players in facility management, for example, and we have discussions in progress in order to develop and adopt a new way of doing things. Many of these approaches have been rolled out in countries such as the US and Germany already. We are working with one of the largest technology players in the world in order to develop a digital platform-based service industry for maintenance and facility management. This is in the pipeline for demand after 2022. Dyarco has also established a new company that is predominantly driven by advanced technology involved in energy management, which we refer to as green energy issues. Furthermore, we recently formed an associate maintenance company in order to take care of green energy infrastructure.

What value can local partners like Dyarco bring to investors who are looking at the Qatari market?

Ullattil Achu: Even if the state permits a foreign player to have an industry or a manufacturing unit, the ideal thing to do would be to partner with an existing player. Companies coming to Qatar can mitigate or reduce their costs by pairing up with a local entity that can take care of many areas that are well established, tested, and proven. The integration of business and the synergy of ideas and planning, as well as two cultures, is always better. It has a stronger value and will generate a new breed of entity. For example, if a company from Europe wants to set up here, they have to look at the initial primary costs of operation, which will be massive because of the mobilization of people bringing into the company as well as their families and residency. My view is always that a partner like us can add substantial value, not only in terms of operational opportunity, but also in real cost terms. 6