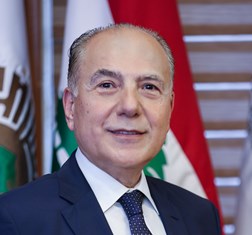 President, Chamber of Commerce, Industry, and Agriculture of Tripoli and North Lebanon (CCIAT) 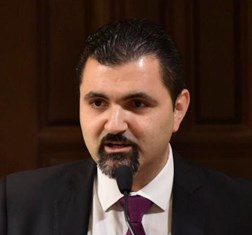 Share on:
Given its main strength, namely serving as a historic transportation hub to connect to other markets, Tripoli is poised to play a major role in the region.

What is your mission?

TOUFIC DABBOUSSI Founded in 1870, the Chamber of Commerce of Tripoli is one of the oldest chambers of commerce in the Arab world. The chamber has enabled Tripoli to play a major role on a regional scale, taking advantage of its strategic location on the Mediterranean and on the road that connected Syria to Beirut and Palestine. Throughout its history, the chamber’s role has been to consolidate the business environment in Tripoli and develop ties with other regions. Its objective today is to develop Tripoli into an economic and transportation hub, serve the needs of neighboring regions, and grow accordingly. The main opportunities available in Tripoli are its strategic position and the infrastructure works and public facilities that are currently underway. CCIAT has been working in coordination with the Prime Minister and cabinet to develop three main facilities: the port of Tripoli, the airport of Qleiaat, and the Special Economic Zone. Combined, these initiatives have the potential to bring massive investments to Tripoli from all over the world.

HASSAN DENNAOUI The Chairman of the TSEZ, Raya Haffar el Hassan, has gone on to become Minister of Interior. As acting Chairman of TSEZ, I intend to continue the work started by our chairman following the five-year strategy that began in 2015, which is to have our first tenant and permitting license by 2020. The 513,000-sqm economic zone is composed of an industrial area and a logistics center. We are in the process of launching a further infrastructure development, for which we are awaiting approval from the Higher Council for Urban Panning. We will also launch the legal framework and licensing regime for the whole economic zone. We also have another 75,000-sqm site within the Rachid Karami International Fair. Both sites have an IRR of 15 points, which is attractive for investors and promise a return on investment of around eight to nine years. We are holding a competition to develop an architectural design to be aligned with the Oscar Niemeyer designs within the fair. By 2020, we expect to have a developer on site and starting work.

What is the rationale behind the development of transportation facilities?

TD If Beirut keeps growing the way it has, its airport will need to serve up to 30 million passengers annually by 2030. It currently handles about 6 million per year. While its operational capabilities can be expanded to serve up to 12 million, it is clear Lebanon needs another major international airport. After conducting several studies, we excluded other smaller airports in the region and decided to focus on Qleiaat airport in Akkar, which currently covers 3,000sqm, and intend to expand it to about 10,000sqm. Once properly developed, the airport will be able to serve the area and even Beirut, at the same time enabling the development of the greater zone of Tripoli due to construction work and increased passenger arrivals. The plan also includes a construction project for a railway to connect Tripoli to Syria. This will be later be connected to the Syrian network, thus enabling communication and exports to Syria and, through its network, Turkey and Europe.

What are the strengths of TSEZ?

HD There are three kinds of investors who would come here. The first are developers and operators, such as construction companies with experience in special economic zones. This is where the transaction advisory would support us in attracting the attention of these big players. The second are industrial or logistics companies looking for additional space and facilities to prepare gaining access to Syria and Iraq. We have captured the attraction of logistics companies such as Net Logistics and DHL. Within our master plan, we have 25% of our area dedicated to logistics. The third investor group will be digital industries and groups like Microsoft, Cisco, outsourcing companies, and management consultancies. For a business hub, we need to have all our services in one place. What makes investing in TSEZ particularly appealing are the incentives we offer: exemptions from corporate taxes, labor taxes, VAT, customs, and more. Additional attractive points are the cheaper cost of labor in Tripoli compared to Beirut and the high-speed internet connection we will soon be able to offer.