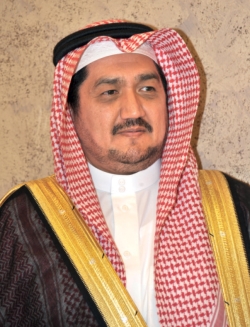 Abdullah Sirajuddin is the CEO at Al Balad Al Ameen Urban Regeneration and Development Company (ABAM). Prior to joining ABAM, he was Associate Professor at King Abdulaziz University teaching Civil Engineering and related courses. Being recognized for his expertise in his field and entrepreneurial dedication, he has been delegated to assist a number of reputable companies and government agencies. He has a BSc in Civil Engineering from King Abdulaziz University, an MSc in Construction Engineering and Management from Pennsylvania State University, and received a PhD in Construction Engineering and Management from the University of Nottingham. In 2010, he was named as one of the Most of Efficient CEOs in the Gulf region.

Share on:
Al Balad Al Ameen Urban Regeneration and Development Company (ABAM) has an impressive array of projects in Mecca, including urban regeneration, rail, and more. What are the larger goals and […]

Al Balad Al Ameen Urban Regeneration and Development Company (ABAM) has an impressive array of projects in Mecca, including urban regeneration, rail, and more. What are the larger goals and aspirations that govern your activities?

Al Balad Al Ameen is fully owned by the Municipality of Mecca. It is incorporated as a commercial arm of the Municipality through a Royal Decree. The main objectives in incorporating the company are to develop the city—which includes urban planning and regeneration of 65 unplanned settlements spread across the city—to provide affordable and high quality housing for the local population, and to develop the suburbs.

How, since the beginning of your efforts, has the mandate or the goal of your projects developed?

Considering the short life of the company, we have already created the following four subsidiaries, which are executing various projects together in partnership with the private sector. Bawabat Makkah is developing the suburbs within an area of about 100 square kilometers around the Mecca-Jeddah highway. Wahat Makkah was created to build 4,000 dwellings and apartments, of which 500 units have been delivered, and 1,500 were due to be delivered by Ramadan 2014, while the rest will be finished in two years time. The Makkah Metro Company was created with the objective of developing an underground and light rail in the city of Mecca. A master plan has already been developed, and the budget for the first phase of this plan has already been approved by the government. The tender for project execution is under preparation and the remaining formalities for awarding the contracts are due to be completed. The Diyafah Company was created to focus on hospitality and IT-related developments, which will serve pilgrims and visitors. Furthermore, another three companies are currently under creation. One of them will manage the regeneration of the biggest unplanned settlement, which is strategically quite significant, due to its close proximity to the Holy Haram. Since 2011, we have been working on this project and now we have signed a shareholders’ agreement with some prominent investors in the Kingdom. Other necessary formalities for creation of the company are being completed, and the Board of Directors will be appointed by summer 2014. The second company is being launched in partnership with a consortium of Emirati and Saudi firms to develop furnished housing units within a gated compound. This will cater to the increasing housing demands of white-collar staff in the hospitality sector, which is being developed around Holy Haram. When complete, the facility being developed will accommodate 20,000 single workmen and 3,000 families. Work is in progress for this project. The site is situated between Mecca and the Jeddah highway, about 30 kilometers from the Holy Haram. The third company that is being incorporated is focused on environmental issues. This entity will oversee and supervise the treatment and disposal of solid waste generated in the city of Mecca.

How do you look to incorporate the private sector into these major developments?

The mandate given to us through the Royal Decree is meant to engage the private-sector in developing the city, and the aforementioned projects all include the involvement of private sector investors or developers. We identify the projects and then create Special Purpose Vehicles (SPVs), inviting private-sector to invest in the SPVs, and execute the projects. To give maximum leverage and comfort to the private sector investors and developers, we sell them 80% to 90% stakes in the SPVs. While we prefer to engage local developers and investors, some projects require high levels of technical expertise, and we invite consortia of multinational firms, in partnership with local firms, to invest in and develop those projects.

Where do you see Mecca in 2020 compared to where it is now?

The skyline and landscape of the city, especially in and around the Holy Haram, will be dramatically changed; hopefully by 2020 most of our megaprojects, including the first and second phases of the rail project, will be fully operational. Optimistically, all these projects will be running and operating by then, and Mecca will be included in the global list of “smart cities.”