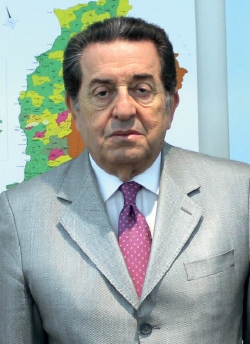 Boutros Harb was born in 1944 and graduated with a degree in French and Lebanese law from Saint Joseph University in 1965. He became an elected member of Batroun Caza in 1972. He has held a number of ministerial positions and is currently Minister of Telecommunications.

Share on:
What is the Ministry’s plan to bring down the cost of telecoms in Lebanon? When I started in my role as Minister of Telecommunications, I knew my plan would not […]

What is the Ministry’s plan to bring down the cost of telecoms in Lebanon?

When I started in my role as Minister of Telecommunications, I knew my plan would not exceed a three-month period because of political and constitutional reasons. Therefore, I introduced a plan of 100 days in order to achieve what I could achieve in that period. I assigned a group of technicians and counselors, and together we studied the problems that we are facing. I found that Lebanon is far behind the average in regard to telecommunications, and there is a lack of strategic decisions. That is why Lebanon should look at where to go, how to get there, and how to succeed in taking measures that help to change the face of Lebanon in telecommunications. Fortunately, we went to the Council of Ministers and my plan was approved. At my suggestion, we reduced the prices of internet, telecoms, mobile, and fixed services. This was implemented between June and July 2014. This is a huge step for Lebanon, and it will contribute to changing the face of telecommunications in the country. It will help the Lebanese reap the benefit of high-speed, low-cost broadband. We have fiber optics to help DSL for fixed-line users. We have 3G on mobile telephones. Decreasing telecommunications and internet prices encourage people to use more, and increases the penetration rate, which in the end will generate more income and open the gates to the future for an enhanced economy.

What are you trying to do to improve the framework for investors coming to Lebanon?

Raising Lebanon to international standards will help. It will increase the interest of people coming to Lebanon and working here, while taking advantage of the services we offer. In Lebanon, compared to the West, the cost of work is less. That will encourage people who have money to come to the Middle East and find a place where the prices and climate are good and the people are hospitable. I know that Dubai and Abu Dhabi are much better now because they have the liquidity, they don’t have political problems, and they have an up-to-date telecommunications hub. I think we should transform Lebanon into a telecommunications hub. I have many projects that we can start or think about and put in the hands of my successor. For example, I started negotiations with Turkey about laying a cable between Turkey and Lebanon for international communications. It will be beneficial for Lebanon because Turkey needs it, and we need it as another way of securing our telecommunications if any problem happens.

The Ministry recently redistributed LBP56 billion ($373 million) to 800 municipalities. Are there any conditions on how this money is spent?