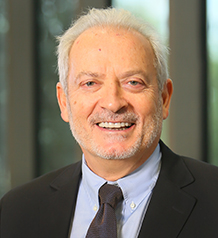 Sertaç Haybat began his working life at Bursa Airlines in 1979 as Maintenance Manager. He held office as a member of the engineering team between 1982 and 1987, as Strategic Planning and Investments Manager, Marketing Director, and Sales Director for Singapore, Malaysia, and Indonesia between 1989 and 1993, and as an Executive Board Member responsible for Financial and Corporate Planning at Turkish Airlines between 1997 and 2003. Moreover, he also served as a Member of Board of Directors at SunExpress. Sertaç Haybat has a Bachelor’s degree in aviation engineering granted by Manchester University in 1976.

Share on:
In the last decade, there have been several low cost airlines coming into the Turkish market. What’s your take on the segment? As Pegasus Airlines, we were the first airline […]

In the last decade, there have been several low cost airlines coming into the Turkish market. What’s your take on the segment?

As Pegasus Airlines, we were the first airline to launch a low-cost model service in Turkey in 2005, following the purchase of the airline by Esas Holding. Since then, we have revolutionized Turkey’s aviation sector by offering affordable prices while keeping the quality of service high by investing in a new fleet and state-of-the-art technology and excellent connections. In late 2005, we launched our domestic flights because the market was saturated with chartered airlines. When we first entered the domestic scheduled market, we were ranked as the fifth carrier; now, we are by far second in the market. Our domestic market share is running about 28%, and Turkish Airlines is about 53%. The remaining 19% is shared between Bora Jet, Onur Airlines, Atlas Jet, and Sun Express. European low-cost carriers currently do not hold a sizeable share in Turkish market.

What steps did you take in 2005 that moved you from fifth position to second?

The first major step we had to take was selecting an airport to become our main hub out of which we base our operations, which was Istanbul Sabiha Gokçen International Airport. At that time, back in 2005, we were only operating chartered flights and had yet to move in to domestic scheduled operations. We were the first to really make our hub at Istanbul Sabiha Gokçen International Airport and, by being the pioneers, we transformed it into a primary airport, creating a completely new catchment zone around this airport on the Asian side of Istanbul that had not been served previously. Straddling two continents, the city certainly needed a main airport on its Asian shores and we recognized the potential there. It has also allowed us to maintain our successful on-time performance and to achieve the goals of our innovative low cost business model, which was the first in Turkish market.

Are there any other ventures that Pegasus is doing apart from strictly flying people from A to B?

When we launched our search for our new hub, it also cemented another line of thinking that became a core part of our business success; that of ancillary services. Delving into the parking garage business is a good example of our other ventures. When we began looking at airports, we noticed Sabiha Gokçen didn’t have a parking lot. While we were discussing our needs with the head of the airport, the subject of car parking came up because there was not enough parking at the airport, and we decided then it would be in our best interest. We also develop other creative ways for guests to personalize their flying experience, often by forming new business partnerships in order to widen choice for them, such as car hire, hotel booking, visa services, optioned sales, and private transfers/shuttles. We are also proud of our user-friendly loyalty program, Pegasus Plus, which means our guests are awarded FlightPoints with every penny spent on tickets and other services including online check-in, excess luggage, pre-ordered inflight meals, and even the carriage of sports equipment. These FlightPoints can in turn then be spent on further such purchases.

What is your outlook for the year ahead for Pegasus?

With the delivery of our brand new aircraft, our Pegasus fleet is expanding and we are witnessing an increase in the number of our guests we carry. Indeed, Pegasus carried 10.17 million guests during the first half of 2015, translating to a year-on-year increase of 10%. We aim to continue to increase our capacity and expand further internationally, as fast as we can obtain bilateral rights from the Civil Aviation Authority. Our longer-term ambitions overall are continuing our steady double-digit growth and further improving our position as a leading regional low-cost carrier. When we look at the outlook for Turkish aviation for the coming years, we believe that Istanbul airspace and capacity will no longer be bottlenecked. Currently, there are two projects being developed. There is a third airport under construction, though upon completion the first one will be demolished. We are also currently building a second runway at Istanbul Sabiha Gokçen. Until these two projects become operational, there will be a bottleneck. Istanbul is at the heart of Turkish aviation, and the next few years present several challenges in terms of capacity restrictions. Once these two projects are completed and operational, the future of aviation in Turkey will be much brighter.