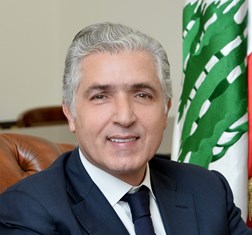 Jamal Itani holds a BS degree in civil engineering from The George Washington University and a master’s degree in transportation engineering from Pennsylvania State University. He started his career with an engineering consultant firm in Saudi Arabia and established multiple businesses in development and trade in Dubai. In 2001, late Prime Minister Rafik Hariri appointed him President of the Council for Development and Reconstruction of Lebanon. Between 2005 and 2009, as CEO of Abdali Company he initiated and led the development and management of Amman’s new downtown, the Abdali Project. He then moved to Saudi Arabia to work with a leading Saudi construction company. In 2014, he returned to Lebanon and was appointed GM of Solidere. Itani was elected Mayor of Beirut in 2016 for a six-year term.

Share on:
Beirut Municipality has many plans in the works to improve the city's infrastructure and prepare it for the future.

What have been your major accomplishments thus far in reviving the city and improving livelihoods?

The economy and development of the city are directly related to its infrastructure, which has been one of our major focuses, for example, separating the sewage and storm water systems, upgrading streets and walkways, and doing environmental projects to make Beirut greener and more sustainable. We have contracted 15 projects in these areas, and our target is for Beirut to have a fully sustainable infrastructure that is all connected in four years’ time. With respect to cars and traffic congestion, one of Beirut’s major problems, we are doing three things. Firstly, we are increasing public spaces and providing more off-street car parking. Every day, some 500,000 cars come into the city, and we need to work on reducing this number as much as possible. We have developed a plan with the World Bank to create a bus rapid transit (BRT) system by 2020 to provide better public transport as well as discourage people from driving. We are tendering for a bicycle lane around Beirut and will encourage people to use electric cars to protect the environment. In addition, Beirut requires 600-650MW of power, though we only receive 450MW. We have worked with an international consultant and came up with a solution to generate 150-200MW to overcome the deficit. This plan complements the Ministry of Power and Water’s plan for a 24/7 power system. The municipal solid waste issue is one of our main concerns, and we had to come up with a plan that is sustainable, environmentally sound, and financially feasible. The plan that we have approved will work on: reducing the amount of waste by introducing alternative products that can be used more often and recycled at the end of their lives; encouraging sorting from source, with several initiatives being launched with universities, schools, and government offices to encourage, train, and sort material that can be recycled; and sending the remaining waste to a plant with a state-of-the-art sorting facility and convert the remainder into energy through a waste-to-energy facility. We have incorporated the EU experience with waste management into a tender and have qualified four consortia to build a plant based on a 25-year design, build, finance, operate, and transfer model (DBFOT).

Besides infrastructure, what are the city’s priorities for 2019?

In 2020, we want to start turning Beirut into a smart city. We need to start by upgrading the municipality’s own operations and processes, which are still based on paperwork. The population is not satisfied with our performance and transparency. The first step is to automate all our operations and office processes. We are also creating a city ID that residents can use to pay fines or fees without having to come into our offices. Our second step on the way to creating a smart city is to change all our streetlights to LED lighting with an IoT control system. That tender should be ready within 4Q2019.

What can the Municipal Council of Beirut do to boost the city’s image and get more investors in?

The real estate business is a top priority for Beirut, and we are working with the Central Bank on it. Tourism is the second-biggest economy booster. If we have clean beaches, excellent infrastructure, a great airport, and a well-connected transportation system, tourism will grow. The airport and the infrastructure projects are in the pipeline. The municipality is organizing many events every season to encourage domestic and international tourism. We have held major events during Ramadan in addition to other summer events that have been extremely successful. More than 120,000 people attended the New Year mega parties downtown, and we had international television coverage from major stations. I am optimistic; in two or three years’ time, I will be able to hand Beirut over to a new mayor in excellent condition.