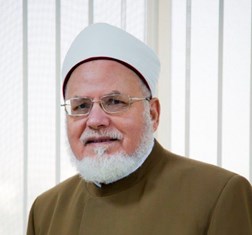 The Wand of Wisdom Wielded

Rashad Mohamed Salem has been the Chancellor of Al Qasimia University since 2014. Before this, he worked at the University of Sharjah from 1997 to 2004 and at Al Azhar University from 1972 to 1992 in numerous different positions. Salem has an extensive education and is involved in a number of scientific and professional societies, including the Association for the Protection of the Arabic Language, the Arabic Language Association, and the Egyptian Linguistics Society.

Share on:
The global principles of Islam are being put to great use to ensure that students from around the world have access to a first-rate cosmopolitan education.

How would you assess the progression of the university in recent years?

A major development of Al Qasimia University was moving away from the paper to the electronic world. Many advanced educational methods have been introduced, and theoretical education has been replaced by practical education. The university also began taking its students to field forums to gain practical experience in ministries, courts, police stations, and many other bodies.

What is the university’s mission?

The university’s mission focuses on educating and graduating students in an Islamic environment and have them return to their countries and show people that Islam is a religion of love, tolerance, and moderation, not one of hatred or aggression. Al Qasimia Islamic University urges the teaching of Islamic principles and the graduation of students who know the real Islam, which is far from terrorism and violence. We respect everyone and all other religions. We must accept all individuals from all religions all over the world because Islam calls for ethics in dealing with people.

What benefits does a student receive from studying in Sharjah?

One of the biggest challenges facing Al Qasimia University is assimilating its multinational students and various cultures into mainstream society. As such, the university decided to help integrate them into our culture and customs by encouraging them to go out twice a week once to UAE tourist attractions and once a week to shopping centers. We hold training courses to introduce students to the customs of UAE society and how to interact with a culture different from their own without feeling alienated. Al Qasimia University is a full scholarship university. All university supplies are free for all students, including registration fees, stationery, books, and even tickets. Distinguished students in all fields are given great attention and can be sent abroad at no cost.

The university maintains a close connection with both the public and private sectors. What new courses or further extensions are being planned?

His Highness’ vision is extended globally through exhibitions, lectures, poetry houses, mosques, and universities, all of which strengthen the scientific and cultural aspects of the UAE in general and Sharjah in particular. His Highness the Ruler of Sharjah’s vision has transformed the Emirate itself. His Highness is keen on science and culture and has established many monuments, including the University of Sharjah, Al Qasimia University, the American University of Sharjah, the Police Academy, Technical College, Skyline College, Heritage Institute, and the Academy of Performing Arts. In addition, he has founded the institute of Arabic language and the Holy Quran Complex, as well as established many exhibitions, festivals, and museums, in addition to local and international cultural events that will raise the global profile of Sharjah.

How does the university offer opportunities to foreign students?

Al Qasimia University relates to universities worldwide, and we organize an annual competition for the Holy Quran that involves about 50 countries. Such competitions are a form of partnership between universities; we do not rely only on Sharjah, but also go abroad influenced by the vision of His Highness. There will soon be another competition in Arabic. Today, we have students from 70 countries. Registration is done through the website and the university itself. We also reach out to ambassadors to meet with the students from their countries and speak to them about their problems. New foreign students are assisted in learning Arabic by taking courses for six months to a year. University graduates are then contacted by the Union of Graduate Students in case they want to complete a master’s degree.

What have been the university’s most important collaborations and joint projects at the international level?