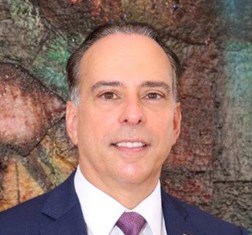 The Ties that Bind

Dr. Alejandro Ferrer graduated from Catholic University Santa Maria la Antigua with a bachelor’s degree in law and political science, summa cum laude. He subsequently obtained a master’s in law and a doctorate in law science from the University of Michigan as a Fulbright Scholar. Between 2004 and 2008, Dr. Ferrer was Minister of Commerce and Industries. He was also Vice Minister of Foreign Affairs Foreign from 1996-1997 and Trade Advisor at the Embassy of Panama in Washington from 1995-1996. Among various other positions, he also served as ambassador to the WTO in Geneva from 1994-1995 and alternate ambassador to the UN and other international organizations.

Share on:
The Ministry of Foreign Affairs is committed to reinforcing and strengthening Panama's relations not only with its neighbors but also the world.

What are the main strategic priorities now that the government is starting?

Panamanian foreign policy has a clear mandate: the defense of national interests. We have plans to restore and promote the image of Panama in order to attract investments, position Panamanian products in world markets, and generate opportunities that will contribute to the economic and social development of the country. Accepting this challenge, we are undertaking efforts to strengthen the country’s institutions and lead our foreign service in a new direction. In addition, the embassies and consulates have a clear responsibility to attract investments, foster exports, and strengthen the Panamanian economy. Another priority of the new national administration is to deploy a strategy for the defense of Panamanian interests in all our relationships, forums, and initiatives, both on the bilateral as well as in the multilateral levels. To accomplish all of this, it is important to resume our historic role as a country promoting consensus, dialogue, and a constructive leadership in this new and changing regional and international scenario.

How can Panama contribute to the development of the region?

Panama enjoys exceptional advantages: We have the highest connectivity in the hemisphere and count on a canal that shortens global maritime distances and facilitates commercial exchanges in the region for the world. In fact, our maritime ports, facilities for air travel, logistics, and telecommunications confirm the role that our geography and history have assigned us: to be a bridge for the world, as well as a passageway enabling convergence. However, the best way we can contribute to the development of the region is by playing and renewing our mentioned natural and historical role, of being a country that promotes dialogue and consensus, where not only the oceans, but also ideas and creative thinking converge. In this way, Panama contributes to the stability of the region, which results in the free exchange of trade, economic progress, and development. Additionally, Panama has made significant marks on foreign relations, because it has been the venue and the site of numerous historical events, where the people of the American continent have gathered to support peace, understanding, security, and stability. That has been happening since the Amphictyonic Congress of 1826, the objective of which was to create a confederation of the Spanish-American people to solidify independence and non-intervention and uphold the equality of all nations before the law. That Congress was an early seed of multilateralism in our hemisphere. We must also remember the work done by the Contadora Group that contributed so much to achieving peace in Central America.

Our foreign policy is a tool for economic and social development, whose mission is to advance Panama’s interests and perspectives. We have committed ourselves to continue, reinforce, and relaunch political, economic and cultural relations, not only with our neighbors, but also with Europe, Asia, the Middle East, and Africa. Our vision and commitment are to bring prestige to the name of Panama and encourage trust in it, and, for this purpose, one of the goals of the government led by the President of the Republic, Laurentino Cortizo Cohen, is to strengthen transparency, institutionalism, and effective compliance with the law and continue the fight against corruption, without making any concessions to it.