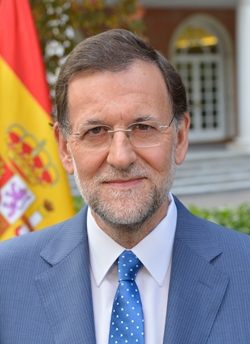 The Rise of the Middle

Share on:
Spain is the third largest investor in Colombia. How would you assess economic relations between the two nations? I would like to start by affirming that Colombia is a strategic […]

Spain is the third largest investor in Colombia. How would you assess economic relations between the two nations?

I would like to start by affirming that Colombia is a strategic country for the Spanish government. Therefore, I greatly value our economic relations. As for the figures, since 1993, Spain has invested ‚¬5.79 billion in Colombia. That is a considerable investment. Spain is highly present in sectors such as finance, infrastructure, insurance, and telecommunications. However, with an increasingly improving environment, we believe this will continue to grow. For now, it represents 5% of total Spanish investment in Latin America, which amounts to ‚¬118 billion. Moreover, the entry into force of the free-trade agreement (FTA) between Colombia and the EU will allow our commercial relations to reach their full potential. In 2011, Spain exported ‚¬561 million worth of goods to Colombia, while imports from Colombia to Spain totaled ‚¬1.23 billion. These figures can be improved.

Why is Colombia an attractive destination for Spanish investment?

Colombia offers a privileged location at the center of the American continent, within six hours of the major Latin American capitals and the US, and with access to ports in the Caribbean, the Atlantic, and the Pacific. With 47.5 million inhabitants, it is the second largest Spanish-speaking population in the world, and its GDP per capita has steadily grown in recent years, from $5,826 in 2000 to $9,920. In addition to a large and growing domestic market, Colombia has free trade with a great part of the continent, including the US and Canada. Colombia has also opened up widely to Asia and Europe, which has significantly expanded the potential demand that can be met from this country. We must also underline the great potential of the Pacific Alliance, of which Colombia is a Member with Mexico, Peru, and Chile, and of which Spain is an Observer State, along with Japan, Australia, New Zealand, Canada, Uruguay, Costa Rica, and Panama.

How will the FTA between the EU and Colombia stimulate relations between Spain and Colombia?

The trade agreement between Colombia and the EU will certainly encourage our trade relations and investment in both directions by offering zero tariffs for most products and a stable legal framework for investment. Beyond products and investment, the beneficial effects for the whole economy should be underlined. By promoting exports, national income increases can be redistributed throughout the population, improving social cohesion. Overall, the positive effects are major and fade into the economy, to the benefit of its citizens. Colombia is a renewed opportunity for Spain, but Spain also for Colombia. Colombian companies are ever more so international, are increasingly investing in Latin America, and willing to do so in Spain under the best conditions—the same goes for Spanish companies. Spain is its natural gateway, and the closest to the world’s largest market: the EU.

“Colombia is the confirmation of the emergence of middle powers.”

What is your outlook for Colombia’s economic future and for relations between the two nations?

Colombia is the confirmation of the emergence of middle powers. Colombia has been identified among the new emerging economies of the 21st century. In the group of CIVETS: Colombia, Indonesia, Vietnam, Egypt, Turkey, and South Africa, Colombia has adapted to globalization in an exemplary manner and is already reaping the rewards. It is showing that with strong institutions, ambition, commitment, sacrifice, and a clear course, no conflict can halt the will of freedom, peace, and progress in society. On my first trip to Latin America as Prime Minister, I went to Bogotá. I said then that I believe in Colombia, in its present, and in its future, and I say it wherever I go. Colombia and Spain are examples of continuity in foreign policy. Colombia knows that Spain understands its reality and can count on its permanent support. Our strength is our desire to define and regularly renew our level of ambition, and to offer our citizens new horizons. We believe that what is good for Colombia is good for Spain, and at the same time, what is good for Spain is good for Colombia.