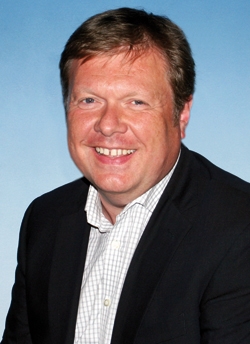 A Danish citizen, Lars Troen Sí¸rensen has previously worked for IBM and A.P. Mí¸ller-Mí¦rsk AP Moller/Maersk in Denmark and the UK. Since he joined Statoil in 1994, he has held several important management positions, mainly within investor relations, corporate finance, and finance and administration. Since 2005, Lars Sí¸rensen has held the position of Senior Vice-President for Statoil’s investor relations (IR) function, and is currently the President of the company in Azerbaijan.

Share on:
What strategies led you to enter Azerbaijan? Statoil is a young company. We were formed in 1972 and recently celebrated our 40th anniversary. We were originally formed as Norway’s state […]

What strategies led you to enter Azerbaijan?

Statoil is a young company. We were formed in 1972 and recently celebrated our 40th anniversary. We were originally formed as Norway’s state vehicle to explore newly found resources in the North Sea. During the 1970s and 1980s, we were still a 100% state-owned company with activities in Norway. In the late 1980s and early 1990s, we began internationalizing our operations and trying to get footholds in different parts of the world. One of these places was Azerbaijan, along with Angola, Algeria, and a few other locations. Today, Azerbaijan is the second largest contributor to our international production—it contributes about 100,000 barrels per day (bbl/d) to a global production of about 2 million bbl/d. About 1.5 million bbl/d comes from Norway, and about 20% of our international production comes from Azerbaijan.

How would you evaluate your success over the past two decades in Azerbaijan?

The company has been very successful. We have partners in Azeri-Chirag-Guneshli (ACG) and Shah Deniz, which are the two biggest fields in Azerbaijan, both offshore. We don’t operate anything here physically—it is BP that operates them and we are partners. We have what is known as a commercial operatorship; we sell gas through the Azerbaijani gas supply company and that is operated by Statoil, which means that we are here selling gas. We also have the South Caucasus Pipeline Company, which is operated by Statoil—we basically take care of all the administration of running the pipeline, whilst BP physically runs it. We have 60 people in the office.

We are small, but it is still a big investment; we have invested more than $6 billion since the beginning of the project. Now, with the new Shah Deniz II project, which is still in the making and hasn’t been approved yet, we will be more than doubling our investment in Azerbaijan. It is a major investment for Statoil. In 2013, we are taking the final investment decision, and that is also the communication from SOCAR and BP.

What are your priorities here in the future?

We are an upstream company. The hydrocarbons lie underground and we are interested in exploring them. We are also the world’s largest offshore company, operating more than 3 million bbl/d offshore. That surprises many people. If anyone can expand their presence offshore, we can. We are a 2 million-bbl/d company, which is substantially larger than we were when we entered Azerbaijan in 1992. We are five times bigger than we were then, and we have more muscle to take on bigger challenges. We have been a partner here for 20 years, so an operatorship where we are the ones operating the fields is what we are going for. We have no specifics to go on for now, but we hope to get an opportunity to explore in the Caspian.

What challenges exist here in Azerbaijan?

Operating in the Caspian is very challenging, but if you look at our operations outside Norway, with 38-meter waves and Arctic conditions, we can handle strong challenges. The area is geologically young, about 6 million years old. It is still young, still moving, and still settling, which is a challenge when you drill through rock like that. There are challenging environments here and you need to understand the technology and geology relatively well to master it.

What ramifications will the Trans-Anatolian Pipeline (TANAP) have for Statoil?

TANAP will be built eventually and Statoil is considering investing in it. In order to develop a project like Shah Deniz, we need to be able to transport products to the market. Georgia and Turkey are good markets and we are supplying them today. However, if we want to expand, we need to connect to the European market. TANAP will be a way to connect us to the EU market. It will mean the building of a highway for gas supplies to Europe.

How will TANAP impact the issue of energy security for Europe?

In terms of supply to Europe, TANAP will open up the Southern Gas Corridor. The first corridor is the Russian supply, the second is the Norwegian supply, the third is the North African supply, and the fourth would be the Caspian supply to Europe, which is an important strategic change for Europe. Right now, the gas markets in Europe and worldwide are fairly depressed. Parts of the world have an oversupply of gas and prices are dropping, which affects investment magnitude. Gas as a fuel is, from an energy efficiency point of view, the most efficient energy source that we have. It is less carbon emitting than oil and coal by far. As far as climate change is concerned, gas is the perfect fuel. If you look at the challenges Europe has for carbon emissions, gas is by far the best solution to that problem. If we change coal power plants over to gas, Europe would be 25% below its carbon target for 2020 already. It is not about if they can do it, it’s about if there is a will to do it. There will be a will, I am sure, and the demand for gas in Europe is bound to pick up again in time.

Are you looking to acquire a stake in the Nabucco West Pipeline?

The Shah Deniz consortium is interested, and we are a part of that. Right now, the Shah Deniz consortium has a similar agreement with the Trans-Adriatic Pipeline (TAP). The Nabucco West Pipeline goes north and the TAP goes straight to Italy. At some point in time during 2013, the consortium will have to choose between Nabucco West and TAP, and, whichever one it chooses, the consortium would like to be co-owners. That is the agreement that is being negotiated. In Norway, we have been owners of the transportation network since it was built, and we have tried to balance our ownership with what we have the resources for. That has proven to be beneficial over time and that is our strategy. We are not a pipeline company—we are an upstream company—but if we have sufficient upstream sources, we would like to be owners of the pipeline as well. It is not necessary, but it is preferred.

How would you describe Azerbaijan as a regional energy hub in the future?

It is a hub for energy in Turkey, the EU, and Europe. Azerbaijan’s position enables it to be a very large and reliable supplier for Europe, which is important for Azerbaijan and Europe going forward.

What are your medium-term plans for the company?

There are three steps; one is to make sure that we continue to be a partner on the Shah Deniz and ACG fields, to develop Shah Deniz II as a new source of energy and transportation to Europe, and to seek to introduce new positions within Azerbaijan. That is what we have been working on for a long time, and what we will continue to work on over the medium term.