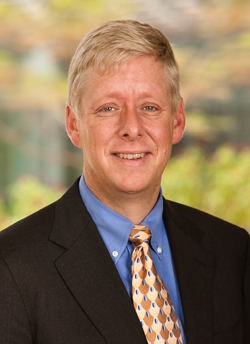 Share on:
"Our first opportunity to really contribute to the Abu Dhabi Economic Vision 2030 is through human capital development."

Khalifa University is now in the middle of its five-year strategic plan entitled “Building a Community of Excellence” (2012-2017). What are the main goals of this plan, and what is your strategy to achieve them?

In the first years of the plan, the overriding concern was to get the basic educational programs up and running, get the curricula developed, and acquire a critical mass of faculty that would deliver the programs. To get the international accreditations going and familiarize ourselves with the standards was, and still is, a key objective. That was the first part of the development of the university that the strategic plan needed to address. We are shifting our focus to the research mission of the university, and the way that mission will interact with both government needs and the needs of the industry stakeholders. We have started to populate the five thematic areas we identified through our research centers and large collaborative efforts with industries to support each one, which will be augmented by international partnerships. We have partnerships with the Korea Advanced Institute of Science and Technology (KAIST), Georgia Tech, and the University of Bristol, amongst others. Moving ahead with our research plan initiatives, joining up with other institutions in combined graduate programs, and the development of major research centers at the university will be our major goals. We have begun the physical expansion of our campus, and the first part of that is going to be available in late 2015. It will be more laboratory intensive to support the research centers’ work and ongoing educational programs; however, it will also house the medical school eventually. Going ahead, that is set to be an important expansion for us as well.

In terms of research centers, what specific fields or developments are included in Khalifa University’s expansion?

ICT is a major focus for the university. We already have the Etisalat BT Research Centre that will continue to grow and flourish. We have a new Aerospace Research Centre that we are undertaking with Mubadala Aerospace, and its focus is composite materials and airframe structures. One of the major stakeholders there is Strata Manufacturing PJSC (Strata) based in Al Ain. With both the Boeing and Airbus contracts that are coming to the UAE, there is a competitive opportunity for the UAE to lead in the automation of composite manufacturing. The question is, can we increase reliability while also reducing the cost by using more automation? The Aerospace Research Centre is a major new research center that is just getting going. We also have a Semiconductor Research Centre that we opened in collaboration with Mubadala’s Advanced Technology Investment Company (ATIC), which is now entering its second year. Robotics is going to be a large deal for us along with high-performance computing and big data. These centers are still growing and need laboratory space beyond just classrooms and offices. We are going to have quite a bit of shelled space that we will build, but will not finish yet meaning that we can have some flexibility to increase space in a tailored way. We are also developing a student center. The goal is to create a place that students really feel like is theirs. The quality of student life will be a major need and focus of the new space.

How do you see Khalifa University contributing to the realization of the Abu Dhabi Economic Vision 2030?

Our first opportunity to really contribute to the Abu Dhabi Economic Vision 2030 is through human capital development. Khalifa University’s role is to produce students that the industries really want to hire, that they see as being productive, and that advance their capability to do more work in-house. The reality in the UAE, both in Abu Dhabi and Dubai, is that much of the technical work has been outsourced because things have grown so fast. This is not true across the board, however. If you look at what Etisalat was able to do in the ICT sector, a lot of the ICT technology that is available here is fairly homegrown. The reasons for that have a lot to do with the fact that the UAE identified this need 25-30 years ago and started developing programs in universities that would produce people who could do this kind of work. If you look at infrastructure development, much of the high-end stuff is still outsourced; however, there is a reasonable amount of capacity here in country where young nationals who want to be construction managers or want be involved in major projects can do that. Until very recently, if you were a young person in the UAE and you wanted to work in those fields, you had to go the US or the UK to get your degree and then come back. With the new medical school, the UAE government is keen that students that go to this medical school will be able to qualify for top residencies, go and do a medical residency after they finish, and then come back and really be leaders in medicine here. The intended model for the program is designed to achieve this goal. In the near term, our biggest opportunity to contribute to the local economy is to offer young nationals the opportunity to study here and build the industries here. This contribution will have an almost immediate effect.

“Our first opportunity to really contribute to the Abu Dhabi Economic Vision 2030 is through human capital development.”

The support that Mubadala is giving to Khalifa University is also seen with other universities and research centers. How do you see the overall research and development landscape evolving in the future?

I have witnessed a lot of evolution over the last four years I have been here. A key piece that needs to grow further is the government’s direct support for research. We have seen starts on that in the region, most famously in Qatar with the Qatar National Research Fund (QNRF). Abu Dhabi has not quite taken that approach yet. I am not necessarily recommending this approach, but I would like to see a step in that direction. It would be helpful to the R&D infrastructure here, and I think people in government realize this, both on the federal level and in Abu Dhabi. The need for a funding agency that can supplement what industry is able to do is going to be important in the long term. We have been fortunate that research was explicitly included in our mandate when the Royal Decree was issued. Our Board of Trustees and the Abu Dhabi government have been supportive of us in ensuring that we carve out budgetary resources for our faculty and students to do research.

How would you assess the contribution of Khalifa University in creating the next generation of leadership in the field of energy, particularly in nuclear energy in the UAE?

In nuclear as in everything else, it is not just development of research capacity, which we have done, but it is also the human capital development. We had the first Master’s credential in the nuclear field in the Gulf, and we opened it in a very short period of time. The first plant is coming online in 2017. The Emirates Nuclear Energy Corporation (ENEC) has human capital needs that are very aggressive. They need young, local, and technically trained leaders, not only in the ramp up to the operation of nuclear plants, but also once they are fully operational. The program is now up and running, and we are engaged with ENEC to think even more strategically and broadly about not only how the nuclear faculty we have can support their needs, but also how the rest of campus can support their needs as well. What we have really tried to do, together with ENEC, is to focus the research funds that we are spending together, and the partnerships we develop on the outside, on research problems that are really going to be relevant to the development of those plants here, and we are having pretty good luck with that. The energy picture in the UAE will be a combination of conventional, nuclear, and renewables—all of which are happening here. The education and training of people who can think holistically at the system level is going to be important.