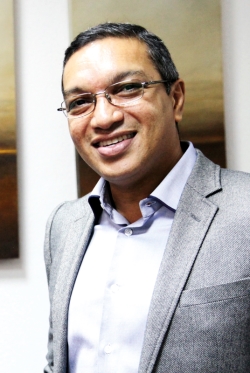 Share on:
What are the sectors that Intelec is focusing on for investment? SALIMO ABDULA We invest wherever business opportunities exist, although energy and telecoms remain our core businesses. We had an […]

What are the sectors that Intelec is focusing on for investment?

SALIMO ABDULA We invest wherever business opportunities exist, although energy and telecoms remain our core businesses. We had an opportunity to build a mine in 2012, and were involved in five bids on behalf of Intelec and Electro Sul, but were successful in just one of them. This will be our first foray in mining, and now we are now working in partnership with a Canadian company. We’re still working on drilling at the moment. We don’t know the results, but the signs are good. If we are successful, then we intend on forging further partnerships with international companies.

How would you characterize the level of Indian investment in Mozambique compared to when Mozambique Holdings entered the market in the 1980s?

JOSE PARAYANKEN Interest in Mozambique from Indian companies only started about five or six years ago after developments in the mineral and energy sectors. I arrived in the 1980s, when the country’s economy was changing from a socialist structure to the one we recognize now. Today’s economic structure is based on the development of basic infrastructure for services and government functions, and resources development in the mining, energy, agriculture, and tourism sectors. The civil war destroyed most of the transport, production, and communication infrastructure, so most businesses in the early stages were engaged in the repair or rehabilitation of essential infrastructure. Mozambique Holdings concentrated on repair and the servicing of basic infrastructure, like roads and ports, and participated in the privatization program to restructure and reactivate public sector companies in the infrastructure sector.

How attractive is the Mozambican market for young entrepreneurs?

SA Mozambique is a country full of opportunities. Ideally, one would have to self-finance. The financial sector still has to mature, as at the moment interest rates are prohibitively high. Many people resort to finding financing from abroad, which is why we find many companies here in Mozambique that have foreign partners. In the future, when our financial sector matures, it should not be difficult to raise finances if you have a good project. Sometimes, it’s better to go into a partnership because the probabilities of risk being reduced are bigger, and then there is also the advantage of sharing the risk. However, it is important to be actively involved in the management of the company. I have seen so many projects fail in Mozambique because the ownership is not present.

How can social development investment be converted into a successful and profitable business?

JP In the initial stages of planning and development, the concentration was on urban areas. We concentrated on the rural sector, where most service providers were ill equipped. Initially, we concentrated on drinking water for rural and semi-urban areas, which was a major problem since the civil war destroyed most of the water sources and delivery chains. We prepared a detailed project report based on technology, drilling equipment, and mechanical pumps from India, since that country had been through a similar phase of development in the 1950s and 1960s. We appealed to the government of India through the government of Mozambique to provide funding for the project and the government of India sanctioned $20 million for the rural water project for the most populous provinces of Nampula and Zambezia, accounting for nearly 50% of the population of Mozambique. It gave us the opportunity to create a sustainable rural drinking water program that became a model and example for a very effective social development project that at the same time is a successful business. Based on the success and social impact of the project, the government of India sanctioned $20 million each for two extensions of the project, which has now increased the rural drinking water coverage in Zambezia and Nampula from 26% and 29% when we commenced the project to current levels of over 60%.