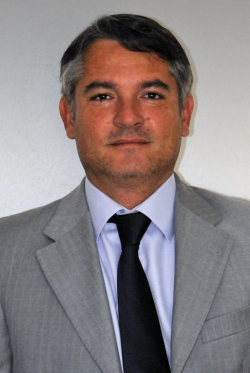 Cyril Bourguignon graduated in Business Administration and is the Commercial Director of Southern & West Africa at Bertling. Between 2006 and 2007, he was Lobito Branch manager at Panalpine Angola, later joining Damco Angola as Country Manager in 2008. In 2009, he became Country Manager at TLC Congo, joining Bertling in 2012.

Bertling has been in operation for 150 years in 46 countries. How does your history help you operate in a country like Mozambique?

Bertling has been in Mozambique for 12 years. By the end of 2008, we signed a contract with Vale for the Moatize mine. Since then, we have developed in the country, and today we have five offices. We are in Maputo, Nacala, Beira, Pemba, and Tete. From the beginning it has been a challenge to understand the regulations and how to deal with the logistics for Moatize. We had a lot of cargo coming from South Africa by road, as much of the procurement is done there. We decided to add some operations offices in South Africa to follow the projects. We are now facing a new challenge with the customs system and its de-regulation, which from a business point of view is good; however, it is a problem that in initial phase can create a lot of misunderstanding. The problem is that not all the countries are working on the same system.

What are the current trends in the logistics and shipping industry in Mozambique?

From a sea freight point of view, there is still a lot to be done. The equipment is quite old and there are also problems with the ports, jetties, and the stretcher, meaning that we do not have records of capacity. Every time we work with something heavy, we have to survey the jetty capacity. We have to conduct road surveys for bridge capacity and road limitations as well. On average, the regulation is up to 28 tons per truckload, but sometimes we have requests to have one piece of 450 tons. We cannot say no to our customers; it is not possible. We say yes; however, we have to do a proper road survey. We have to hire an engineering company, and we may have to build a bypass or new bridge. We will do whatever is needed to make the project possible. The only good roads are the ones from here to the border with South Africa; all the rest are the same. I went on some trips inland, where the road conditions are really chaotic, and this creates a real problem. These poor roads increase the price of freight because 100 kilometers could take up to six hours. There are a lot of projects and activities in very remote places in Mozambique.

To what extent does Mozambique have the potential to become southern Africa’s shipping hub?

Everyone is looking to Mozambique now, but with the current limitations of the port operations and capacities, it makes it very difficult. When we talk about Nacala, the country’s core terminal, the reality is that there is no airport in Nacala. You still have a runway, but it is only used by Vale because it has a private charter. The new airport in Nacala won’t be finished until the end of 2013, so today if you have airfreight to Nacala, you have to fly to Nampula and then you still have a two-hour drive to Nacala. There is a brand new airport in Maputo, and compared to other airports in Africa it is brilliant. Nacala is the next one; Pemba will be finished soon as well. Pemba is being funded by private investment. Tete is fine; however, the runway is short. There are still many other places in the country you can fly to though.

Why is Mozambique an attractive destination for logistics given the challenges?

First, from a cultural point of view, Mozambique is quite different from what you find in West Africa. When you mention Africa in the international market, people have certain things in mind, which is really Nigeria and Angola. They are already an old story now as they are very different markets, and the big companies are already there. Those companies have already made their investments, they have settled down, and they are working. In Mozambique, there is a tremendous potential in gas, coal, and other minerals. Mozambique is geographically in a very strategic position, providing water access to its landlocked neighbors. Today, we talk about the three corridors, which are only growing. You have more and more enquiries from Malawi, Zimbabwe, Zambia, and even from the Democratic Republic of Congo. There is Dar Es Salam, which is a port that is very heavily used by Malawi. However, it is facing problems because of its huge volumes. All the ports in Mozambique that are registered as ports know what to do and how to do it; all they need is investment. It is a question of political decisions and investments. When you talk about investments, there are countries such as Brazil that are investing in a lot of projects in Mozambique. However, with the reserves and cash flow in this country, it still needs to be able to build and offer contracts.