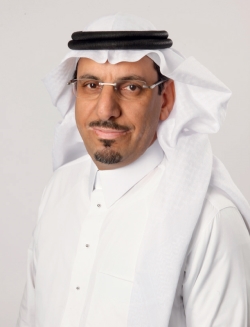 Share on:
How has Bahri contributed to the economic development of the country as a whole? Our economy has more exports and imports compared to our GDP than many other countries in […]

How has Bahri contributed to the economic development of the country as a whole?

Our economy has more exports and imports compared to our GDP than many other countries in the world. This is why the maritime sector is so important as most of the transportation needs are met via the sea. Saudi Arabia’s long coastline and major investments in infrastructure including ports has helped the industry to grow with tremendous activity in our Ports. Today, Bahri vessels frequently call on many of these ports, especially in Dammam, Jubail, Jeddah, and Ras Tanura. Actually, the idea for the establishment of our company The National Shipping Company of Saudi Arabia (Bahri) in 1978 was a government and private sector initiative to help strengthen the nation’s maritime infrastructure and be more self-sufficient in facilitating our trading requirements. Since then, the company has grown to become a truly global player in terms of size, importance, and diversification. Bahri (or NSCSA as it was referred to then) started in the late 1970s with time chartered general cargo ships, and we did our first new build program in the early 1980s, when the building of four ro-ro ships were commissioned in Sweden, where some of the best ships were constructed. Those ships were retired just last year, after serving the company for almost 30 years. They were well-built, well-maintained, and were in excellent condition, even when they were retired, as per the industry standard. Since then, the company has gone into a number of new build programs and partnerships to grow to what it is today.

The company has a large history of building successful and lasting partnerships in every field or area where it started. We partner with eminent Saudi companies, such as SABIC and ARASCO, both of which have a significant stake in the respective business segments of National Chemical Carriers (NCC) and Bahri Dry Bulk (BDB), respectively. The latest development is the landmark agreement with Saudi Aramco involving the merger of the entire fleet and operations of its subsidiary, Vela International Marine, with Bahri. This makes Bahri the exclusive provider of crude oil marine transportation for Saudi Aramco on a delivered basis. It also positions Bahri as the national transportation champion in the Kingdom. Today, the asset base of the company is more than SAR12 billion. Post-Vela transaction, which will be finalized by 4Q2014, the asset base will exceed SAR17 billion.

What are the benefits of the merger with Vela’s fleet and operations?

This merger is good for the nation, Saudi Aramco, and for Bahri. It is good for Saudi Arabia because it will further strengthen the maritime industry, give it a new profile, and open the door to further development in the sector. It is good for Saudi Aramco because it widened its control and access to guaranteed tonnage in an efficient way. And for Bahri, it will give us access to a huge, exclusive business, with the potential to benefit from economies of scale. It also opens the door wide for further collaborations with Saudi Aramco in the future in other areas. The transaction involves Vela’s 14 VLCCs, a floating storage VLCC, one Aframax tanker and four product tankers, and operations including related employees both offshore and onshore. The transaction is valued at $1.3 billion. This will be satisfied by Bahri making a cash payment of $832.75 million whilst, the rest will be paid via the issuance of 78,750,000 new Bahri shares to Saudi Aramco at an agreed price of SAR22.25 per share. The new Bahri shares held by a wholly owned Saudi Aramco subsidiary will represent a 20% shareholding interest in Bahri.