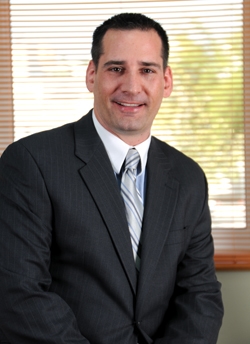 Peter Ford is the CEO of the Port of Salalah. The Port of Salalah is managed by APM Terminals, where he has worked in various responsibilities for the past 17 years. A graduate of the US Merchant Marine Academy, he holds a degree in Marine Transport & Business, a diploma in Port Management from Lloyd’s Maritime Academy, and an MBA in Global Management. Most recently Ford has been COO for the APM Terminals European region, where he represented APM on seven different boards before working in APM Terminals Headquarters leading global projects in acquisitions and strategy.

Share on:
"The Port of Salalah provides the fastest connection times to the Indian Ocean Basin."

How has the Port of Salalah developed and grown in recent years?

The interesting aspect of the Port of Salalah in an Omani context, and even regionally, is that it is purely market driven. Two shipping lines approached the government suggesting a world-class container port in that particular location. Because of this, it was almost a guaranteed success. If the market says there is a huge need and is willing to invest its own money, then further business will follow. Since the launch of operations in 1999 until 2012, the results are 665% growth in container volume and over 600% growth in general cargo volume. There are massive opportunities for the location and for the country. The company was formed in 1997 by a joint venture between the Omani government and two of the largest international shipping lines—Sea-Land and Maersk—and immediately listed on the Muscat Security Market. Between 1999 and 2001, A.P. Mí¸ller went through a series of acquisitions and restructuring, and what emerges today is APM Terminals, one of the world’s largest terminal operators for both inland and onshore terminals. It is a 30% shareholder and manages the day-to-day operations at the port. The entire weight of the A.P. Mí¸ller group and its expertise in all areas is behind the Port of Salalah.

How significant an advantage comes from your relationship with APM Terminals?

We have access to expertise, training materials, and learning experiences from other ports. At the same time, there is also a major advantage for APM Terminals in having Port of Salalah in its portfolio, because it is a multi-user facility that is very focused on the market. We bring commercial connections to the table. It has been a very good relationship on both sides. Omanization in skilled jobs at the Port of Salalah is 70%, and we are very pleased that today the majority of mid-level and senior staff are indigenous. We actively train Omanis by sending them to work in other ports around the APM Terminals’ network in addition to bringing in world-class expertise to train our people here in Oman. They also participate in our management training programs at international business schools like IMD or APM Terminals’ internal development courses such as MAGNUM and RMDP, where the aspiring leadership travels for training at several ports over the years for development in leadership, port operations, commercial and financial skills, and more.

“The Port of Salalah provides the fastest connection times to the Indian Ocean Basin.”

In 2012 we had a fantastic year, growing by 13% on the container side and 11% on the general cargo side. We achieved 3.62 million TEUs, which is the highest that the port has ever achieved. We also handled 7.2 million tons of general cargo, which is again the highest that the port has ever handled. Now, we are starting an expansion that is going to be completed by the end of 2013. That will give us far more capacity on the dry bulk side, but it will also triple our liquid bulk capability, which has become a very popular product. We have already essentially pre-sold around 65% of that capacity. The expansion will give us 1,200 meters more berth. However, in reality what it will do is allow us to really support local businesses, such as the mining companies in particular on the dry bulk side, to grow their volumes drastically. We expect to double our mineral dry bulk throughput by mid-2015. Right now, we have just over 2 million tons of liquids handled annually, and I expect that will be 4.5 million tons by the time the expansion is operating in its first year.

How important is the success of the Salalah Free Zone for the port?

It is absolutely vital. To me, it is not about how much money gets invested in an area, but about how much activity a company will see through the local economy annually. A successful free zone is in the port’s interests, and vice versa. Without the ports’ direct connectivity to 60 global markets by over 3,200 ships annually, the free zone customers would have a difficult time transporting their products to markets. Supporting the free zone in attracting businesses to set up in Salalah is one of the pillars of our strategy. We have grown our Commercial Department by 200% to support that.

How important is the port’s investment in technology to its operational success?

We have millions of dollars in technology investments ongoing. We have just finished the development of a new terminal operating system for our general cargo terminal, which will add value to the port and to our customers, who will be able to receive real-time information on their commodities and vessels. This will allow the customers better efficiency out of their supply chain and improve their competitiveness. Furthermore, on the container terminal side we have had the market leader in terminal systems, NAVIS, installed for years. It uses algorithms to reduce the driving distances of the trucks at the port, positions the vessels along the berth in the best spot possible to reduce the overall cost of operations, and automatically assigns jobs to the most efficient location or staff member. The port has just signed a contract to install differential GPS units in all of our equipment to ensure the highest levels of efficiency and planning. All of these investments are just the foundation for a platform called SmartYard, which APM Terminals has developed. Now that we have optimized the ships and the trucks, SmartYard will optimize the yard cranes and allow a reduction in waste of up to 30%, which translates into cost savings for our customers. At the same time, we are also working together with the government on putting 70 yard cranes onto the electrical grid rather than having them driven by diesel engines, which will save the environment around 16,000 tons of CO2 a year, and save the government more than $2 million a year in fuel subsidies. There is further technology investment in other sections of the business that will take us closer to our goal of being the port of choice that local and global customers use to connect their businesses.

What advantages do shipping lines stand to gain from utilizing the port?

The shipping lines gain automatically because they utilize the Port of Salalah as a hub, making us a network that can save them time and money. The Port of Salalah provides the fastest connection times to the Indian Ocean Basin and throughout the entire East African-Indian Gulf with the main trade lanes of Asia and Europe. That is where shipping lines can save their money, by taking these huge ships that generally have great economies of scale, and using a central location to get as close to the final market locations as possible. These network savings reach into the tens of millions of US dollars annually. Additionally, local Omani businessmen can use the backbone of the network to reach their markets. Essentially, it would be like living on the telephone company’s internet connection. We provide major value to the lines, and then the local businesses get to piggyback on that.