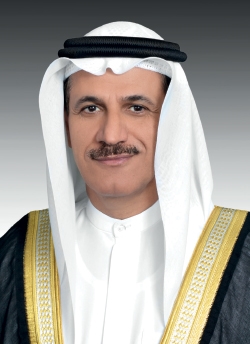 HE Sultan bin Saeed Al Mansouri was appointed Minister of Economy of the UAE in February 2008. He had previously served as both the Minister of Transport and the Minister of Development. In addition to his ministerial duties, he serves as Chairman of several high-profile public and private organizations, including the General Civil Aviation Authority, the Securities and Commodities Authority, the Insurance Authority, the Supreme Committee for Consumer Protection, and the Standing Committee for Economic Affairs of the Supreme Committee for National Security. He has a degree in Industrial Engineering and Management Systems from Arizona State University and a diploma in Computer System Analysis from the Institute of Computer Technology, Los Angeles, California.

Share on:
Abu Dhabi is quickly becoming one of the world’s top business destinations. What factors lend credibility to the Emirate as an international business hub? Abu Dhabi is one of the […]

Abu Dhabi is quickly becoming one of the world’s top business destinations. What factors lend credibility to the Emirate as an international business hub?

Abu Dhabi is one of the world’s most modern capital cities and offers a vibrant business environment with secure living conditions. Guided by the Abu Dhabi Economic Vision 2030, the economy has reduced its reliance on the oil sector and laid greater emphasis on knowledge-based industries. At the same time, there is considerable effort being made to leverage the Emirate’s substantial resources and experiences in the energy sector by investing in an evolving world energy market that is increasingly looking to renewable energy. Modern logistics infrastructure and new industrial zones have been created to support this heightened economic activity. As a result, Abu Dhabi is today seen as a leading business hub and gateway for global players, and is attracting investment from all over the world.

How has the Federal government’s economic policy changed as a result of the global financial crisis?

The UAE was not immune to international and regional economic developments following the global financial crisis due to the open nature of its economy and the UAE being an important supplier of oil to the rest of the world. However, this did not derail our policy of economic diversification. Instead, the UAE government has been aggressively pursuing its diversification strategy into non-oil, high-value manufacturing and service sectors. Our policy has been to stay focused on the path of innovation and partnerships, which we have identified as essential elements in building the nation’s competitiveness.

How will the UAE government’s announcement of an unprecedented economic expansion of more than AED100 billion worth of public and private projects improve the economy?

Economic diversification has opened new avenues for investment in the UAE, with the non-oil sector contributing 68.7% of the UAE’s GDP in 2011. The core focus will be on the industries of the future—transport, logistics, hospitality, tourism, and renewable energy—which will drive employment generation and economic development. Besides, a raft of new projects in social infrastructure, health, and education will make the UAE one of the best places to live and work. Together, these projects will pave the way for the creation of a sustainable economy.

How has the privatization of certain government services improved competency levels and allowed the government to concentrate on other key areas?

Privatization of government services has shifted a significant component of government activity to the private sector. By including the private sector in the development process, the government has not only been able to keep the money flowing within the domestic economy, which has reflected positively on the overall economy. The initiative has also helped revive the internal investment process. As a result, while on the one hand the economy has become more competitive, on the other the government is better placed to focus on major areas of development activity.

Is there a risk that high levels of government spending will crowd out the private sector?

The UAE’s economic situation is in no way discouraging private investment or leading to higher costs of borrowing for consumers and businesses. On the contrary, the UAE has created an attractive business environment that provides investors stability and wide room for growth of their businesses as well as many other benefits. That is why today the UAE is the regional headquarters of over 25% of the top 500 companies in the world. It also ranked the 23rd easiest place to do business, moving three places up, out of 189 countries worldwide on the World Bank’s Doing Business 2014 report. Furthermore, it stands out first in the region and fourth in the world in the IMF’s Ease of Doing Business Index.

What is the UAE government’s strategy to boost FDI in the Northern Emirates?

The Northern Emirates hold plenty of opportunities for development activities, particularly for oil, engineering, and construction firms. The UAE is a leading FDI destination, and FDI inflow into the country is estimated to have surged 21% to $9 billion in 2012 from $7.6 billion in the previous year. Currently, major infrastructure projects are underway across the Northern Emirates and the government welcomes FDI activities that match local development requirements.

In order to maintain a sustainable economy, how important is it for Emiratis to seek employment in the private sector?

Sustainable economic development will not be possible in any economy without the engagement of the local population in the realization of economic goals. The UAE Vision 2021 envisages a sustainable economy in which UAE citizens will carve out their future in a spirit of entrepreneurship and responsibility. It is estimated that only 22,000 Emiratis are working in the private sector, despite recent figures indicating that the sector itself provides for more than 4 million jobs. The private sector is a key component of the UAE’s economy, and certainly we need the support of a UAE national workforce to contribute to a vibrant economy.

What role will the Federal Government play in the UAE’s plans to become a hub for global Islamic finance? And how important is Islamic financial services to the economy?

Islamic finance has become an important component of the global economy, and the UAE government has been supportive of initiatives to tap the massive opportunities available in the industry, currently valued at more than $1.6 trillion globally. The UAE is already one of the biggest markets in the region for Islamic banking, and we expect Dubai’s ambitious plans to help further improve this vital segment’s contribution to the economy. The Islamic banking sector has a bright future in the UAE as it has been playing a major role in financing infrastructure projects, residential properties, and corporate expansion.

Abu Dhabi and its fellow Emirates are beginning to implement similar destination services, such as finance and media free zones. How is the Federal Government ensuring that the seven Emirates are complementing each other, rather than competing?

The various initiatives of each Emirate are aimed at supporting the overall growth of the UAE economy. We need not look at such initiatives being confined to the competitive level. The UAE government would encourage initiatives such as these to serve complementary purposes by focusing on different parts of respective industries, building up on areas of strength to support the overarching economic framework.

How has recent instability impacted the economic relationship between the UAE and other MENA states?

While the UAE is concerned about the political instability in the region, the situation has not come in the way of our efforts to build key economic relationships. As a vibrant regional economy, the UAE has maintained good economic relations with most MENA states and is engaged in an integrated action plan to boost economic ties with a number of partners.