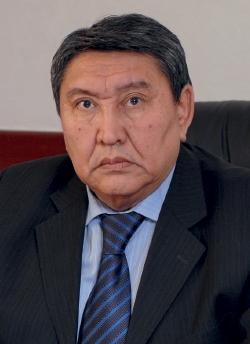 Chairman of the Board, Korem

Tiessov Suinshilik was born in 1946 and graduated from Kazakh Polytechnic Institute, obtaining a PhD in Engineering in 2002. He has 48 years of experience in the power industry and is currently the Chairman of the Board at Korem.

Share on:
What were some of the key reasons behind the establishment of Korem in the energy sector? Following the fall of the Soviet Union, Kazakhstan, as well as Russia, launched reforms […]

What were some of the key reasons behind the establishment of Korem in the energy sector?

Following the fall of the Soviet Union, Kazakhstan, as well as Russia, launched reforms targeted at the transition from the centrally planned economy to a market economy. The energy sector is of prime importance to the country’s welfare; therefore, Kazakhstan embarked on restructuring this area. Kazakhstan has advanced greatly in power sector reforms. The vertically integrated monopolistic sector has been unbundled, most of the generation plants privatized, and a competitive wholesale market developed, with a modern grid code. In effect, the main power producers could compete for customers. It was necessary to provide both power suppliers and consumers with an electronic trading platform. This is how Korem was established 12 years ago.

Which service is at the core of your portfolio, and how have you developed it?

Let me describe how a power trading market works. The participants are sellers—power generating companies (mainly state-owned Kazakhstani power plants)—and buyers. Generating companies offer a certain amount of electricity available at a certain time on a competitive basis. Korem operates as a transparent power market. All transactions between sellers and buyers are performed electronically. There are numerous electronic power trading platforms across the globe. For example, there is Nord Pool, and many more similar markets in Europe. Remarkably, Korem was the first e-trading power market in the CIS countries, and was established before the Moscow Energy Exchange.

How many clients do you serve?

To date, about 90% of the power capacities are traded directly between power plants and consumers, following bilateral contracts. The remaining 10% are traded through Korem.

What is your opinion about the electricity market in Kazakhstan, and how do you see it evolving in the future?

Kazakhstan is an emerging economy, and GDP keeps growing. In the last two to three years, the annual GDP growth rate was 6% to 7%. Obviously, an emerging economy demands more power capacity. During the past two years, energy consumption has been increasing by 3% to 4% a year. We expect this trend to continue into the foreseeable future.

What is your opinion about government efforts to promote green solutions while simultaneously considering nuclear power?

At present around 80% of Kazakhstan’s electricity comes from coal-powered plants, and about 10% from gas-powered or fuel oil-powered generating facilities. The rest comes from hydroelectric sources. Thereby, it is clear that 90% of electricity is generated through traditional technologies that utilize non-renewable resources. Currently Kazakhstan’s development strategy has increasingly integrated environmental protection and sustainable development considerations and focuses on developing renewable and nuclear energy to replace conventional high-emission technologies. Notwithstanding the priorities, I would expect that within the next 10-15 years the lion’s share of power would still come from solid fuels, although the share of traditional power plants will gradually decline. I suppose it will account for no more than 15% of all produced power.

Do you see the development of this trend in the medium term or will it require more years?

I expect the first high-capacity nuclear power plants will be launched within the coming two decades. Therefore, there is a growing emphasis placed on nuclear energy as a means of reducing dependence on traditional energy resources. Kazakhstan ranks second globally in uranium reserves, too. There is a developed uranium industry about to start producing uranium fuel. The projects are currently being considered for their feasibility. By the time the first nuclear power plant is launched, Kazakhstan will need to train highly qualified human resources to ensure safety. This will take a significant amount of time.