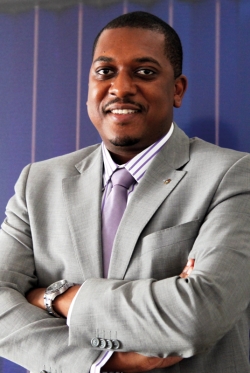 Prior to working with Martifer Solar, Joaquim Tobias Dai attended the Technical University of Lisbon’s School of Economics and Management from 2001 to 2006. He was also working as an Associate for Portugal Travel Agency Intersol Tours Agency in Mozambique from 2002 to 2003. He then went on to become a Member of the Installation Committee and Director of Sales and Marketing of Financial Services for Letshego Mozambique in 2008. In 2010, he held the positions of Executive Director of Promosoft Mozambique and Founder and Executive Director of Trust Energy Solutions. He is currently Board Director at Martifer Solar.

Share on:
What role will solar energy play in meeting Mozambique’s electricity and power needs, given that only 30% of the population has access to electricity, and only about 20% of that […]

What role will solar energy play in meeting Mozambique’s electricity and power needs, given that only 30% of the population has access to electricity, and only about 20% of that is from the national grid?

Solar power is very quick to produce. It’s also very expensive to extend the national network. Through solar power we can establish small grids throughout the country, as long as there are enough people who need this electricity and enough commercial activities that can be developed with it. Solar power is greener, it’s sustainable, and, in the long term, it is cheaper than other sources of energy. What we want to achieve is rural electrification. Solar power is ideal for this because it has a simple installation procedure and the maintenance is very low. Solar power helps to develop small industries by bringing electricity to remote places not considered by distribution companies, because it is expensive to extend power lines.

How has Martifer Solar tailored its expansion plans for Mozambique?

We have been active in Mozambique since 2011. It is very important to look at the long-term view. Martifer Solar has always established solar parks and subsequently sold the energy to the national grid. Mozambique is the first country that Martifer has penetrated differently. We have begun with rural electrification supply for small businesses, and from there we are looking to increase our foothold and to establish ourselves to supply larger, more well-known companies. Our setup enables us to supply anyone regardless of their electricity needs. Most of the companies in the north of the country use generators because they want stable power, and they do not always have access to electricity from the grid. Martifer Solar can come and help those companies produce their own energy supplies, go green, and gain access to cheaper energy.

What is the appetite for solar power in Mozambique, and how do you intend to increase it?

The appetite is not that big, simply because there is a lack of knowledge. We are currently working on spreading the knowledge about the advantages of solar power to the general public. One of our strategies is to approach people that have the knowledge, have access to markets, and access to decision makers in Mozambique to electrify their own houses and their farms. As soon as they are on board, they can talk to the others about it and perform PR for us by word of mouth. We already have interest from the Maputo Municipality, which wants to use our solar panels to power the new streetlights of the Maputo-Catembe Bridge. We would also like to increase awareness with homeowners who have large gardens and swimming pools, all of which remain lit throughout the night.

“We are working on increasing market awareness in Cabo Delgado, where the gas companies are.”

How are you targeting international companies that are coming in to invest in the assembly line?

We are targeting large companies. However, many of the major factories and companies are already backed up with seven or eight generators. It is very difficult to sell solar panels to someone that already has generators producing enough energy to power a small city. However, we are not giving up. We are working on increasing market awareness in Cabo Delgado, where the gas companies are, especially since they have lots of offshore platforms. For them, the only feasible power source will be solar, and through the development of these partnerships we will also be able to power their onshore infrastructure. Nacala will be a logistical hub for the coal companies in a few years, and we want to position ourselves there as well and target big companies. One strategy that we are working on is to establish a renewable energy association in Mozambique to lobby the government as well as industry. We need to gain more exposure about renewable energy. The government is not helping us because it has other priorities at the moment. We need to position ourselves correctly in order to gain support from large companies, as well as to continue with our own strategic plan.