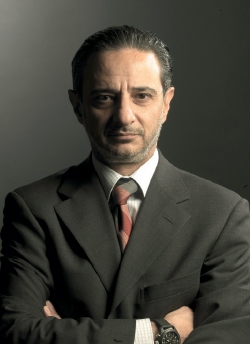 Claude J. Bahsali received his Bachelor’s degree in Electrical Engineering from the American University of Beirut in 1982, and joined Mideast Data Systems (Lebanon)—affiliated to ITG—shortly after. Since then he has undertaken various responsibilities in the context of the group. Claude joined the Board of Directors of ITG (Holding) in 2001 and was appointed as Chairman and CEO in 2004. ITG is part of HOLCOM, an international group operating since 1967, with a strong presence in the Middle East, Europe, and Africa. HOLCOM employs more than 3,500 professionals in 200+ companies operating in 30 countries.

Share on:
How would you describe your system of corporate governance? Unlike most companies in this region, we are not a family business. The group was established in 1967. Shortly after its […]

How would you describe your system of corporate governance?

Unlike most companies in this region, we are not a family business. The group was established in 1967. Shortly after its inception in the mid-1970s, the founder started to introduce the shareholding concept to various managers. It was, and still is, a privately owned group, but it is managed in a way that is a hybrid model between a public and private group in terms of the ability of managers to acquire shares in the company. The major advantage of such a model is that you able to motivate talented resources and retain them. This is how our group sustained its growth in the various businesses, sectors, and countries we are present in.

What sectors are you currently expanding into?

First of all, it is worth noting that 90%+ of our group’s business is in the IT and telecoms industry. We do have sister companies that operate in pharmaceuticals too, but 100% of Information Technology Groups’ (ITG’s) business is in IT. In addition to banking, which is our top target sector, we are involved in various other verticals. Traditionally, we have worked with many banks, because this is the largest and the most solid sector in Lebanon. Historically, it was natural for us to work with banks. However, over the years, we have expanded to other verticals, in particular hospitality, higher education, and public sector infrastructure. More recently, we are starting to invest in acquiring expertise in healthcare. We have established some partnerships and started to train people, aiming to develop that promising business. That is a sector we are looking at with lots of interest.

How would you assess ITG’s business performance over the last year?

Despite the fact that 2013 was a challenging year, we were able to grow over 2012, which by the way was an excellent year. To be able to do that, we focused on growth while controlling our expenses. We also developed value-added businesses in terms of introducing more value-added solutions to our portfolio, in particular those that generate service revenues. We are actively promoting more software and more services, with less of an emphasis on hardware, which you practically sell at cost. In fact, we use hardware sales as a vector to introduce ourselves in accounts and then target the sale of services and solutions that generate margins. This is how we are managing our growth, by investing more into value-added businesses.

Have you undertaken any mergers or acquisitions this year?

Yes, over the recent period we have acquired an Oracle Gold partner, Fadel Systems, which we renamed Primeware—family names don’t fit in our group’s culture. After establishing a company called SYSPRO around 18 months ago, specialized in smart building solutions, we then acquired Light & Build, which was established a decade ago in Lebanon, to complement our solutions and integrated it into SYSPRO. Moreover, as Canon—one of our major suppliers—has acquired Océ globally, we have decided to acquire the business of the local Lebanese distributor of Océ. That transaction was completed in early 2014. We have made other investments as well. Back in October 2013, we invested in a banking software company called Capital Banking Solutions, which has offices in New York, Paris, Monaco, Dubai, and Beirut.

What can be done to nurture talent in the IT world in Lebanon?

The country needs faster internet and a better legal framework. Those things need a lot of work. Today, we have poor internet speeds and high costs; our telecoms infrastructure is old and needs to be upgraded. In 2013, we had 12 months without a government, meaning people were not legislating or implementing new laws. On the bright side, our education system is still good; we have a good and growing talent base. It is worth noting that our company is very much merit-driven and people normally evolve from the bottom up. Our preferred approach is to recruit from within. Most of the managers here in the company started as engineers, sales persons, programmers, or accountants. I personally started as a field engineer in one of our affiliated companies and I slowly, but surely, moved up.