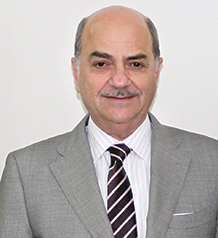 Steady As She Grows

Arthur Nazarian was born in Beirut in 1961 and studied textile engineering in the US. He is active in the trade and industry sectors, owning several companies in the Gulf. Previous governmental positions have included Minister of Tourism and Environment. He was elected as a deputy in 2009.

Share on:
TBY talks to HE Arthur Nazarian, Minister of Energy and Water Resources, on the potential offshoots from oil and gas explorations.

What changes will the first licensing round for oil and gas exploration bring about in terms of investment for the sector?

The ratification of the two pending decrees for the licensing will allow the Lebanese government and the Ministry of Energy to close the first licensing round and award the relevant blocks to launch exploration and offshore production activities. Needless to say, large resources will be needed to carry these activities, which will boost the sector and all auxiliary and complementary sectors that benefit from the potential development of oil and gas in Lebanon.

Have you structured a particular model for a sovereign wealth fund for oil and gas revenues in the country?

This is stipulated by the Lebanese Offshore Petroleum law 132/2010, which clearly and unequivocally states that all revenues originating from petroleum activities will be placed in a sovereign wealth fund. We are still waiting for a law to be put in place that will structure the fund and determine the entire procedure before moving forward with these recommendations.

What was the outcome of the five-year National Energy Efficiency Action Plan (NEEAP) program, and are there any plans for 2016-2020?

The first NEEAP 2011-2015 included 14 initiatives in energy efficiency and renewable energy. In the last five years, the ministry invested all efforts to implement the NEEAP. Early in 2016, the Lebanese Center for Energy Conservation (LCEC) conducted a full evaluation of the NEEAP, and the results show that almost 60% of the NEEAP initiatives have in fact been achieved, which we believe is a good success rate; however, the important thing now is to benefit from our pitfalls and try to implement the new NEEAP 2016-2020, which is already published. The objectives of the new NEEAP are challenging, but given the progress made in this sector, I am quite confident that the success rate of implementation will be much higher than its predecessor. I am also pleased to announce that the second National Renewable Energy Action Plan (NREAP) 2016-2020 will be published in September 2016, which reiterates the commitment of the Ministry of Energy to reach 12% of renewable energy by 2020.

How has the Central Bank’s NEREEA project transformed the approach of the private sector toward energy efficiency and renewable energies?

The NEEREA national financing mechanism has proven to be the best financing mechanism in the region, with more than USD450 million in loans implemented in this sector. The Ministry of Energy, through the LCEC, is a main partner of the Central Bank in the NEEREA development, and, thanks to NEEREA, the private sector is witnessing remarkable momentum. For instance, the latest study by UNDP and LCEC shows the solar photovoltaic market has doubled between 2014 and 2015, and the current installations in 2016 indicate that growth will more than double between 2015 and 2016. NEEREA has inserted a sustainable energy culture into the Lebanese private sector, and we are proud of that.

The Lebanese government set a target to increase renewable energy consumption to 12% by 2020. How feasible does this target look four years away from the deadline?

The plan for the next four years will be made public soon. In this new plan, Lebanon is committed to reaching the 12% target, which translates into 833 ktoe, and that is a number to remember. The ministry is working on three main paths to reach our national objectives. Wind energy and solar energy for electricity production would represent one major milestone, with a projected share of 3.96% of the targeted 12%. Solar water heaters and biomass are another important milestone, with around 4.8%. Last but not least, benefiting from hydro resources for electricity production would be essential with a percentage of around 3.24%. The ministry will not spare any effort to make the 12% target a reality. Progress is made at the level of decentralized solar systems, solar water heaters, and other technologies. A giant step would be the initiation of the wind farms, which we hope to launch soon.