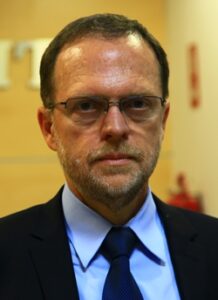 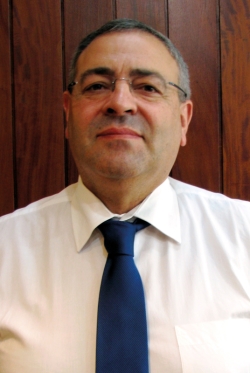 Share on:
What is Mozambique’s significance to Odebrecht both regionally and globally? MIGUEL PERES Since we re-launched operations here in 2006, Odebrecht has prioritized Mozambique. Odebrecht has been here for six years […]

What is Mozambique’s significance to Odebrecht both regionally and globally?

MIGUEL PERES Since we re-launched operations here in 2006, Odebrecht has prioritized Mozambique. Odebrecht has been here for six years now, and it has been involved in the one of the most important projects—the Moatize Coal Project with Vale—with works developed in Moatize and Beira. The opportunity to develop other projects, such as logistics for the mining, oil, and gas sectors as well as in the agribusiness and energy sector, makes Mozambique extremely important for our strategic growth in Africa for the next few years.

What are the key logistical challenges presented when working on large rural projects?

RUI CARRITO Transportation is very difficult in the interior of the country. We also have another problem with the skill of the labor force. Unfortunately, for very specialized work such as bridgework, we have to bring in skilled labor from Portugal. We have around 700 people working for us in Mozambique, and between 80 and 90 are Portuguese; however, our target is not to increase the workforce in general, but decrease the amount of Portuguese labor. There are many difficulties in bridge construction. Everybody has to make a huge effort to improve the labor skills in Mozambique over the next few years.

How has Odebrecht taken advantage of working with Brazilian mining giant Vale to leverage further business opportunities in Mozambique?

MP Our relationship with Vale started more than 30 years ago in Brazil; being part of the company’s first greenfield coal mining development outside of Brazil was of the utmost importance to us. Now, we have been able to get to know the market better, create opportunities, and make the most of the good relationships between the governments of Brazil and Mozambique. Our next project will be an industrial duty-free zone in Nacala. It will establish the infrastructure for companies and provide water, power, and all the services needed. This should be ready in two years.

The second bridge going over the Zambezi River is very important to development in the country. What will be its impact on transportation in these areas?

RC All of that northern area has become more important in the last three or four years. It has only one bridge and the traffic is not only from mining companies, but also from countries like Malawi, Zimbabwe, and traffic in general from the interior of Africa. If you look at a map, Swaziland, Botswana, Zambia, Malawi, and Zimbabwe depend on Mozambique to have connections to the sea. Mozambique has roads, railways, and ports. I look at the country and see many possibilities in mineral resources, gas, and petrol; however, the mining resources can only last for 20-40 years, and eventually they will end. Until then, the geographic location of Mozambique and its infrastructure are very important for all the countries of the African interior.

How can your company tackle associated challenges in developing and financing large-scale infrastructure projects?

MP Given the country’s political and economic stability, it has attracted the attention of various stakeholders interested in developing not only mining, oil, and gas-related projects, but also in infrastructure, such as ports, railroads, and airports. A public-private partnership (PPP) legal framework is in place, which gives investors more confidence. Nevertheless, the learning curve is still there, so it may take longer than we would like, but we are optimistic that the country is on the right path in creating solid foundations for the development of badly needed infrastructure.

RC The investment in schools, hospitals, hotels, and houses is still important to us, and it is improving. Public infrastructure is also improving a lot. We look at infrastructure such as roads, railways, and also dams. Mozambique has a lot of activity in the energy sector, and dams form a large part of that. For us, there are many possibilities with schools, hospitals, hotels, roads, and harbors. The larger infrastructure projects are more visible because the investments are larger. Of course, a $40 million project is more important to me than a $2 million project. However, we are still working on the two sides.

Welcome to
Welcome to WPBot
×