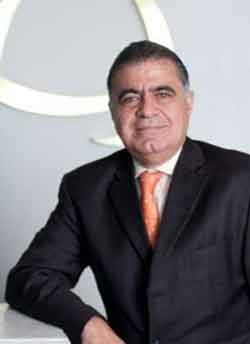 Mario Maciel Castro studied Business Administration in Mexico and Spain and has had a long career in the finance sector. Prior to his position as CEO at CI Banco, he worked as Foreign Exchange Director at Banco Interacciones.

Share on:
"The trust factor is important, and we have created a unique product among Mexican banks."

Last year was a year of diversification for CI Banco. What steps did you take in that regard?

It was a year of acquiring non-foreign exchange (FX) businesses. In April 2014, we bought Bank of New York Mellon, merging the companies. Bank of New York Mellon is mainly engaged in the fiduciary trust business. This move represented an effort by the shareholders to become a bank. In 2008, we received authorization to operate as a fully licensed bank and have worked toward that ever since. We do not want to merely be an FX house operating under a banking license. To date, we have been participating in almost all banking operations, with the exception of real estate mortgages. We have launched diverse products and channels, and created a powerful internet banking system. In addition to developing our mobile banking offering, we have over 200 ATMs, 186 branches, and a variety of products. CI Banco undertook to become the first Green Bank in Mexico, which is not a business strategy, but more of a philosophy, as sustainability does not run contrary to profitability. Put another way, we must be profitable and then become green or sustainable.

What does being a green bank mean?

According to this philosophy, we take care of the environment. This does not mean that we only attend to “green” customers, or that we only provide “green” products, because at this point it is not feasible to focus exclusively on such areas. Instead, we are trying to provide services for customers keen on sustainability. For instance if you are trying to finance a green car that produces less than 80 units per kilometer of CO2, you will receive a better rate from us. That is our green philosophy. We have developed many products, but our revenue is still derived primarily through FX and derivatives. Over the past five years we have balanced our mixture at 40% banking and banking products and 60% FX.

Having diversified your product mix and offered different products for various industries, in what areas do you anticipate expansion?

The trust factor is important, and we have created a unique product among Mexican banks. CI Banco is financing solar panels for housing, which is important and challenging because we must teach our customers about renewable energy.

One of the stated goals of the finance reform was to increase the loan portfolio in Mexico. Have you observed any developments on that front?

The main goal of the reforms was to increase the provision of cheaper banking loans. On the other hand, there is also a problem with the requirements for the net equity ratio. Let us suppose we must have at least a 12% net equity ratio, while on the other hand the loan reserves have been increased, whereby we have tougher rules for such reserves. According those rules, it is hard to increase them. The other variable is that the reserves are no longer tax deductible.

What is your outlook for the Mexican economy for 2015?

Certain key analysts have decreased their GDP growth projections. I foresee a figure of less than 3%. Analysts were especially influenced by the fact that this is an election year. All the reforms were approved and will start this year. The collapse of oil prices came out of nowhere, and there was a subsequent drop in public expenses. Thus I do not foresee growth of over 2.8%. Many of our customers are suffering because of this downturn, whereby these conditions are something we watch closely.

“The trust factor is important, and we have created a unique product among Mexican banks.”

What are your expectations for CI Banco for the year ahead?

I expect the upcoming year to be defined by consolidation, as we will have to consolidate investments that we made over the past six years. In other words, we will not increase our branch network significantly. We have already invested millions of pesos in creating the bank’s infrastructure and so for this year we have adopted a more conservative stance in investing and spending to consolidate all business lines and the branch network we have developed. That is why we decided to control and reduce expenses this year. That being said, we are increasing our sources of income, which will enable us to enjoy a profitable year.