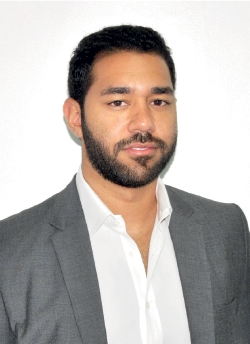 Persio Maldonado Sanchez graduated in 2001 from the Iberoamerican University (UNIBE) and began working at daily El Nuevo Diario in 2008. He was appointed Director in 2009.

Share on:
How would you assess the development of the local economy over the past year? From an entrepreneurial perspective, I think it has been a positive period for the country; the […]

How would you assess the development of the local economy over the past year?

From an entrepreneurial perspective, I think it has been a positive period for the country; the government’s main aim has been to adopt a fresh approach. For example, it has allowed people to borrow money through Banca Solidaria, a newly-established bank that gives people of limited economic resources an opportunity to change their lives. I think this tool will boost national development, as I believe Dominicans have great talent and creativity, but a lack of economic resources. The government has also taken important steps to boost the national economy in several strategic sectors, such as agriculture, by providing broader funding opportunities. One good example of that would be the mango industry, which has grown well over the past year.

How would you assess changes to Dominicans’ entrepreneurial spirit?

I can see that Dominicans are increasingly willing to take part in the growth of the country, and realizing the importance of working hand-in-hand with the government in the country’s best interest. I can say the same about industrial and entrepreneur associations at the national level. At the same time, I think the government has to become more involved in providing support for their development and the further industrial growth of the Dominican Republic. Lately, we have also seen the establishment of different industrial clusters between Dominican companies that seek to unite efforts and optimize resources and activity in order to become more competitive and efficient, which is an encouraging sign of development at all levels.

What role does a newspaper like El Nuevo Diario play in bringing the authorities and society closer together?

We have always aimed at displaying the government’s action, regardless of political persuasion, because we believe that Dominicans must know what their government is doing. In this context, we do not discriminate between good and bad government action; we try to show the reality of our country and government through the pages of El Nuevo Diario. That also applies to international news.

What are the logistics and distribution challenges facing El Nuevo Diario?

Due to the characteristics of the Dominican Republic, and the fact that not everybody has internet access, El Nuevo Diario does not have nationwide coverage. Our ideal would be to reach the entire country; however, we have to understand that I have inherited a rather conservative company from my father. I personally have a more entrepreneurial point of view; my challenge is to make our company more commercial and attain broader coverage. My duty now is to transmit this vision to all El Nuevo Diario employees because, at the end of the day, they will be the ones making such change possible.

Where do you see El Nuevo Diario in the future?

I see El Nuevo Diario becoming a nationwide newspaper that will be read by a wide range of people. Also, I think we must expand our presence in the US market, as we have correspondents there. Therefore, we are working toward making the El Nuevo Diario brand better known among Dominicans.