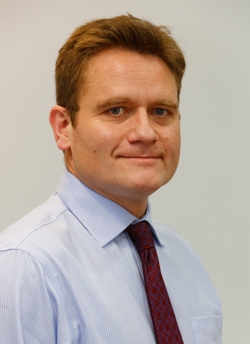 Gordon Birrell has a 26-year track record in the oil and gas industry, having joined BP in 1986. He spent the first years of his career on the North Sea, later moving to BP’s London Corporate Headquarters in 1999. He then moved to Azerbaijan to lead exploration and appraisal projects, including the early stages of the Shah Deniz development. Having later worked in various other positions for BP around the world, he returned to Azerbaijan in 2012 to become BP’s Regional President for Azerbaijan, Georgia, and Turkey.

Share on:
What are your top-three targets for 2013, and what is your strategy in order to achieve them? My primary target is to continue to deliver our huge business here in […]

What are your top-three targets for 2013, and what is your strategy in order to achieve them?

My primary target is to continue to deliver our huge business here in a safe and reliable manner. As operator of Azerbaijan’s world-class oil and gas fields, we take pride in our safety and environmental record in the Caspian. For 20 years, we have been the country’s reliable partner in developing its huge oil and gas resources for the benefit of the people of Azerbaijan and our partners. We have built an excellent partnership with the people, the government, SOCAR, and other stakeholders. My task is to further develop our safe delivery and reliable partnership. Secondly, I will focus on our production targets. In 2012, our total production from the Azeri-Chirag-Guneshli (ACG) fields was 664,000 barrels per day (bbl/d), which is slightly lower than 33 million tons. Recently, we have thoroughly analyzed our plans for ACG production stabilization and decline management and identified opportunities to respond to the technical challenges presented by the field. We have worked closely with SOCAR to find ways to ensure improved production delivery from 2013 onwards. As a result, we plan to intensify work on new well delivery, focus on some other key production areas, and also complete the Chirag Oil Project activities onshore and offshore, which is scheduled for start up during 4Q2013. My third target would be to further progress the Shah Deniz II project by achieving the milestones scheduled for mid-2013—the selection of the European pipeline. This would be followed by the historic, final investment decision that will allow us to commence the execution phase of this giant gas development and export project.

What do the recent discoveries in the Shah Deniz block represent for the company, and is there any further offshore exploration planned for Azerbaijan?

Indeed, some years ago we announced a further major new gas-condensate discovery in the Shah Deniz field. As a result of our appraisal and exploration wells, we discovered a new high-pressure gas condensate reservoir in a deeper structure below the currently producing reservoir, which extends the field to the south. While we believe this exploration discovery represents a potentially significant find and is a tremendous success for the Shah Deniz partnership and for Azerbaijan, such a deep, high-pressure reservoir will require new technologies that are presently under development in the industry. Therefore, our current focus is to develop Shah Deniz II with plans to produce an additional 16 billion cubic meters (bcm) per annum of gas to supply regional and European markets. This project is well advanced and with the final investment decision planned for later in 2013, we aim to get the first gas to the markets in 2018. However, I strongly believe that Shah Deniz has the potential for a Phase III and even further developments.

How would you evaluate Azerbaijan’s role as an energy hub in the future?

Azerbaijan clearly has the potential to rightly play an important role in the world’s energy supply market. It is already a regional energy hub with its 1.2 million bbl/d capacity Baku-Tbilisi-Ceyhan pipeline, which in addition to ACG has always welcomed third-party volumes from across the Caspian. There are also two other pipelines—the Baku-Supsa pipeline delivering oil to the Black Sea, and the South Caucasus Pipeline supplying around 7 bcm of gas to Georgia and Turkey. We believe with the start up of Shah Deniz II when Azerbaijan’s gas enters European markets, Azerbaijan will become more visible and important as an oil and gas supplier. Phase II, with its total planned capital investment of approximately $40 billion, is currently one of the largest projects anywhere in the world and definitely the largest in BP’s worldwide portfolio. We are very glad it will underpin Azerbaijan’s plans to establish itself as a major provider of gas to Europe.

I am proud to be able to say that the vast majority of our employees here are national employees. Since the earliest days of our presence in Baku, we have prioritized national staff development as one of the key elements of our support for the development of the country’s energy sector. For many years, we have operated a world-class training facility in Baku that has enabled us to train hundreds of technicians who are doing an excellent job running our complex offshore and onshore operations safely and efficiently. In September 2012, we launched an equally important training program for geoscientists, and surface and drilling engineers. This is a multi-million dollar learning initiative called the petro-technical resource entry program, which is aimed at the capability development of national petro-technical graduates joining BP. In addition, we have a series of local university support programs that aim to promote the education of petro-technical and related disciplines. We hope these initiatives will help us increase still further our annual intake of petro-technical national graduates as it is these disciplines where we still depend heavily on expatriate skills and experience. We directly employ about 2,600 Azerbaijani nationals, with growing numbers in middle and senior leadership positions. Our expatriate staff are expected to coach and develop national colleagues, and transfer key skills in the process. Building the capability of our workforce through hiring and developing the best talent that we can find is one of my key priorities.

How would you assess the changes in Azerbaijan’s economic development over the past decade?

I think a comparison of the 2013 state budget with that of 10 years ago describes the changes in Azerbaijan’s economic development over the past decade more impressively than anything else. The government has approved a record high-state budget—circa $25 billion—for 2013. This is huge for a nation with a population of just over 9 million. Economically, Azerbaijan has been developing at an amazingly fast pace. I am aware that according to the assessment of the Davos World Economic Forum, Azerbaijan now ranks 46th globally and is at the top of the former Soviet countries for the competitiveness of its economy. Also, it is very encouraging to see that the 2012 GDP increase was also sourced from non-oil sector growth, which means that the country is skillfully shifting its growth leverages to the non-oil sector. As Azerbaijan’s long-term oil and gas development partner, we are pleased to observe that the country is gaining increased recognition as a major contributor to European cultural and sports events. With the success of hosting the Eurovision 2012 Song Contest, Azerbaijan has now been elected as the host country for the first European Olympic Games scheduled for 2015. All this indicates that the country is clearly committed to maintaining the high pace of growth for many years, with greater integration into the world economy, sports, and culture.

What is your outlook for Azerbaijan’s energy sector in 2013? What are the medium-term plans of BP in Azerbaijan?

We believe Azerbaijan’s energy sector has the potential to grow for decades. The government has signed a number of new production sharing agreements (PSA), including the one between BP and SOCAR on the joint exploration and development of the Shafag-Asiman structure. We have already conducted the first 3D seismic in that area, and we are currently at the data processing stage, which will continue through 2013. The structure is very promising, and we look forward to our first exploration well in a few years time. We also believe that the country’s energy future is very much linked to its plans to become a global gas supplier. These plans are mainly based on Shah Deniz. During 4Q2012, we increased the capacity of the entire Stage 1 system to 966 million cubic feet per day (mmcfd), which is almost 10 bcm. We currently have five producing wells and these deliver record rates of producing almost full capacity. Total production in 2012 was around 8 bcm of gas and over 2 million tons of condensate, and in 2013 we expect even higher production levels. Stage 2 has also made significant progress. Great achievements have been made on progressing the South Caucasus Pipeline Expansion (SCPX) with the Environmental and Social Impact Assessment (ESIA) disclosed in January 2013. Great progress has been achieved on the new Trans-Anatolian Pipeline (TANAP), which is planned to be built in Turkey and is set to become a key part of the Southern Gas Corridor linking Azerbaijan’s extensive gas resources to Turkish and EU markets. We strongly support TANAP, and we are working closely with other project participants to acquire a 12% interest in this project. We are on track to make the European pipeline selection in mid-2013, with a final investment decision planned for later in 2013.