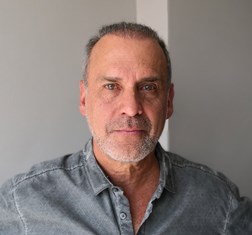 Diego Benalcazar has approximately 30 years of mining and project management experience across Latin America. He was instrumental in bringing the publicly listed Canadian firm Lumina Gold to Ecuador, his home country, when the opportunity arose. He obtained his degrees in geology at the North Carolina State University and PMD at Harvard University.

Share on:
Lumina established its Ecuador operations after the company opened up for greater private sector activity and is now working on Ecuador's largest gold project.

One of Lumina’s projects in Ecuador is Cangrejos, in the southeast province of El Oro in the relatively under-explored copper belt across the Andes. How have your operations advanced here, and what are your expectations?

We have explored about half of the area and produced the preliminary economic assessment, which has provided important information. We have already identified 8.9 million ounces of gold resource there, which makes it one of the largest gold projects in the country. In November, we will start the complementary in-field, out-step, and hydrological drilling program along with further metallurgical testing, and then soon after, we will take the project into the pre-feasibility stage. There is a great deal of complementary technical information that needs to be obtained, such as resource and geo-technical information, and we need to continue to progress with the infrastructure design. We focus extensively on environmental and community aspects, as the project is an area with low-population density and no indigenous communities. Exploration in the Cangrejos area commenced in 1994, and later Odin Mining del Ecuador formed a JV with Newmont to explore the concessions. During the 2016 tender process, we were able to make the best proposal for the complementary “Cangrejos 20″ area, which was a driver for us to keep going and advancing the project. At present, we have two rigs in place and may have at least one more by December 2018. We will be drilling close to 20,000m more in the coming year, just to take it to pre-feasibility. There is a great deal of new infrastructure being built by us, including new roads and camp facilities, and we have highly qualified consultants and internal geologists working on every aspect of the advance exploration program.

How have you incorporated environmental sustainability and social responsibility into your corporate philosophy?

We comply with all local and international industry environmental standards. Being a listed company, we comply with e3 PDAC CSR standards, which is what we have implemented already. We have strong environmental, safety, and community standards, and we bring in external consultants who review our programs. Our CSR team is a professional group of Ecuadorian employees headed by a Lumina Gold expert from Canada. We provide many opportunities to local environmental consultants. We have 44 concessions, so we are a major operator with more than 140,000ha turned into 11 projects, which requires an interactive team of different type of qualified professionals.

In mid-2018, Lumina Gold did a major corporate restructuring with the inception of Luminex. What was envisioned with that strategic reorganization?

We have a flagship project that will be a commercial product in the near future. We do not want to have all concessions under the same company because if we do a transaction, it would require us to put the other properties in the deal as well. When we started looking at opportunities for joint ventures for some of these projects, we created Luminex resources. So far, we have two JVs locally, one with Anglo American for the Pegasus A and B Projects in Central Ecuador, and another with First Quantum Minerals for the Cascas and Orquideas projects in southern Ecuador.

How is the dialog with the government on fiscal and regulatory environment for large-scale mining investments?

The dialog with the government is fairly healthy. Although Ecuador has experienced recent changes in the mining and environment ministries, the fiscal conditions are becoming better and welcoming for international investment at large-scale mining. The new investment law eliminates the application of the windfall tax and reduces the royalties from 5 to 3%. Moreover, companies that reinvest at least 50% of their profits in new productive assets will be exempted from the Currency Expatriation Tax. The private sector has been involved in all the changes and as the presence of international mining companies grows, we will reach a critical mass of companies, able to position ourselves into a more prominent position. Mining should take up 10-15% of the GDP in the next five years; however, at the same time, it is important for industrialization to take the environment and communities into account.