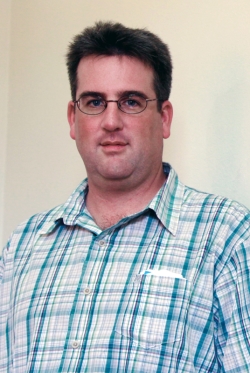 Gareth Clifton holds a degree in Economics from the University of Exeter and an MSc in African Studies from the University of Edinburgh. He joined Kenmare Resources as Mozambique Manager in 2001 having worked as General Manager for UTi Mozambique. He has been involved in the development of the Moma Titanium Minerals Mine from the explorations phase through to production and the ongoing second-phase expansion.

Share on:
Where does Kenmare Resources stand in regards to the pricing of titanium oxides, and what is your outlook for export prices? In the medium term there is certainly a supply […]

Where does Kenmare Resources stand in regards to the pricing of titanium oxides, and what is your outlook for export prices?

In the medium term there is certainly a supply deficit, and to some extent that deficit depends on demand as well as certain assumptions made about worldwide growth. We are quite bullish that the price will maintain itself at similar levels to what we are seeing at the moment, certainly in the medium term. It was on that basis that in 2010 we started our 50% expansion plan, which we are due to commission toward the end of 2012. When the financial crisis began in 2008, a lot of supply left the market. It has not come back into the market, hence the high prices at the moment. We cannot look beyond the medium term, but we believe that prices will stabilize over the coming years.

Where are your main export destinations?

In Phase I, the zircon was mainly exported to the EU, and the ilmenite to the US, with about 22% exported to China as well. The majority of the expanded production is to be marketed throughout Asia. We also export to Central America and Mexico.

What challenges have you faced in the run-up to the commissioning of the mine?

We have experienced a few delays; some equipment that we call “strong backs” was incorrectly manufactured, meaning we had to carry out on-site repairs. We currently expect to commission the mine by the end of 2012. There are always challenges; we are in a very remote part of Mozambique, and transporting equipment is very difficult. We have to do beach landings; we charter vessels from South Africa to ship the material, we then transfer the material offshore onto barges and bring it onshore by landing the equipment on the beach. Inevitably, much of the cargo also has to come by road; we are a long way from the purchasing center, so there are always difficulties connected to that.

How have you been able to secure financing?

It was difficult because at the time, Kenmare Resources had absolutely no balance sheet and we were trying to get people to invest; not only in a country that had just come out of a war, but in a very remote part of that country. That was why we had to resort to development finance institutions. We finalized loan agreements with the European Investment Bank (EIB), the African Development bank, FMO of the Netherlands, Germany’s KfW, the Emerging Africa Infrastructure Fund (EAIF), and Absa Bank of South Africa. Kenmare Resources needed to raise $70 million in capital from its shareholders. Further funds have been raised and invested since then and when the Phase II expansion is concluded the total investment will be approximately $850 million.

What production capacity are you expecting once everything is up and running?

The mine will produce 1.2 million tons of ilmenite and about 75,000 tons of zircon. We are doing a feasibility study for a Phase III expansion, and that would be based on the concession that we had looked at upon first starting activities in Mozambique. Our current mining concession goes until 2029, but it is renewable. We have enough deposits for more than 100 years at current mining rates.

Where will Kenmare Resources stand in terms of world suppliers of titanium derivatives in the medium term?

When the expansion comes online, we will have about 10% of the world ilmenite market and 6% of the zircon market. Clearly, over the next three or four years, there will be some new entrants, but there are also projects that are nearing the end of their economic life. I would imagine that we will maintain that market share, and depending on the results of Phase III studies, we will be looking to increase it.