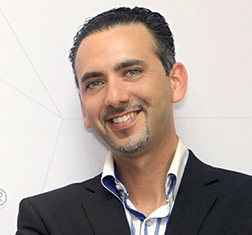 Erez Akerman has served as President of the Panama Diamond Exchange since 2008. Born in Israel, and educated there and in the US, he received his start in the diamond trade after training as a gemologist and diamond evaluator. He worked in Israel, Belgium, and New York before settling in Panama. He is the owner of Akerman Diamonds, which is headquartered in the World Jewelry Hub in Panama City, with outlets also in the US.

Share on:
TBY talks to Erez Akerman, President of the Panama Diamond Exchange, on the gemstone and jewelry market in Panama and beyond.

Can you brief us on the jewelry and gemstone markets in Latin America?

Let us first define Latin America from the perspective of the Panama Diamond Exchange. We are talking about a market that covers an area from Mexico in the north, encompassing the Caribbean Basin and traversing all of Central America and South America. It stretches over a vast area, including 20 countries and many islands, with widely divergent population groups. Latin America is a region rich in precious minerals and metals, and a result has a history of jewelry production stretching back literally thousands of years. But despite that, it is today considered one of the most under-developed jewelry markets on the face of the earth. More than two years ago we conducted a survey and discovered that the annual demand for jewelry and gemstones in Latin America hovered above the $8 billion mark. But with 8% of the world population, Latin America consumes less than 5% of the fine jewelry produced. On the one hand that indicates that it is performing way below its real potential, but on the other hand it show that there is room for tremendous growth. This is particularly the case where diamond-set jewelry is concerned, because there the region’s market share is even lower. What is lacking in Latin America, when compared to other parts of the world, is a well-organized business infrastructure, which is exactly what we are creating in Panama with the World Jewelry Hub, which will be the first trading center in the region dedicated to the professional gemstone and jewelry trade. The Panama Diamond Exchange, the only recognized diamond bourse in the region, will be its anchor organization.

What factors made Panama the prime location in Latin America to establish Panama Diamond Exchange?

A variety of important factors provide Panama with a clear strategic advantage. Geographically it is located at the virtual midpoint of the Americas, and this factor is complemented by the presence of Panama’s national carrier, Copa Airlines, which is the most connected airline in Latin America, and by Panama City’s Tocumen International Airport, which is the most connected airport in the region. It can honestly be claimed that, in Latin America, all roads lead to Panama City. Panama is also home to one of region’s most stable and prosperous economies, and it one that flourished, despite the fact that the population is relatively small. Its economic strength has been built on its status as both a regional and international logistics and financial services center, with the largest concentration of banks in all of Central and South America. Panama also has a dollarized economy, which is particularly important in the diamond and gemstone business, itself conducted internationally in US dollars. Panama’s government has traditionally been business friendly, and from this perspective we have received strong support for our venture over the years. This was underscored by the government’s declaring the area of the World Jewelry Hub a Free Zone, with no customs or duties on goods traded within its confines, and no tax on the profits of companies registered on its premises. And meanwhile, the attendance in person of the official grand opening ceremony in April by President Juan Carlos Varela further emphasized its significance.

Panama has the second largest free trade zone (FTZ) in the world: the Colón Free Trade Zone. Why have you decided not to build Panama Diamond Exchange there?

The economic environment in Colón is excellent, but it is a Free Zone designed to cater to merchandise coming through the canal on ships. This is not relevant to the diamond sector. Diamonds enter the country by air, meaning that a diamond exchange and jewelry-trading center would better be served by being in close proximity to an international airport. The World Jewelry Hub is situated just minutes away from Tocumen International Airport in the Santa Maria Business District, which is fast becoming Panama City’s most exclusive business address. The trade also requires extremely tight security, with careful control over people and merchandise entering and exiting the complex. Furthermore, lighting and trading conditions need to be optimal. The World Jewelry Hub, home to the Diamond Exchange, is being built to the highest standards, and when complete will surely be the most luxurious and exclusive facility of its type in the world. Importantly, with the area of the World Jewelry Hub also having been declared a free zone, the gem and jewelry-trading complex today enjoys the same benefits and advantages as exist in Colón.