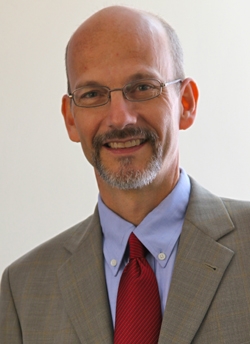 John Peffer has BS and MSc degrees in Petroleum Engineering from the University of Texas and has 27 years of oil and natural gas industry experience, all with Anadarko and its affiliates. Prior to his current position as General Manager of Anadarko in Mozambique, he spent three years working as Middle East Business Development Manager in London.

Share on:
Given speculation concerning the oversupply of natural gas and LNG, is East Africa at risk of missing the LNG boom if Mozambique’s gas doesn’t come onstream by 2018? The natural […]

Given speculation concerning the oversupply of natural gas and LNG, is East Africa at risk of missing the LNG boom if Mozambique’s gas doesn’t come onstream by 2018?

The natural gas discoveries in the Rovuma Basin represent a tremendous opportunity for Mozambique and our partnership. It is extraordinarily rare to find resources of this scale in today’s world. We believe there is an optimal window for securing terms that will meet the requirements of the LNG project, the Mozambican government, and the joint venture. Estimates for supply and demand vary widely, so it is important for us to control what we can and ensure we develop the resources as safely and cost effectively as possible, keeping in mind that a significant factor will be the cost of Mozambican gas compared to other competing projects around the world. One tremendous benefit in Mozambique is the world-class scale of these resources. From the upstream development perspective, we anticipate that we will be very competitive and be able to offer a premium product at a premium price. These are excellent reservoirs with exceptional flow rates. We have tested wells at rates of 100 million cubic feet (MMcf) per day, and believe the wells are capable of producing 200 MMcf per day. These are very high productivity wells, so the amount of drilling we need to do to be able to feed an initial 10 million ton per annum development is relatively low. Another benefit to Mozambique is that our targeted markets are seeking new supply sources and Mozambique offers a huge resource base that can supply them for the next 40-60 years with competitively priced LNG. We are moving forward in cooperation with the government. The technical side of the project is well advanced, and we are making progress on the other fronts as well.

What is the potential to diversify production so that LNG could supply both hinterland countries and the domestic market?

Our current plan is to sell our gas as LNG directly to the international market, which brings the most value to all stakeholders. The fact that the fields are offshore in deep water means that their development will require significant investment, although the quality of the resources and our ability to drive efficiencies in our business will help minimize costs. Currently, there’s no domestic market in Mozambique, so we are focusing on LNG exports and the revenues that exports can create for the government. The government is reviewing its options through the development of a gas master plan, and there may be some opportunities in the future for greater domestic use. Additionally, the government will have a significant volume that it may choose to commit for domestic use through royalties and equity in the projects.

How would you characterize the appetite for long-term LNG buyers in Asian markets?

The interest appears to be very high in Asian markets; they see this as a potential new long-term supply of cleaner energy. This enormous volume of gas along with a multi-train LNG project could provide a long-term, competitively priced supply of gas to these markets for many years to come. The natural gas resources are in place to elevate Mozambique to the third-largest LNG exporter in the world, behind Qatar and Australia.

What are your crucial milestones before further investment decisions are taken in 2013?

From an offshore perspective, we need to get certified reserves for the initial two trains—we are on target to do that in early 2013, so from the lenders’ and buyers’ perspectives, we will have certification that we have the natural gas they seek. Environmentally, we recently completed a comprehensive draft Environmental Impact Assessment, which basically lays out our plans for developing the resources with a minimal impact on the environment. The land for the liquefaction facilities has been selected, and we are working on other aspects that go along with that for financing. We’re engaging with the government on the necessary contractual and legal arrangements required for an LNG project of such magnitude. We are also engaged in actively marketing the LNG to potential buyers and customers.

Are you still on track to have committed $3 billion worth of investment by the end of 2013?

By the end of 2012, we expect to have invested about $2.2 billion in the project. By the end of 2013, we’ll likely be in the range of $3 billion to $3.5 billion investment in the project, which is significant for Mozambique. For the LNG plant, including the liquefaction facilities, upstream development, and transportation, we expect to invest about $15 billion to complete the initial two trains.

Will Anadarko partner with Eni to build the plant?

Since the Prosperidade complex straddles the block lines between our block and Area 4, unitization is called for under the Petroleum Law in Mozambique. Though no agreement is currently in place, we have discussions ongoing with the government and Eni relating to both the offshore and onshore development. We have a long-established and good working relationship with Eni, having had operations with it in many other places around the world.

Does it worry you when Nobel prize winning economist Joseph Stiglitz and Former Prime Minister Luisa Diogo call for the renegotiation of concessionary contracts?

Responsible development of the natural gas resources in the Rovuma Basin represents a transformational opportunity for Mozambique and its people. It is essential for the future of any project and foreign investments that host governments adhere to contracts and maintain fiscal stability. Our contract is a tax royalty contract, which we view as a fair contractual arrangement for the government and the partners. Under the terms, the government receives royalty gas and significant tax revenue as we are subject to the 32% corporate tax rate just like everyone else. The government also receives a large volume of profit gas that can be exported as LNG or used for domestic purposes if it chooses. Once the first project is completed under a stable legal and contractual framework, we believe the buyers will recognize Mozambique as a preferred supplier for years to come, and that can create wealth for the country.

What is Anadarko doing in regard to investing in education such as developing courses at Eduardo Mondlane University (UEM)?

One of the pillars of our social-investment strategy in Mozambique is education and training. Anadarko is working with the University of Eduardo Mondlane (UEM) to develop a petroleum engineering curriculum here in Maputo. It’s linked with several universities in the US, including Texas A&M and the University of Oklahoma. It’s progressing well, and we are excited by the prospects that Mozambique will train its own professionals rather than send them to the US, Europe, or elsewhere. The industry and country as a whole will see benefits from that program for years to come. We have assessed the capabilities in Maputo and what is needed, both on the equipment side and on the curriculum side. We’ll start putting that together and implement this plan in 2013.

What level of employment is Anadarko providing for Mozambicans?

Currently, we employ well over 1,000 Mozambicans, either directly or indirectly. We have an onshore and offshore block. The onshore block is more labor intensive, and there are several hundred people currently employed in the project. We are looking at vocational training, which is a big focus for the government. It’s important to recognize that while you may have 10,000 people on-site during construction, it takes far fewer to efficiently run an LNG plant. Over time, as a trained workforce is developed, it is our expectation that more and more of these positions will be filled by Mozambicans. The vast majority of job creation generally occurs through indirect or induced employment opportunities. As part of our LNG project management, we will work to ensure that our contractor establishes training programs to provide basic skill sets and looks to employ as many Mozambicans as possible during construction and production. We are also actively recruiting a number of Mozambican engineers and technicians that we can take to the US for two or three years to work in facilities for on-the-job training in offshore environments and gas plants—the idea being that they will come back and ultimately end up as supervisors. We have very qualified Mozambicans working in our offices in Maputo and Pemba. The challenge is there are not enough, and the competition is very intense.