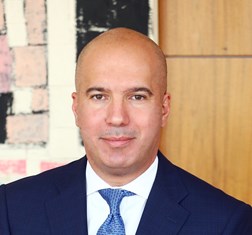 Georges Ojeil was appointed General Manager of Le Gray, Beirut in 2015. With several years of experience in the hospitality industry, he has overseen Le Royal Hammamet, Le Royal Luxembourg, Le Royal Beirut, Le Royal El Minzah, and Grand Hotel Ville de France by Le Royal in Tangier. He was called to join IHG as Executive Assistant Manager for the Crown Plaza Hotel in the Dead Sea, Jordan and then as Hotel Manager for Intercontinental Hotels’ flagship property in Amman. Ojeil holds an MBA from École Superieure de Commerce de Paris and an Executive MBA from the École Supérieure des Affaires in Beirut and has lectured in various hospitality institutions and universities.

Share on:
By putting a new spin on luxury travel, Le Gray hotel has established itself as one of the best places to spend time in Beirut.

Can you tell us about Le Gray’s history and some of its biggest accomplishments?

Le Gray opened in November 2009 and soon became the flagship of Campbell Gray Hotels in the Middle East. The hotel is a benchmark for modern, understated luxury. Its attention to detail and dedicated and passionate team have earned it several accolades in the past two years alone. Since our opening in 2009, we have followed a strategy of diversification of clientele, achieving the highest occupancy rate in the STR report. Le Gray Beirut was listed by TripAdvisor among the 25-best hotels in the Middle East in 2018 after having been number one in Lebanon since early 2016, in addition to also winning the Expert Choice Award 2018. We were also nominated among the top-five in the Middle East by the prestigious Prix Villégiature in 2018. Our latest achievement was being voted Lebanon’s Leading Luxury Hotel by the World Travel Awards in April 2019.

What makes your hotel stand out the most?

Le Gray is a concept with its own definition of luxury that takes inspiration from an understated understanding of luxury. The guest who comes to Le Gray comes to live an experience; he does not just come to sleep or eat. Le Gray’s guests are loyal and come for the small attentions that await them, from the individual service that recognizes every guest’s preferences to the friendly and homey atmosphere that awaits them in the cozy interior surrounded by genuine art. Our success as a boutique hotel since opening also highlighted a shortfall in conference and banqueting capacity. As such, the decision was taken to expand the hotel in 2015. Today, Le Gray has a new entrance with two accesses, one for arrival by car and another for pedestrians arriving from Weygand Street. A lobby lounge now stands in the heart of the hotel, a must for a luxury hotel, and our room inventory has increased by 16 new rooms and suites to reach a total of 103 units.

What is your target market?

As tourism arrivals declined, we implemented a strategy targeting business visitors to maintain a good occupancy rate. The situation has improved and at present 60% of our guests are business visitors and 40% are leisure visitors. With the return of tourism, we aim to achieve an equal rate of 50% per segment. To get into the details of the profiles and nationalities, 46% of our guests come from outside the region, principally Europe and North America, while 45% come from the Middle East and North Africa. To boost both numbers, we are participating with the Lebanese Tourism Ministry in major tourism exhibitions held in our target markets, while our sales team makes individual sales trips.

Have you observed any major changes in tourist arrivals in recent years?

We are witnessing interest in Lebanon from new markets. For example, the new route of SAS airlines encouraged tourists from Scandinavian countries to come to Lebanon. What’s more, direct flights to Madrid not only facilitated travel from Madrid itself, but also brought many more Latin American visitors. To be sure, these include tourists and the Lebanese diaspora. Our expectations for summer 2019 and the year in general are very high, both of which have been fully bolstered by our first quarter results and the general prevailing atmosphere.