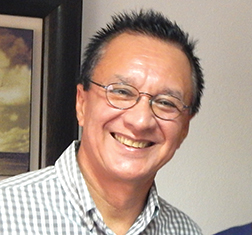 Share on:
TBY talks to Zorel Jaime Morales, President of Camara Minera de Panama (CAMIPA), on expanding the sector in Panama, attracting international investment, and how the government can help.

How is the Chamber positioned to support and foster the development of the mining sector in Panama?

CAMIPA is the association of mining companies operating in Panama. We have been working with the mining sector for over 20 years now. CAMIPA is currently pursuing a project due to enter operation by the end of 2017. Panama is rich in mineral resources and we are trying to get the government to invest further in institutional strengthening of capacities and improving legal framework, in order to reap the full potential of the economical, environmental, and social benefits. The Minera Panama mine will be operational in 2017, and will increase the country’s exports by a wide margin. To put it into perspective, the exports of this one mine alone exceed the income of the Panama Canal. We also have additional projects in Panama, the development of which will depend on the success of the first project. That is why we have been working for more than 20 years to realize it. We are close to finalizing this phase of the job. CAMIPA is urging the government to make the necessary improvements and advance the legal framework, institutional capacities, and other moves that will create effective regulation and stability in the mining industry.

Can you elaborate on the current legal framework? What kind of change should the government promote to enhance the attractiveness of the country, and encourage international investment?

Panama’s mining code was last amended in 1988, while our legal framework, despite being in place, has never been regulated. This is a major issue, and a challenge to remedy. Our regulations have to be modernized, with the code transformed into a modern legal instrument. Additionally, the legal framework would also determine the institutional capacity and create the institutional entity mandated with supervising the mining industry. Thus far, we have had a low category entity embedded in a multi-sectorial ministry as the Ministry of Commerce and Industry. The Ministry is engaged with imports and exports, and many other sectors of the economy, in addition to mining. Decisions appear to be 70% political and 30% technical in nature, which is not a workable scenario for the mining sector. The business is overly complicated as a result, and in the future, technical factors must precede political imperatives.

The government has identified mineral reserves estimated at $200 billion. How are local and international players capitalizing on these huge reserves?

If the government wants to encourage private sector capitalization, it first needs to open the mining sector. Instead, it has decided to wait until Minera Panama commences operations. This is unwise, given the government need to be adequately prepared to supervise this world-class project, not to wait until problems arise to react. Furthermore, there are more metallic and non-metallic mining projects to develop, the entire country has mining potential, but contracts are not being signed. Companies had filled over 230 applications nationwide, but just seven contracts has been granted thus far. Many of those applications have been held up at the Ministry of Commerce since 1990, and 60% applied before 2000. The current system does not work in any sense.

Regarding the $6 billion Minera Panama investment, what are the peculiarities of this project and how will it support the development of the sector?

This project will make the mining sector the biggest exporter in the country. Minera Panama will generate more than $2 billion per year in exports of copper, gold, molybdenum and silver. The expansion of the Panama Canal will produce $1.5 billion per year. This demonstrates mining’s ability to impact the local economy. That is also why many people are wary of the sector’s place in the country. It will upend the current balance of power and influence in the national economy, and businesses here are entrenched.

How do companies operating in Panama implement world-class equipment and technology to increase their exploration activities?

We bring in exports to teach technical skills. For example, no company has constructed a large-scale mine here to date, whereby these specialized skills need to be taught. Locals wonder why companies bring so many foreigners in to train our workers. While there are welders working on the Panama Canal, mining requires completely different techniques for same job. Panama lacks the equipment to operate its secondary industry. We do not have large-scale manufacturing, as almost everything is imported. Mining will provide an opportunity for Panama to open up its secondary sector in the near future. By way of an example, if in the future there will be two or three large mines in operation producing substantial volumes of concentrates, this will ultimately lead to the establishment of a metal refinery in the country, which means that Panama will eventually export metals and transformed metals instead of concentrates. It could also catalyze local manufacturing, which confirms the true potential to be reaped. This will not be easily achieved however, as refineries require significant volumes of concentrates to be economical. And yet Panama rests at the center of the world, and if we do establish a refinery here, demand will materialize.