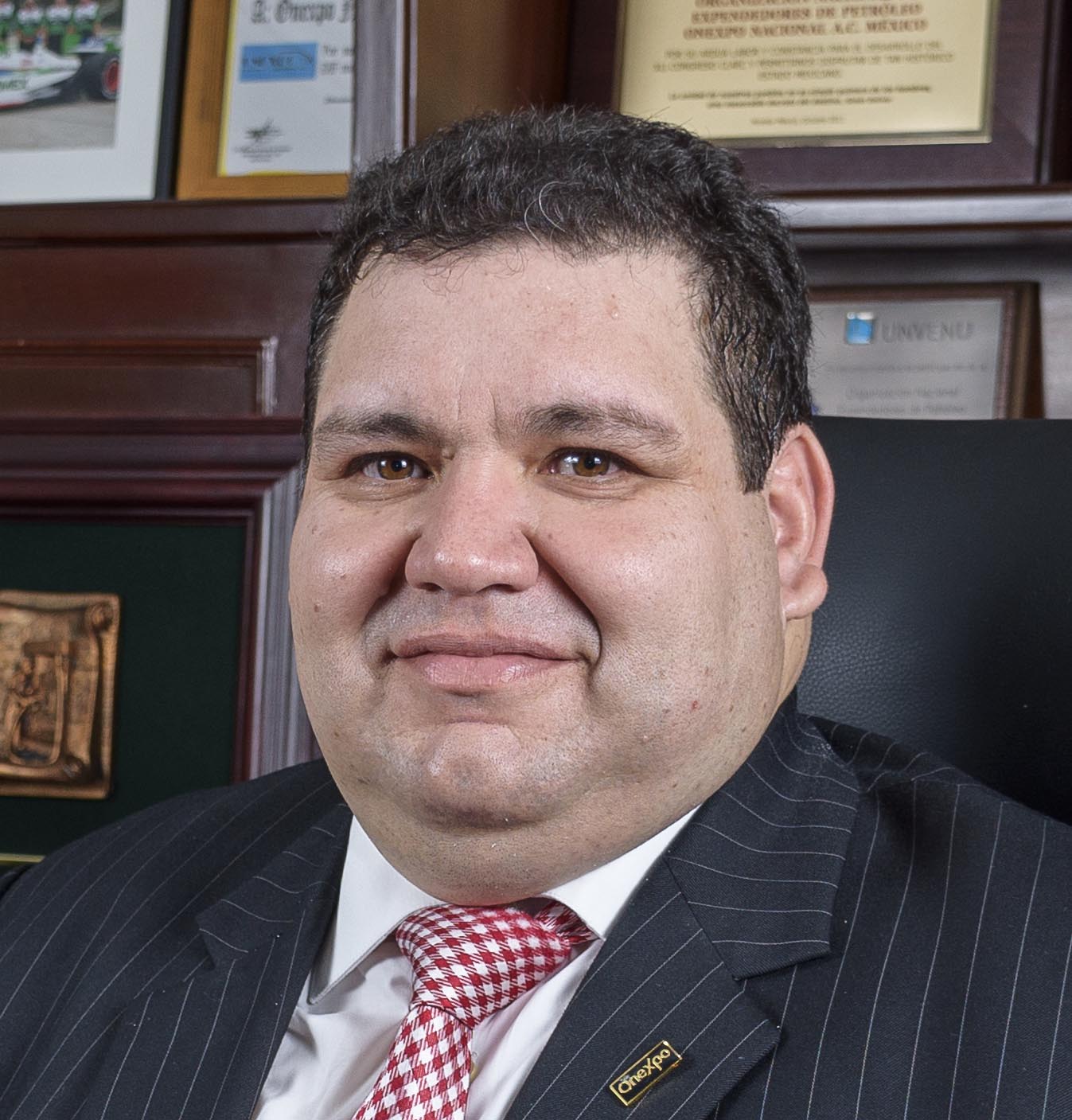 Roberto Dí­az de León Martí­nez has a degree in business administration from Instituto de Estudios Superiores de Monterrey (ITESM), and specializes in finance, shopper marketing, and innovation, in addition to having concluded a senior business management program. He also has an MBA, carried out the AD2 program of IPADE, and participated in the international conferences of the Kellogg’s School of Management of northwestern University, among other studies. Since 1998 he has been an active member of Onexpo SLP, where he has held various positions such as secretary, vice president, and president.

Share on:
As part of its process of reinvention, Onexpo is investing in new contactless payment methods, technology, and other areas as well as the professionalization of its employees.

What role does Onexpo play in the hydrocarbon sector?

We are the umbrella association of the gasoline and diesel sector. We are a group of associations and comprise 43 regional associations that have a presence in the 32 entities of the country. We represent 80% of the 12,800 gas stations in Mexico. We are the most representative organization. We are about to turn 35 years old. In that time, we have learned to become an important market player that maintains an active communication with the government.

What’s the current status of the industry given the recent regulatory changes?

The previous administration of the central Mexican government had planned a gradual opening process of the hydrocarbon sector to private players. Before that, this market was exclusively in the hands of the government-owned company Pemex. Private investment was authorized in upstream, midstream, and downstream activities. November 2017 was the last stage of the reform that opened the gas sector to other players and Onexpo welcomed the start of a new era in the hydrocarbon sector. After that, there was a growth of new gas stations. The growth was 1.5% YoY in terms of business units. As of today, 60% of the gas stations in the market are owned by Pemex, while the other 40% is owned by 75 different brands that comprise major international players as well as local companies. There are more than 170 different fuels. Shell, Exxon, and BP each have their own fuels. Recently, in May, the federal government approved a reform to the hydrocarbon law and a second reform to a transitory article related to the asymmetric rules that had been imposed on Pemex during this opening process. Today, we are seeing a process in which the judges are reviewing these recent reforms. Onexpo believes dialogue is the right path, and we can provide a lot to bring the parties together.

How do you seek to mitigate the effect of the pandemic on gas stations?

Onexpo is part of a bigger organization the Latin American Commission of Fuel Companies (CLAEC). Meanwhile, we are also in touch with the sector organization of the US and in Europe. In Europe, we reached out to the Spanish Confederation of Service Station Retailers (CEEES), which brings together the gas station business owners of Spain, and they explained the measures that were implemented in Spain during the pandemic. We then started to implement measures to protect the health of the collaborators. The gas station sector in Mexico did not lay off any of its employees. We generate more than 400,000 jobs in Mexico. We were considered an essential business, so our cash flow never came to a halt. There were months, however, where we saw a fall in revenues. We have since seen a steady recovery and are almost at pre-COVID-19 levels.

We are in a phase of reinventing ourselves. We are reinventing the gas stations and Onexpo itself. In this process of reinvention, we have to invest in the sector. We are investing in new contactless payment methods, technology, and other areas. In 2020, the sector invested MXN20 billion, and in 2021 it will invest MXN12 billion collectively. Onexpo is also revamping its offices. We have an area for training in our building and hold more than 100 training sessions per year. Each of our webinars have on an average more than 1,000 viewers. We want to continue with the transformation of the gas station sector by investing in training and its professionalization. These training programs are for managers and employees, and we have many different levels. All our activities are focused on four key areas: unity; innovation; acknowledgment as the most important association in the gas sector; and conscience, which is focused on sustainability and respect for the environment.