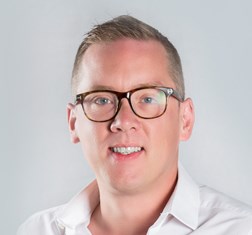 Mark Satchell joined RAZ Group as CEO of SQUARES in 2016 and was appointed Group COO of the All Entertainment Group in 2019. He was previously the Regional GM Middle East for Live Nation Entertainment and Operations Director for Saudi Aramco’s King Abdulaziz Centre (Ithra). He has extensive executive experience in the entertainment industry in the UK and graduated with a degree in professional acting.

Share on:
“Vision 2030 strives to promote Saudi businesses and engage with the youth.“

All Entertainment Group (AEG) manages a diverse portfolio of companies in the family entertainment and event sphere. Could you give us an overview?

MARK SATCHELL: In 2016, Saudi Arabia introduced the General Entertainment Authority (GEA), which has done fantastic things. It has put Saudi Arabia on the map and made it a serious contender when it comes to international entertainment content. At the same time, it has done it respectfully and has not gone too far over the line too quickly, as it has been a gradual process. Thus far, there have been events like the Formula E, with live acts like The Black Eyed Peas and David Guetta. AEG identified a big gap in the market, as most international events were bought in together with the entire supply chain. During the buying process, we were not necessarily getting the best service that we should be delivering to the people of Saudi Arabia. Next, we decided to bring in companies to form an entertainment group to assume full control over costs and, more importantly, quality. We strive to provide the best value for money experience. We are trying to build an industry from within; we do not want to continue to bring loads of international acts over that could already be done here with young Saudis. Illuminate, as an example, is an LED dance show from New York, though we already have two Saudi LED dance shows up and running. These are of great standard, though perhaps they do not command the fee they deserve because they are not international. Our mission is to bring them up to the international level and ultimately have them perform abroad on all the main stages. We are aiming to creating an industry both within and outside of the Kingdom.

RIYADH AL ZAMIL: For us, it is not just about making money, but rather about having an actual social impact and taking the opportunity to improve lives—that is what we want to be our legacy. There are many new companies in the entertainment sector, though we are truly local and have 10-15 years of experience. We understand it is not just about the show, but also about the entire supply chain, including construction, manpower, crew, AV, and F&B. We believe in importing expertise rather than re-inventing the wheel, so we wanted to play the role of mediator between international knowledge and local talent. This was aimed at creating the right mix to serve this market and build the supply chain that has international standards with a local feel. Localization is part of what we dream of and, fortunately, we were able to establish a joint venture with many unique international concepts. We were amongst the first companies to move into the entertainment sector long before it was on the government’s agenda. Our first company was an entertainment agency that focused on corporate events, and we have a great story with SABB Bank that got us started. Other companies realized that such events are part of the social fabric within a successful organization and followed suit. We were able to introduce corporate entertainment to Saudi Arabia, and our next mission was to activate areas for entertainment-urban activation. Grenada Mall was the first entity to sign with us to handle all its entertainment.

What are your upcoming plans to create shows and events with a strong local presence?

MS: Moving forward, we believe in a mix of getting shows from inside and developing local talent. We even believe we can bring a Saudi show abroad, for which we have the Saudi Orchestra called ‘Sixties until Now,’ a musical with all sorts of dances and music since the 1960s with a conductor, several actors, and a narrator who brings the story together. Now, Kuwait, Dubai, and New York are asking for it, so it will be the first local orchestra that will go international. Squares Events is another company under AEG that is focused on concept development, and a range of international shows. The company is almost entirely staffed by Saudis who are enthusiastic to create entertainment for their peers. Our task as management is to help them turn their dreams into reality with investments and seed funding. The common factor of AEG is that although we have separate companies, we are all connected through management and exchange of ideas. That said, the teams have a great deal of freedom, which is essential in the entertainment world.

How do you create and organize your own shows and events in Saudi Arabia?

MS: The important thing to remember with any form of creativity is to never squash it, as restraining creativity is a silly idea. At AEG, anyone can come to us with an idea. Sometimes, the most bizarre idea turns into the most beautiful products and shows. That said, we are not interested in creating pure entertainment, as we would like to create something with a message and a social experience. For the National Day 2017 celebrations, we created an event called Saudi Glow, which basically started as a brainstorm in the boardroom and became an amalgamation of all the different ideas. Instead of organizing it in the main cities, we brought the event to Hafr Al Batin, Abha, and Unayzah, and in each city we had 15,000 attend every single day. By the end of the weekend, we had reached out to 90,000 people. People who were possibly to western eyes religious people were dancing and celebrating, which is what the beauty of entertainment is. Rather than pure entertainment, there was a message of celebrating Saudi traditions. The responses to these shows have been incredibly positive, and people are grateful that they do not have to travel to see them. We love to create positive memories, whether it is through visual performances, sports, interactivity like breakout rooms, or edu-tainment, with concepts like Mad Science.

RAZ: When it comes to the supply chain, we have built up an ecosystem of sister companies to support any new initiatives. AEG is part of RAZ Group, which is essentially an empowerment company with around 90 entrepreneurs who founded and developed their company under our holding. We aim for synergies and jump in for mentorship and consultation where necessary. When they are up to speed, they can become sub-contractors or we can partner in another way. Generally, we do not believe in competition in our sector; rather, we find ways to collaborate. We were the first to invest in Grenada Square, which was just desert at the time, and we activated it into an entertainment zone. When Time Entertainment had the opportunity to bring Cirque De Soleil, we offered them our land, which benefited us as well as it increased the value of our property.

In recent years, the public ecosystem around culture, entertainment, and sports has expanded, with GEA, GSA, and a range of megaprojects. What is your assessment of these developments, and how do you interact?

MS: We have an extremely positive relationship with the government. I have absolutely no qualms that AEG will work with Qiddiya, Diriyah Gate, Red Sea Project, and NEOM; it is only a matter of time. At this time, however, there is a great deal of their focus on large international companies, which I completely get and support. It should be our task to make sure they know about us and that it is though our responsibility as a Saudi company is to reach out to them and show them our capabilities, which we will do.

RAZ: Vision 2030 strives to promote Saudi businesses and engage with the youth. We have a Saudi company that is driven by the youth. We were the first, and we are here to stay. Things are moving fast, and one should be nimble to move as the first. Since we started, we have focused to be a family entertainment group, and our success factor has been that grandfathers and grandchildren can come together. We have special activities for those in retirement homes and orphanages to have a broad social impact.

What can we expect in the coming 18 months?

MS: In terms of international content, there are some extremely famous brands that will come to Saudi, hopefully by the end of 2019. We also have a strong focus on creating more content locally here that will eventually go to the outside world. The orchestra is a great example of that, which we aim to take to APAP in New York this January, and which is the main meeting point to trade shows. If we go the coming year, I believe it will be the first-ever Saudi show on sale to the rest of the world.