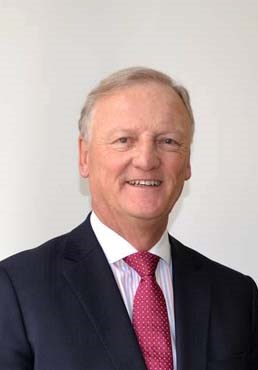 Ricardo Triana is Executive Director of CEA. Prior to joining CEA in 2010, he was director of the Colombian Government Trade Bureau in Washington. For over nine years, he worked with PROEXPORT COLOMBIA, both as director for Central America and Panama and as director of trade promotion and general manager of the agro-industry sector. In addition to his experience with the Colombian government, Triana worked in the private sector for 23 years as CEO of Jorge Triana & Cia. Ltd.

Through what mechanisms does CEA support American investment in the country?

We follow five strategic lines. One of them is networking, which is perhaps the origin of CEA. The second one is the business climate, because if we are able to provide and encourage a proper business climate in the country, companies will see the potential in Colombia. The third one is security; we have had a security committee for over 40 years and are still today the Bogotá Country Chapter of the Overseas Security Advisory Council (OSAC) since its creation by the Secretary of State of the US back in 1985. The fourth one is human resources; we are able to share best practices in terms of what these companies are doing for their employees throughout the world, especially during and after the pandemic. It has resulted in a great deal of positive experiences that we have been able to share with all our member companies. The fifth is social impact. All the American companies in Colombia are socially responsible. CEA provides them with that possibility through CEA Foundation where we bring together the different synergies that they provide. We can bring them projects as well as formulate projects for them.

What mechanisms does CEA use to find new partners and attract new companies?

After this pandemic, we have developed a strategic plan within our companies with three pillars. The first is the social impact bridge, namely American companies positively impacting the communities where they work, where they have factories, and where they sell. The second is building up the confidence of the people toward the private sector in multinationals. We have to raise awareness of what these companies bring to the development of the country and the wealth of people. The third one is how we can contribute more to the development of the country. We are trying to bring those small and micro-businesses into our supply chains to help them develop themselves through education and training to become members of our value chain. We are heavily committed to those three pillars, and given the challenges faced by Colombia and the new government to come next August, those pillars have become very important to our people and our country.