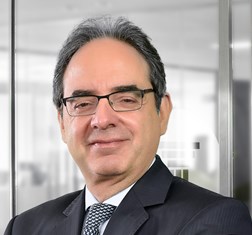 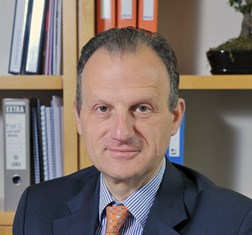 Share on:
Though tax evasion must be reined in, the best strategy for promoting growth is through investments, rather than penalizing initiative through excessive taxation.

What is your near-term view of the banking sector in Lebanon?

NASSIB GHOBRIL The role of the banking sector has and continues to be crucial in supporting the Lebanese economy. In the absence of a deep equity market, a developed corporate bonds market, and a private equity industry, the banking sector is the main source for financing of both the private and public sectors. Given the high level of confidence of stakeholders in Lebanese banks and their management, the banks have managed to accumulate USD172.5 billion in deposits from the private sector as of April 2019, which is about three times the size of the economy. This trust and high level of deposits has allowed the banking sector to meet the financing needs of the private sector by lending USD57 billion to Lebanese companies and households, and by covering the borrowing needs of the government by carrying USD33 billion in treasury bills and eurobonds as of April 2019. In addition, banks have supported Banque du Liban through various mechanisms and maintained a high level of liquidity, while managing to do all these functions simultaneously. This is in sharp contrast to other developed and emerging markets where governments have been supporting banks, especially in times of crisis. This shows the level of experience and trust in the Lebanese banking sector.

YOUSSEF DIB The country is facing major challenges, but I am cautiously optimistic about Lebanon’s way forward. The government has shown willingness to embark on the important set of reforms demanded by the international community, including its recent commitment to reducing the budget deficit from 11% last year to 8%; however, it is doing this mainly by increasing taxes, and with optimistic economic assumptions. We would like to see the government tackle the issue by downsizing public expenses and boosting GDP. The next big step will be to reform the electricity sector, which accounts for a large part of the national budget deficit. When talking about the debt-to-GDP ratio, it is important to focus not only on reducing the debt, but also on growing the GDP. The best strategy to promote growth is to feed it through investments, rather than penalizing initiative through excessive taxation. The expected investments in infrastructure coming from the CEDRE reform will also play an important role in kickstarting economic growth. Finally, the government should fight the illegal import market that is depriving the government of important tax revenues, killing what is left of our national industry, and pushing hundreds of family businesses into bankruptcy.

What upcoming goals and challenges do you foresee?

NG The first challenges that the economy faces in 2019 is to reduce the borrowing needs of the government and stimulating economic growth and activity. We estimate the fiscal deficit in 2018 to be 10.5-11% of GDP, compared to 7.2% in 2017. This increase, mainly due to the expansion of the public sector and the recruitment of about 31,000 people between 2014 and 2018, creates a burden on the economy. The public sector needs to downsize—like the private sector does when necessary—and remove functions that are obsolete or redundant, as well as close or merge about 93 public agencies and authorities that no longer have real work. Public expenditures have increased by 160% between 2005 and 2018, while revenues have not increased quickly due to tax evasion. Moreover, about 50% of companies and individuals in Lebanon do not pay their taxes in full. Thus, reducing expenditures and improving tax compliance, as well as enforcing fee collection, are essential. The banking system overall has been maintaining the stability of the currency, public finances, the economy, and social stability for the past 25 years, but it cannot continue to do this on its own.

YD There were several highlights to our strategy. First was the merger between BIT and NECB, which resulted in the new Saradar Bank in 2016. Second was the implementation in 2017 of a new unified core banking system, Temenos, which is one of the best around the world. We have also revamped our branches and launched a specific retail concept called S17. In terms of the loan-to-deposit ratio, we have an above average ratio that shows our strength on the corporate side and commitment to support the Lebanese economy. Overall, our strategy has been highly successful so far, enabling us to achieve the strongest growth in the market for three consecutive years (over 25% annually by all measures, deposits, and loans). 2019 should be a year of consolidation, laying the groundwork for strong profit growth in the coming years. Finally, we plan to strengthen our presence internationally—in Europe by year’s end and in Africa by 2020.