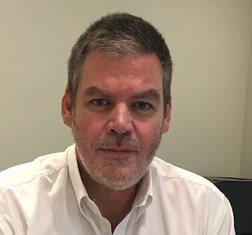 Share on:
As the first producer of long-life milk in Lebanon, Libanlait is safeguarding interests of local farmers and the environment.

Can you give us an overview of the company and its expansion plans?

We are a franchise of French cooperative Candia, one of the biggest in France. We are the first company in Lebanon that started producing long-life milk. We also produce fresh and pasteurized milk as well as all the derivatives of dairy such as labneh, laban, and goat cheeses. Moreover, we also produce juices. We are diversifying our offering by launching more cheeses and yogurts. Thanks to Candia, we invest heavily in technology and equipment, especially with regard to long-life milk, which is a sensitive product. We invested heavily to promote awareness about this as people are still not convinced our milk can stay in the carton for six months without being refrigerated. The company is in good financial shape despite the hard times; the volume went up from 500,000 liters in the 2000s to 15 million liters. We are also trying to expand our range and the number of franchises. At present, Libanlait’s business is based on a farm of 3,000 cows, which is its current capacity for one milking parlor in Bekaa. That includes 1,500 milking and 1,500 breeding cows, which means we replace our own herd. If we wish to expand, we need to do another unit with 4,500 cows because of the capacity of the milking parlor.

What is the main challenge for your line of business?

Our main concern is imports of dairy products from Saudi Arabia. The size of farms in Saudi Arabia means producers there can afford to sell at a much lower price. Moreover, their products are not taxed by Lebanon due to trade agreements. This forces us to bring down prices to such an extent that our sales are hardly profitable. It also affects Lebanese farmers from whom we purchase high-quality milk. Libanlait is working with the government to implement protectionist measures to support the farmers and the industry. Such measures in the agri-food business are common in most developed and developing countries and Lebanon should not be an exception. The industry in Lebanon needs to be supported through subsidies so that local production can compete with imported products. By far, powdered milk represents the largest source of competition for milk products; however, I do not consider this as a challenge yet. Milk powder is still predominantly used in all industries across the country and imported in higher quantities. However, Lebanon is still not at the stage where it produces enough milk to replace milk powder; thus, I do not see any problem in the two industries co-existing together.

What is the rationale behind the water recycling plant you are soon to launch?

We decided to invest in a major recycling plant to clean up the Litani river, which runs next to our production facilities. The river itself has ceased to exist, as there are more than 160 production units on the river which pollute it with waste, chemicals, and poison. Until now, there was no clear plan to counter the problem. We have been studying the situation and assessing different solutions for over four years, together with the Ministry of Environment and the UNDP. Finally, we selected an avant-garde technology solution provided by the Canadian company LWR. We got the World Bank to support the project with a USD2-million loan with a highly convenient interest rate and payback period. The machinery and equipment for the recycling plant will be shipped by the end of May and be operational by mid-July. The plant will recycle all effluent and white water from the production facility and produce clean water and liquid nutrients, which are ideal for agriculture irrigation. Thereafter, we will develop a big irrigation project with pivots and all kinds of irrigation systems. We are interested in partnering with universities to get students to learn about the recycling plant and involve them in a large-scale agriculture project—something quite rare in Lebanon.