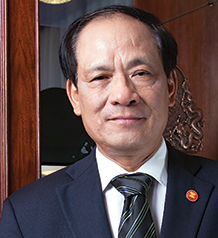 Share on:
TBY talks to HE Le Luong Minh, Secretary-General of ASEAN, on the advantages of the establishment of the AEC, the economic opportunities available to member states, and boosting member states' infrastructure capabilities.

What benefits does the opening of the AEC bring to ASEAN member states?

ASEAN member states stand to benefit significantly from the establishment of the AEC as it will bring about new opportunities in the form of a huge market of over USD2.5 trillion and 620 million people. The community comprises of some of the world’s most dynamic economies, and amidst the diversity lay complementary strengths and potential. The collective efficiency arising from the economic community will contribute toward higher growth and employment creation in the region. The AEC has led to the creation of a business-friendly and innovation-supporting regional environment through the adoption of common frameworks, standards, and mutual cooperation across various areas such as agriculture and financial services, competition policy, intellectual property rights, and consumer protection. It also supports improvements in transport connectivity and other infrastructure networks that have facilitated cross-border transportation and contributed to reducing overall costs of doing business, while providing ASEAN’s people and businesses with better opportunities to work together more productively.

To what extent are member states prepared for the AEC?

Member states have continued to maintain strong commitments toward the region’s economic integration agenda. The recent establishment of the AEC 2015 and the launch of the new AEC 2025 Blueprint are testament not only to this collective commitment but also to the importance accorded by the member states in preparing for the realization of the AEC. Indeed, the near completion of the implementation of the AEC Blueprint 2015 and the renewed commitment to complete the implementation of pending key measures by end 2016 along with the immediate priorities of the AEC Blueprint 2025 signify the readiness of member states to embrace the AEC.

As many of the low-hanging fruits have been achieved, member states have realigned their focus to tackling the more challenging areas of economic integration.

Which sectors should member states prioritize in the AEC?

ASEAN member states possess varying comparative sectoral and resource advantages. In a world of global value chains, however, economic specialization is bound less and less in terms of sectors or industries, as mobility of skills, technology, and even capital becomes more fluid. The collective strength that is built on these complementaries has in turn contributed to collective competitiveness. As economies globalize and integrate, more economic opportunities arise as production becomes internationalized. The correct question is no longer about which sector to specialize in but how to specialize; having said that, ASEAN previously embarked on the priority integration sector initiative, aimed at targeting the region’s limited resources at those sectors that were deemed of great economic importance. In the newly launched AEC Blueprint 2025, enhanced connectivity and sectoral cooperation are emphasized first by focusing on functional sectors that serve as critical inputs to other sectors and industries that contribute to economic connectivity and enhancing ASEAN participation in global value chains. Second, the new blueprint also focuses on strategic sectors of economic importance to the region ranging from food, agriculture and forestry, tourism to healthcare, among others. These are areas where sector-specific form of cooperation and initiatives is deemed meaningful for deepening economic integration.

What role can member states play in boosting infrastructure capabilities within the ASEAN bloc?

Infrastructure remains the backbone of the region’s economy. ASEAN has set out the regional plans to boost infrastructure capabilities that include improvement of the infrastructure, networks and operations in order to build a more interconnected region. To this end, to translate regional commitments into national implementation should be a top priority in the ASEAN agenda by pushing for ratification of ASEAN agreements, alignment of domestic laws and regulations to regional commitments and setting-up of the requisite institutions and infrastructure to support the implementation of ASEAN agreements at the national level. In this regard, ASEAN’s work toward improving environment and opportunities of infrastructure investment can play a pivotal role in attracting investment into its regional infrastructure which is key to securing stronger and more sustainable economic growth.