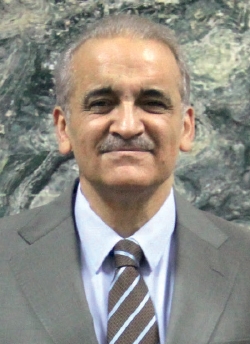 Bilal S. Hamad has been the Mayor of Beirut since June 2010, and is a Professor in the Department of Civil and Environmental Engineering at the American University in Beirut (AUB). He is also a Consultant in the areas of design and construction of reinforced concrete and steel structures, earthquake engineering, and the repair and strengthening of existing buildings. Professor Hamad received a BE in Civil Engineering from AUB with distinction, and an MS and PhD from the University of Texas at Austin with distinction. Hamad has won several scientific awards, and in May 2011 was elected into the Academy of Distinguished Alumni of the University of Texas at Austin.

Share on:
What are the municipality’s most significant ongoing infrastructure projects? I am happy that we have finished the René Mouawad Sanayeh Garden. We wanted to create a new concept for a […]

What are the municipality’s most significant ongoing infrastructure projects?

I am happy that we have finished the René Mouawad Sanayeh Garden. We wanted to create a new concept for a garden that all the generations could come and enjoy, and we also included a new amphitheater. We have approved a new master plan for the Horsh area of over 300,000 sqm. We are currently preparing a tender document so we can have a private company provide us with maintenance, security, and administration. I believe in public-private partnerships (PPPs) in respect to the city’s projects.

Are there any concrete plans for other forms of public transport or cycle routes?

In respect to transport, the Council has commissioned the consultancy firm TEAM to do a study. One major objective is to get the stakeholders in Beirut to believe in public transport, and this needs media exposure, town meetings, and more. TEAM will identify short-term actions, consider the prerequisites for starting organized public transport in the city, and propose detailed plans and designs. We will need to consider issues such as separate bus lanes, which highways to use for ground transportation, the possibility of a tramway, and whether we need an above-ground transit system. We are considering monorail transport—it is efficient and people are asking for that. Overall, traffic and public transport issues are at the top of our list of priorities.

What is the current status of the Fouad Boutros Boulevard?

The Bechara El-Khoury tunnel, under one of the busiest intersections in Beirut, will be completed in 2014. The Fouad Boutros Boulevard is an old project that goes back to the 1970s. The owners of the lots along the alignment received their compensation in the 1970s and 1980s. All the subsequent building construction that took place from the 1980s through to the present day is based on that alignment; however, we are still trying to execute it today. Our administration needs more efficiency; this project has taken 40 years to date, and the problems are accumulating. We also have a significant problem with traffic, parking, and green spaces in Achrafieh. This project will partially solve the problem for all the traffic coming from the mountain area crossing the narrow streets of Achrafieh and going to the Charles Helou highway along the coast.

How much is the total investment in the project and what is the timeframe for its execution?

The Council has put on hold around $75 million to execute Fouad Boutros Boulevard, which includes a small bridge over the Charles Malek highway, and then a tunnel under the residential area so we can keep all the streets intact at ground level without destroying anything. Second, we will have almost 1,000 underground parking spaces at three different locations along the alignment to provide room for cars that are causing a negative environmental impact in Beirut in the Achrafieh area. Then, above the tunnel, in the residential area, we will have a beautifully landscaped area. At present, we are awaiting an environmental impact assessment study executed by a private firm along with a new traffic model.

How are you working with the ministries to improve wastewater treatment facilities around Beirut?

At the moment, we are coordinating with the Ministry of Power and other ministries on the wastewater treatment plant. This is a high-priority project that has been neglected for a long time because any wastewater treatment plant for the northern part of Beirut also has to serve Bourj Hammoud and part of the Metn area. This meant the plans were put on hold for decades; however, since we started our term, we have been lobbying to start this project. Now, we have a protocol of cooperation between the Council for Development and Reconstruction (CDR), the Ministry, the Municipality of Bourj Hammoud, and the Municipality of Beirut.