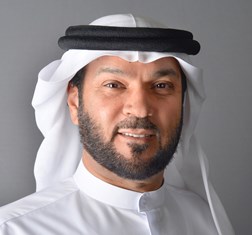 Sultan Abdullah bin Hadda Al Suwaidi has been Chairman of SEDD since 2012. Prior to being appointed Chairman, he served as Secretary General of Sharjah Consultative Council from 1999 to 2012 and Director of Membership Affairs and Transactions at the Sharjah Chamber of Commerce and Industry from 1988 to 1999. Since 2012, he has been a member of the Sharjah Executive Council, the Emirates Standardization Authority Council, and the Economic Coordination and Cooperation Committee. He holds a bachelor’s degree in public administration and politics from UAE University in Al Ain.

Share on:
As the Emirate's economy expands, SEDD guides projects in the right direction.

How would you assess 2018 as a year in terms of business prosperity and economic output?

It takes a long time to evaluate economic data. Also, when discussing such issues, we should be paying attention to areas such as economic sustainability, economic flexibility, and governance of the economy in general. However, Sharjah’s economy achieved good growth in 2018 with a rate of 3% with an average cumulative growth rate of 3.9% in the years preceding 2018 (3.4%, 3.8%, 7.7%) at current prices despite the volatility of world trade markets and the pressure of government spending. Based on historical data, Sharjah’s GDP growth has one of the highest rates of sustainability locally, regionally, and internationally. It also refers to the average cumulative economic growth in Sharjah over the last 10 years. This means there is sustainability in the economy of the Emirate, which has excellent control over any structural imbalances. Thus, the overall situation is optimistic in an economy where GDP rose to AED93 billion (USD25 billion) in 2018. In addition, one of the most important pillars of optimism and sustainability is that the industrial sector remains the largest, with a relative weight of 16.9%. Sharjah’s economy depends on three main sectors, namely the retail trade sector, which hit a relative weight of 12%; financial and insurance activities, with a relative weight of 10.3%; and real estate activities at 13%.

In your view, which sectors are currently exhibiting the most potential for investment in Sharjah?

Sharjah has long been a major attraction for individual and family investments. It was the first Emirate to have an airport as well as the first educational centers, schools, and libraries. In addition, Sharjah has one of the largest and oldest commercial ports, the port of Khor Fakkan. On top of this, Sharjah is characterized by its high absorptive capacity, thanks to the presence of the most important industrial zones established in the country at the end of the 1970s. Today, it has a major base in attracting foreign investment, especially in the field of industry. That base provides a range of important industries that offer foreign investors a great opportunity to run their projects well and thus encourage even more investment.

How is increasing digitalization and AI affecting the economy in Sharjah?

The Emirate of Sharjah has industrial zones that boast not only labor-intensive operations but also technologically advanced activities. These companies export to a wide number of countries around the world and the Gulf region and are becoming more aware of the need to innovate thanks to the work of institutions such as the University of Sharjah and the American University, as well as the increase in innovation incentives in the Emirate. The ICT sector represents 2% of GDP, while scientific and technical activities represent 6%. These two areas grew by 1.8% and 3.1% in 2017, respectively, encouraging growth across the Emirate through the development of new technologies. Also, His Highness, the Ruler of Sharjah, called for the establishment of two centers for technology. The first one is in place at the American University of Sharjah and the second is in a free zone but under the management of the University of Sharjah. They work to adapt any new ideas and improvements in the technological field.

What are your main goals and objectives for 2019?

Growth in Sharjah continued in 2018 in various sectors based on the growth achieved over the past 10 years. The Emirate has not been affected by external volatility, but the growth rates achieved have made the department keen to lead development in all areas through clear objectives. These objectives include controlling markets, increasing investment, and facilitating procedures.