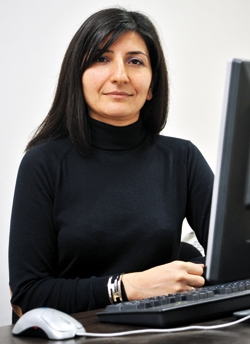 Read All About It

Sevil Mikayilova graduated from the Azerbaijan University of Languages. She worked in the country’s media outlets for 15 years, and held the position of Editor at the Azerbaijan State Radio and Television Broadcasting Company. She was Deputy General Director for International Broadcasting at the Trend News Agency before becoming the Editor-in-Chief at AzerNews.

Share on:
How would you describe the investment climate for international investors in the media sector? First, I would like to note that Azerbaijan has a dynamically developing economy with a large […]

How would you describe the investment climate for international investors in the media sector?

First, I would like to note that Azerbaijan has a dynamically developing economy with a large consumer market and solvent demand. The country has a unique geographical position and possesses rich natural resources that promise huge revenues. All the conditions of a favorable investment climate have been ensured. The investments worth tens of billions of dollars made in Azerbaijan testify to the fact that local and foreign investors are showing interest in the country in terms of attractiveness. I believe the low investment risk associated with financial and socio-political stability refer to Azerbaijan’s investment advantages. As for the media sector, anyone can run a media outlet without licensing.

How does AzerNews deal with the challenges of press freedom in Azerbaijan?

In my opinion, the decisions taken to ensure freedom of speech and the press in Azerbaijan over the past few years have significantly promoted a solution to many challenges in this sphere. There are no restrictions on operating media in the country, and media outlets function without licensing. Azerbaijan’s media is the most developed in the region. It is so gratifying to note that 156 media outlets were registered in Azerbaijan in 2012 alone. The total number of registered media outlets exceed 4,700. The approval of a defamation law, which the Azerbaijani government put up for public discussion, will relieve journalists of criminal responsibility. There is no problem with freedom of speech and the press in Azerbaijan. The Azerbaijani media, including AzerNews, immediately reacts to any serious issue in society.

How is AzerNews expanding given the increasing expatriate population here in Azerbaijan?

The sustainable economic development of Azerbaijan makes our country attractive to foreigners, whose numbers have increased each year. Azerbaijan has built many hotels and is prepared to receive the increasing number of tourists. AzerNews, with a predominantly international audience, is keen to guide the country’s expatriate population deep into the economic, social, and political life of Azerbaijan, and satisfy their interest in the national culture and history. Taking into consideration the variety of sectors foreigners are involved in, we focus on different fields of the economy: business, the ICT sector, and tourism. AzerNews tries to serve as the best source of information for the expatriate community and strengthen as an online media outlet.

What will be the topics to look out for on the Azerbaijani news agenda in 2013?

I think the upcoming year will be a very important period in the country’s social and political life. Azerbaijan will hold presidential elections in 2013 in accordance with the Election Code. Coverage of this important event will be the top priority, along with highlighting the socioeconomic and political life of the country. The unresolved Nagorno-Karabakh conflict, which emerged as a result of Armenia’s territorial claims on Azerbaijan, will remain the top of the Azerbaijani news agenda in 2013. AzerNews will continue its efforts on informing the international community about Azerbaijan’s fair position on the conflict and violation of the rights of over 1 million Azerbaijani refugees, who were ousted from their homes during the war with Armenia in the 1990s. At the same time, encouraging the development of the tourism sector will be another topic high on the agenda.

What are your medium-term plans for AzerNews?

AzerNews is keen to become a leading regional newspaper fully covering the South Caucasus, the Middle East, and Central Asia. To become a reliable source of information and reference is a challenge for us. AzerNews is also eager to further develop its website by using advanced technology. Our newspaper will become more active on social networking sites, including Facebook and Twitter. We strive to increase traffic and become more popular for references by our numerous readers. Our focus is on expanding subscriptions through electronic systems, including NewspaperDirect, where AzerNews is represented now. The latest news is posted on the website, social networks, and the iPad. Nevertheless, the printed version is still valuable for me personally and our team.