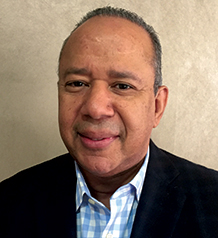 President of the Chamber, Dominican Insurers and Reinsurers (CADOAR)

With an academic degree in accounting from the Universidad Autónoma de Santo Domingo (UASD), Miguel Villamán has been linked to the insurance sector for more than 40 years, holding positions in both the private and public sectors. He currently holds the position of CEO of the Dominican Chamber of Insurers and Reinsurers (CADOAR).

Share on:
TBY talks to Miguel Villamán, Executive President of the Chamber of Dominican Insurers and Reinsurers (CADOAR), on the make-up of the local insurance sector, the barriers to growth, and educating the population on the necessity of insurance.

How has CADOAR’s role changed since it started in 1972?

CADOAR is an institution that brings most of the insurance companies in the country together. I say most because only those that comply with the laws are permitted to join. It has an important role in the legal development of the different measures taken by the insurance sector because it maintains contact with public institutions, such as the public tax regulators, and promotes the sector and works to ensure good practices by all the insurers in the country. It also provides financial statistics about the sector and boosts education about the benefits of insurance throughout the country.

Five insurance firms control 80% of the Dominican insurance market. What advantages and disadvantages does this bring?

In the past, there was a problem of giving away too many licenses to insurance companies. In the 1980s, they were 54 companies operating in the Dominican Republic. This was too many and the quality of services dropped within the sector. The population might sometimes think that all insurers are the same, but this is not the case. The issue with those smaller companies is that they may offer lower premiums but have a higher risk of insolvency compared to bigger insurers. Bigger companies have the largest market share because clients prefer the security they provide. The low prices of smaller or newer companies are a threat to bigger companies’ stability. Hence, it is important to prevent instability in the sector and watch the activities of all the different companies in the market closely to ensure that customers do not suffer.

What factors hold back growth and further penetration of the market?

Has there been any progress in getting this changed?

CADOAR is in talks with the authorities about the importance of boosting the life insurance sector and changing the tax system. Another negative element is that not all the requirements that should be implemented are being done, particularly with vehicle insurance. There are 3.6 million vehicles in the Dominican Republic, but only 60% of cars and merely 10% of motorcycles have insurance. Even the Dominican government has few insurance policies. Almost all the public infrastructure works and government buildings are not covered. We have to be reminded that we are in a country that is exposed to earthquakes and hurricanes. Hence, if there are disasters like these, we would lose almost all of these critical investments that make the city work. This is the main barrier that we encounter in boosting the insurance sector.

What direction do you see the insurance sector heading toward in the next five years?

The Dominican Republic is growing and the government, especially the Superintendancy of Insurance, wants to make the population more aware of the benefits of insurance as a defense against risk. Such is its commitment to educating the population that it is even trying to include the subject in children’s academic curriculum to get young people to understand how important it is to get an insurance policy. It is also working with financial institutions, introducing micro-insurances, and trying to get SMEs covered with different policies. According to the National Statistics Office, there are 3 million homes in the Dominican Republic, but only 14,000—or 0.5%—are covered by an insurance policy.