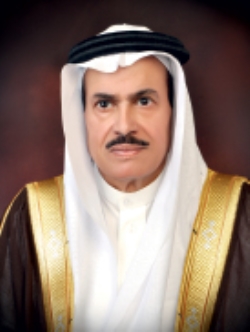 Mohammed K. Al-Suwaiket has a degree in Civil Engineering and is currently the President of Saudi Railways Organization. In addition, he is the Acting Governor of the Saudi Railways Commission. He spent much of his career with the Department of Roads and Transport and the Ministry of Transport.

Share on:
Rail has a long history in Saudi Arabia that began with the Hejaz railway. What is the Saudi Railways Organization (SRO) doing to expand the rail transport platform in Saudi […]

After the Hejaz railway, Aramco started constructing a railway between Riyadh and Dammam via Hofuf and Haradh in 1951, and the line stretched for 560 kilometers. SRO was established in the mid-1960s and constructed a direct passenger line in the 1980s between Riyadh and Hofuf. Now, SRO’s activities cover passenger links between Riyadh and Dammam, as well as cargo. We have 10 scheduled passenger services on that line, five from each end, and we recently added another two from Dammam to Hofuf. We have 16 cargo trains operating daily from Dammam to Riyadh, transporting containers from the seaport in Dammam to the dry port in Riyadh, which we also operate. In 2013, we moved 534,000 containers, and we plan to increase this number even further. We also carry cement from the factory to the port in Dammam for export. In addition to this, we are also increasing our transportation of imported cars from Dammam to Riyadh. We currently have 20 wagons solely for that purpose, and intend to build on this operation. SRO has a program to add more locomotives; we have already taken delivery of some, while more are currently being manufactured. We signed a contract with a US company to manufacture 500 wagons to carry cement, corn, and limestone. In addition to that, we are currently in the bidding stage to develop more freight lines, such as the 213-kilometer stretch for a double line from Haradh to Riyadh. This is part of the larger project for the Dammam Port, and the great plan to expand the port’s capacity, both in terms of cargo and its ability to receive ships.

How will the Haramain high-speed train change the experience of pilgrims, and also energize commerce in western Saudi Arabia?

In global terms, high-speed rail is not new; however, in Saudi Arabia we face particular challenges in terms of design and the type of rail systems needed to suit our conditions. The line will run from Mecca to Medina, passing through Jeddah and King Abdullah Economic City. It will be 450 kilometers in length, with an operational speed of 300 km/h, using electrically powered trains. Phase I of the project consists of two packages, the first one for civil engineering, and the second for the passenger stations. There will be five stations, at Mecca, Jeddah, King Abdullah Economic City, Medina, and a station connecting King Abdulaziz Airport that will support this project. Phase II will be carried out by a Spanish consortium. There are 12 Spanish companies involved in total including three government companies and two Saudi companies on the project. They are working together to construct everything, including the rail, communications, control centers, and training centers, as well as carry out maintenance and operations works for the next 12 years. Under that contract, 70% of the workforce will be Saudi Arabian nationals before the completion of the operation period, and, of course, they will be trained throughout the project. Because it is going to connect Medina to Mecca, even without the Hajj pilgrims, the network will move at least 50 million passengers a year. When it is complete, I believe everyone will take the train, which will enable the freer movement of human and intellectual resources across the region. This development will have a huge impact on the people and the country.