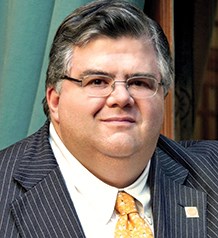 Agustí­n Carstens was born in 1958, and holds a PhD in Economics from the University of Chicago. He began his professional career in 1980 at Banco de México. He has held many positions within the institution, as well as serving as Executive Director of the IMF, representing the casting votes of Spain, Mexico, Central America, and Venezuela. He served as Minister of Finance between 2006 and 2009, and in late 2009 he was appointed Governor of Banco de México.

Share on:
"The behavior of the peso is a result of Mexico having a flexible exchange rate system."

How successful have Mexico’s recent structural reforms been in stimulating economic growth?

The structural reforms have been far reaching, not just in energy and telecoms but also in labor and education as well as anti-trust laws and reforms, which is more within the mandate of Banxico. All reforms have led to positive results, although it might not be that obvious in all cases, especially considering the effect of adverse external scenarios and factors. The economic growth that was expected and hoped for has not necessarily materialized to the extent we hoped. But of course, it is hard to estimate and measure what the effects would have been without those reforms. The reforms have been productive and positive. The other side of the coin in terms of increased production is lower prices, and we have seen some substantial decrease in prices, at least in telecoms, electricity, and gasoline. Important progress has been made in that sense.

Should investors be worried about the recent decline in the value of the peso?

The behavior of the peso is a result of Mexico having a flexible exchange rate system in which the peso can adjust to how the international environment performs. At the same time you want strong fundamentals to also serve as an anchor. When you anchor a ship, it can still move, without drifting aimlessly. That is a good way to look at the peso now. Unfortunately we are facing an adverse international scenario. In 2015, we saw low growth globally, with low commodity prices and incomplete recovery in the US economy, along with additional measures by the Fed in the way of normalizing its unconventional monetary policy. Add to that various other geopolitical issues like Brexit and the US presidential election, and those issues create jitters in markets, which affect the exchange rate. To a large extent, however, there is confidence in the strength of the macro framework in Mexico. We recently received an important vote of confidence from the IMF that granted an extension in flexible credit lines. The IMF has a flexible credit line with which it helps countries prevent a crisis rather than resolving one. It basically extends the credit line for well-performing countries. This shows the country is evaluated highly and that it supports our policy framework. It also means the IMF puts money behind its words, in this case to the tune of $88 billion, which is a substantial amount. That is an important vote of confidence. As time passes and as some of these unknowns are clarified with progress in terms of implementing structural reforms, and as the US grows more robustly, this will play in Mexico’s favor.

Why is the Sistema de Pagos Interbancarios en Dólares (SPID) being implemented and how is it beneficial for the economy?

In Mexico in different sectors we have important production chains that have developed, and often they have to make payments among themselves in dollars. We know these transactions take place, and often these payments take a long time, sometimes days or even weeks. Sometimes they are also subjected to issues relating to the regulatory environment in the US. Mexico has one of the best large- and small-scale payment systems in pesos, which is an important platform. You can make retail payments from one account to another account in a matter of seconds. That was facilitated by the fact that participating banks have accounts in Mexico and the Central Bank can give intraday credit and so on. Now, we cannot give intraday credit in dollars, because we are not the issuer of dollars, but we can complete the transaction in minutes in some cases, or in a few hours at the latest, but certainly during the day. That diminishes the transaction costs of many businesses in Mexico and this is something built on existing infrastructure. We basically adjusted the peso system for dollar transactions, with the obvious limitation that we are not the issuer of the currency. There are strict regulations concerning who can open a dollar account; individuals cannot open a dollar account, for example. The only thing we promote is the ability to make payments in a more efficient way between dollar accounts that already exist.