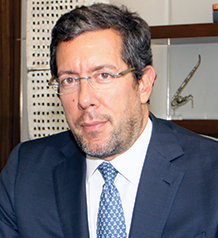 Mario Saradar is the Chairman and CEO of Saradar Bank. He has been Chairman and CEO of Marius Saradar Holding, Saradar Group, and other group affiliates since 1992, when he was appointed Chairman and General Manager of Banque Saradar. He earned a BS in economics from University College London, and holds diplomas in financial instruments from Institut des Techniques de Marché and portfolio management from Institut de la Bourse et du Titre. He has been elected to the Board of the Lebanese Banks Association and is currently a member of the International Chamber of Commerce, Rassemblement des Dirigeants et des Chefs d’Entreprise Libanais, and Young Presidents’ Organization.

Share on:
TBY talks to Mario Saradar, Chairman & CEO of Saradar Group, on the unique challenges of operating in Lebanon's real estate sector, remaining competitive, and sectors of interest.

Can you talk about some of the flagship real estate projects that Saradar has been involved in?

We recently built the Abdel Wahab project, which will be delivered to clients, and we also have another big project in Gemmayzeh, which we are just starting and will be finished within two years. The three main projects will all be developed now in Lebanon and we have some other projects in the mountains as well, such as a real estate development project, which will be launched soon. We are also looking for opportunities in London and in the US, as well as income-generating projects elsewhere.

Given the challenges faced by real estate in Lebanon, what is your vision for the sector at the moment?

The sector has slowed down due to current events in the region and the economic uncertainty raised in Lebanon over the past few years; nevertheless, real estate is still interesting, as most players in the country have sufficient means to stay in the game without relying on private financing. The opportunities are still present, mostly outside of Beirut, and somehow are still stable and have positive margins. The trends are shifting toward smaller properties, and this is prompting important growth for small developments throughout the country where we are looking for opportunities to grow. Our expectation is that real estate will boom again shortly once the situation in the region gets better.

Can you tell us about the recent merger between Near East Commercial Bank and Banque de l’Industrie et du Travail?

When we acquired NECB, our ultimate goal was to create a medium-sized bank focused on offering a quality service capable of developing its own digital banking division. All major banks in Lebanon have formed extensive networks, and they have a strong presence in the market. However, we thought that there was a niche market to explore in digital banking to reach new clients, those who represent a new generation, and those who look for efficient banking solutions. On the private banking side, we expect to compete at the same level as large banks but offer better services and a better reporting system. We are currently changing the IT structure of our newly merged bank and we could not be more excited by what this new entity will bring to the financial sector in Lebanon.

The banking sector in Lebanon is over-saturated, increasing competition. What is your strategy to remain competitive?

Our advantage will probably be our size. Banks grew rapidly and became big for Lebanon, but they were not able to offer an equally good service to their clientele. They are mostly focused on high-end clients and leave a considerable portion of medium-sized clients unattended—that is the sector we are targeting. In the digital world, none of those banks have developed themselves, and we hear that other banks will be growing in that area, but there is nothing concrete thus far. Overall, our idea is to become a specialized bank with efficient services covering a wider range of clients.

Where would you like to see the group growing in the future and what sectors are you interested in getting into?

Today, we have reached all the sectors we wanted to reach, and now we will focus on being a major player in each of them. We are strengthening our construction arm in real estate so that we will not only be developers but also contractors, as there is great potential in the eventual reconstruction process in places like Syria and Iraq. Internationally, we want to be more present in real estate and eventually in the financial sector in Africa, where we believe there is a great deal of potential for development. Our next step is to develop internationally in promising markets, and we are directing our efforts in that direction.